My approach to each family law case is specifically tailored to the needs of each client. Some cases require aggressive litigation, while other times, settlement is the best (and cheapest) choice for all involved.

As your attorney, you can expect me to give you guidance based on the law, and to be transparent with you about your options. My role is to advise you, but not to make decisions for you. I enjoy partnering with my clients to get them their desired outcome.

I am also very responsive to client communication. I pride myself on keeping you updated - daily when needed - on the goings-on in your case. It is my job to demystify the litigation process, and help you achieve your legal goals. 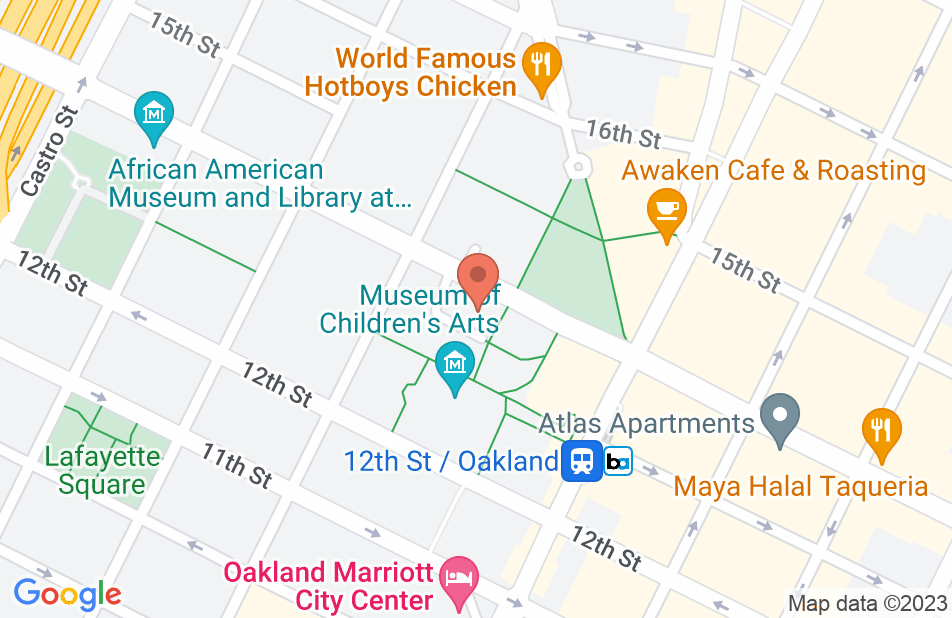 Angela has represented my family for 3 years and she is amazing! I have restraining order, custody, and child support case against my ex who is a political figure. Angela is amazing for many reasons but here are my top 3: she knows the law and the judges; she is tech savvy; she is empathetic. When I was assigned judge Nöel Wise Angela recommended we switch judges and she was so right! Also, when my ex attempted to divert the case to his political egotistical self, she redirected the case back to the well-being of our son. Second, I text Angela (Yes, TEXT) if anything comes up, like an R.O. violation, and she responds quickly with a call or text. Third, she understands survivors of domestic violence in the justice system- sometimes the system is not just. However, she advocates strongly for justice! I really trust her with everything!
This review is from a person who hired this attorney.
Hired attorney

Angela was very patient and thorough during my consultation and completely exceeded my expectations. She will help guide you along the process with her knowledge and expertise. Thank you Angela, for everything! You're amazing!
This review is from a potential client who consulted with this attorney.
Consulted attorney

Angela was my lawyer in a domestic violence restraining order case. I called several lawyers in the Bay Area while looking for a good fit, and Angela by far made the best impression on me. The first time we spoke on the phone, we spoke for quite a while at no charge. She went through how she would handle the case and I was impressed with her strategy. It was evident that she really cared about my situation, as was not out to just make money. She even gave me the name of another lawyer that did sliding scale work in case I needed a lower-cost option. In the end, I went with Angela, and I am so glad that I did! She was always on top of things, has a very solid knowledge of family law, was always prompt, and always had a solid strategy for how to move forward. During the entire case, the opposing counsel was trying everything possible to make the process harder for me, and frequently dragged their feet on things that needed to get done in the case. Angela took over several tasks that really should have been the responsibility of the opposing counsel because she wanted the best outcome possible. She did not even charge me for these things, which was very generous. In the end, Angela was simply a much better lawyer than the opposing counsel and was able to negotiate a settlement, which saved me a lot of money. Everything that I wanted Angela was able to get for me, including a long-term restraining order and required anger management for the respondent. Angela was even able to get a significant part of my lawyers fees paid for by the opposing side. I could not have gotten nearly as much without her. This was an extremely difficult situation for me to deal with, but Angela made me feel like there was someone on my side. If you are looking for a family lawyer, you will be hard pressed to find someone better than Angela.
This review is from a person who hired this attorney.
Hired attorney

I had Angela as my closing lawyer in my divorce, when my primary lawyer went on maternity leave. She literally took over my case and came up to speed very quickly and efficiently in 1 day. I was impressed with her thoroughness, her professionalism and her willingness to be proactive and be available even though the opposing counsel was not always as forthcoming. The transition was done at a very critical time in my case and it was completely seamless. I found her to be very well versed in family law in Alameda county..Highly recommend her.
This review is from a person who hired this attorney.
Hired attorney

Positive Redirection and Reclaiming Your Voice after Divorce.

Thank You Angela for Validating my case and the past issues that I had with my divorce experience within the family law dynamic. You were the first, and only lawyer from my experience, You gave me my voice back. I was able to discuss with you power struggles, and negative blocks that were happening in within my relationship between my ex of 3 yrs, and it's potentially negative effect on our teenage children. My comments to Angela were not minimized because my children are teenagers. Nothing, has been lost, but much gained with the court experience and the interaction that you gave to me the short time I worked with her. I thank you for trying to resolve the conflicts with my ex husband before this issue had to be taken to court. You tried to bring to the table a way for us Not to Go to Court, by asking us to utilize private mediation as a tool for re- structuring issues with child custody and parenting since the final divorce 3 yrs ago. Angela handles precise documentation with care credibility,& accountability. Issues with my Ex had to be chronologically documented and timely, and Angela gave me a platform to speak my truth said mattered. Angela really advocates for her client, and the client's children, making the client feel fully represented . This gave me validation and improved my self esteem as a parent and mother who wants to avoid unhealthy communication patterns and avoid exposure of negative reacting for my children. Angela always remained very positive and showed an reasonable approach for the opposing party to actually think about what the priorities are , and what is ultimately in the best interest of not only the other party, but the children. She clearly shows a path on how to get to the best possible resolution to avoid costly, & lengthy litigation by proposing simplified choices for both parties. For Me, Angela represented the compassion, transparency , and trust that I felt I had not been given when I went thru my divorce. She was not intimidating,and made me aware of my rights, and how to access them. I only wish that I had had her represent me during my divorce proceedings, because my experience would have been totally different, and I feel that I would not have been so traumatized by the experience. Angela is remarkable to me because she is willing to defend the client who demonstrates love,compassion and dedication to raising healthy children/teenagers. She does this by reaching out to the opposing party personally thru constructive e-mails, even phone calls are trying to reach a resolution in a positive realistic manner, and time frame. Her communication style is approachable, not hostile, threatening , or aggressive, but to the point that resides with the continuity of keeping consistent,secure, and healthy interactions for the goal of optimal parenting communication when parenting styles differ. She is an ethically strong, but very compassionate attorney that keeps the interest of the children in mind, focusing on each parent's strengths, but also will indicate when there is a lack of integrity regarding potentially unmet, or lacking parenting for the sake of the children. Angela values taking the time to explain legal procedures, answering the "what ,where and why's" helping the client to have a "compass" for which to help navigate the legal process. Angela represented me in such a positive way, that I know feel much better about myself moving forward and have a strong foundation that has been documented thru her going to court for me, demonstrating that I am a good reliable parent who is taking care of my children . Angela, You in my mind and heart are a wonderful mother caring mother, which in turn is what makes you the strong,caring attorney you are, and demonstrated to me . I want to thank you for this. Take Care &Best to You
This review is from a person who hired this attorney.
Hired attorney

Attorney Angela Bryant has been with me through all of the craziness of my divorce and custody case (going on 3+ years now). She has managed to keep me grounded, while at the same time educating me on the family court system, which is no easy task when you are dealing with such emotional situations. Unfortunately, I am one of the lucky ones that has a "high-conflict" ex that would rather do battle than co-parent no matter what is offered/negotiated/compromised. From what I have experienced personally, all of the attorneys and paralegals in this office work very closely, so it's kind of like having an entire team behind you. This can help boost your comfort and confidence levels when going into such an intimidating facility (a.k.a. the courtroom). Angela (and the team; Alice, Tracey and Tamara) remind me that everything is going to be ok, remember to breathe and know that the truth always comes out. Call Angela to schedule an informational interview, you won't regret it.
This review is from a person who hired this attorney.
Hired attorney

Angela worked for our firm for three years during which she evidenced a level of skill and professionalism that was appreciated by her colleagues and our clients. I highly recommend Angela to represent your interests in Family Law matters.

Angela is a wonderful advocate for her clients. She is compassionate and congenial but not afraid to take the gloves off when it is time to take a stand. Her clients are in capable hands.

Angela is a compassionate and caring attorney who you can rely on to look out for your best interests. I've known her for over 11 years now. She is incredibly knowledgeable and will go above and beyond to assist. I endorse this lawyer.

Angela is a fierce advocate for her Family Law clients. She is a skilled negotiator but is also an experienced litigator in court. When in her presence, you feel 'taken care of' in that she is warm and calming but also extremely confident and hard working. I endorse Angela!

Angela is a tough lawyer who knows how to read a judge. While she is incredibly kind hearted and settlement minded, if the matter proceeds to litigation, Angela is one zealous advocate with very happy clients.

Angela is an experienced and caring attorney who will always go the extra mile for her clients. I endorse her for all of your family-law related cases.

Angela is a wonderful advocate for her clients. She is compassionate and congenial but not afraid to take the gloves off when it is time to take a stand. Her clients are in capable hands.

Angela works hard for her clients. Her diligence, knowledge and integrity have earned her respect from within the legal community and admiration from her clients.

Angela worked for our firm for three years during which she evidenced a level of skill and professionalism that was appreciated by her colleagues and our clients. I highly recommend Angela to represent your interests in Family Law matters.