Even though I chose to become an attorney as my second career, I have been helping people and serving this great community my entire adult life. I began as a paramedic primarily working in East Bakersfield. I later moved into upper management for the ambulance company and oversaw the management of several emergency and nonemergency ambulance companies throughout the state. Ultimately I became the program director and flight paramedic for the local medivac helicopter were I could serve the critically ill and injured in Kern and the surrounding counties. My lifelong dedication to service has followed me to my law carreer and I will FIGHT TO PROTECT YOUR RIGHTS! 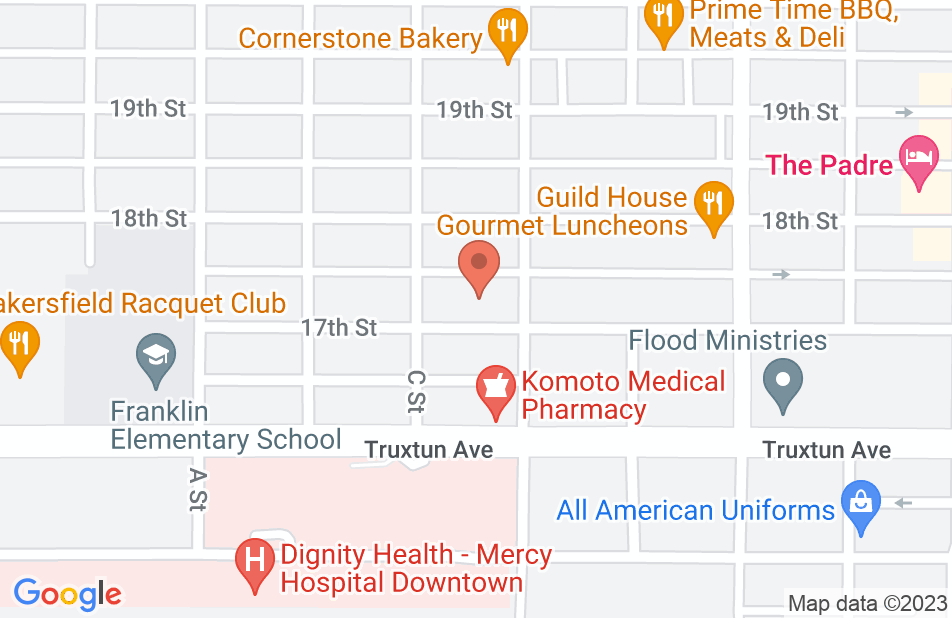 Mr. Parent is a well skilled professional who is qualified and sincere about his work. He won my case and kept me cool and calm the whole time.
This review is from a person who hired this attorney.
Hired attorney

Best at what he does

I was in a very twisted strange guardianship case i had fought for almost a year by mysrlf before retaining Mr. Parent. I had backed myself into a corner and the Attorney representing the other party was very adamit on makeing me look like a irrashinal person and a drunken drug user ..Michael Parent defended me and reminded me to keep my mouth shut...and after 19 months of b.s. from wonder Kern CountyI walked away with full sole and legal custody of my children...He did an amazing jjob and i would recocmend him Any day!!

Mr. Parent has done a tremendous job representing me as my attorney. Mr Parent is very knowledgeable about the law. I would recommend Mr.Parent to anyone who is looking for an attorney.

A Lawyer That Cares!

I have been going through property dispute issues for years now. I retained Mr. Parent after having gone through other law firms that did nothing. Mr. Parents personal compassion and just overall care for his clients is unheard of in his line of work, basically Mike cares. His attention to detail and knowledge base is such a comfort when going through such stressful times. He will put you at ease! Mike in my opinion is the best. This mans making a name on integrity and honesty. I can not stress that he's not in this for the money. Wow!!! A lawyer that cares.

We would refure Mr Parent with out hesatation.

Call your clients and invest in their reason for hiring you

I was ecstatic retaining Mr.Parent upon our first conversation via phone. I felt he would defend my case do to the circumstances of a dui charge when I was not driving the vehicle. I only received calls from accounting for payment and staff for documentation signing. I requested several times to speak to him about my case. Please in the future, communicate with your clients. I honestly feel i was neglected. I would recommend him if he’d communicate better.
This review is from a person who hired this attorney.
Hired attorney
Michael Parent's response: Thank you for your feedback. Although, it is difficult to address any specific issues with an anonymous user, I would invite this poster to contact me directly to discuss the issue. My office strives to provide excellent representation all of my clients. One of the benefits to many is that I take care of their matter so that they do not need to take time out of their busy lives to get a resolution to their legal matter. While some clients find solace in the knowing that their matter is being handled, others need a little more reassurance. I apologize that your experience is not all that you expected, and I will try to more accurately assess the personal needs of my client's, while I address their legal issues.

I've known Mike for more than 10years. I originally met him in Law School. His reputation as a fierce advocate his, knowledge of the law,and his compassionate demeanor make him unsurpassed in his field. Juries love him and prosecutors fear him. He is a force to be reckoned with. Anyone who hires Mike can expect the absolute best possible result in his/her case. I look forward to working with him on future cases. I endorse Mr. Parent. -Anthony Munoz, Esq.

I endorse this lawyer. Talented, tough and thorough litigators.

Mr. Parent has all the qualities that i believe make up a good defense lawyer.. intelligent, hardworking and passionate. I have been impressed with his knowledge of the law, his court room demeanor and strong client relation skills. I feel confident recommending Mr. Parent for all DUI cases and well as more complicated felony matters.

I have worked with Mr. Parent on several criminal/immigration cross over cases with excellent results. He has proven to be extremely helpful, expeditious and effective. I regularly refer clients with criminal and DUI problems to him so that he can clear them for the immigration portion of the case. I endorse this lawyer.

I endorse this lawyer. Mr. Parent's knowledge and expertise in the area of Criminal Defense is clear from the quality of his postings on Avvo.

Mike is a great guy. I send him all my probate matters. I endorse this lawyer.

I endorse this lawyer because he has proven himself an advocate for his clients and has proven himself many times. His results in cases are well above what I have seen other attorneys get in his cases. I would reccomend him to anyone and have multiple times in the past.

Mr. Parent is an attorney that will work hard for his clients.