Bob specializes in personal injury law. Patterson Law primarily represents the victims of negligence; he has recovered more than $20 million on their behalf. Following law school, Bob practiced criminal law as a public defender; he was recognized for his successes and dedication; and after 7 years he was invited to join a well-known civil law firm in Santa Barbara. He became a partner in the firm’s litigation department; he represented plaintiffs and defendants in commercial and personal injury litigation for 20 years. Bob opened Patterson Law in 2005 to serve persons injured by the wrongdoing of others. Bob’s experience includes more than 60 jury trials.

Bob belongs to the California State Bar, the Santa Barbara Bar Association, and the California Association of Consumer Attorneys. He has received an “AV” rating from Martindale-Hubbell, signifying the “highest level of professional excellence and ethical standards.” He has spoken at various conferences including the annual Bench & Bar Conference in Santa Barbara; and he has chaired the Bar committee responsible for reviewing the qualifications of judicial candidates and reporting its findings to the Governor.

Bob is active in the Santa Barbara community. He chaired the committee jointly appointed by the City Council and School District to acquire the National Guard Armory for community purposes. Bob supports youth sports: he was president of the Santa Barbara Volleyball Club for several years; and he remains dedicated to providing opportunities for young women to participate in organized volleyball at all levels.

Bob received his undergraduate degree from USC and his law degree from the University of California, Berkeley (Berkeley Law). 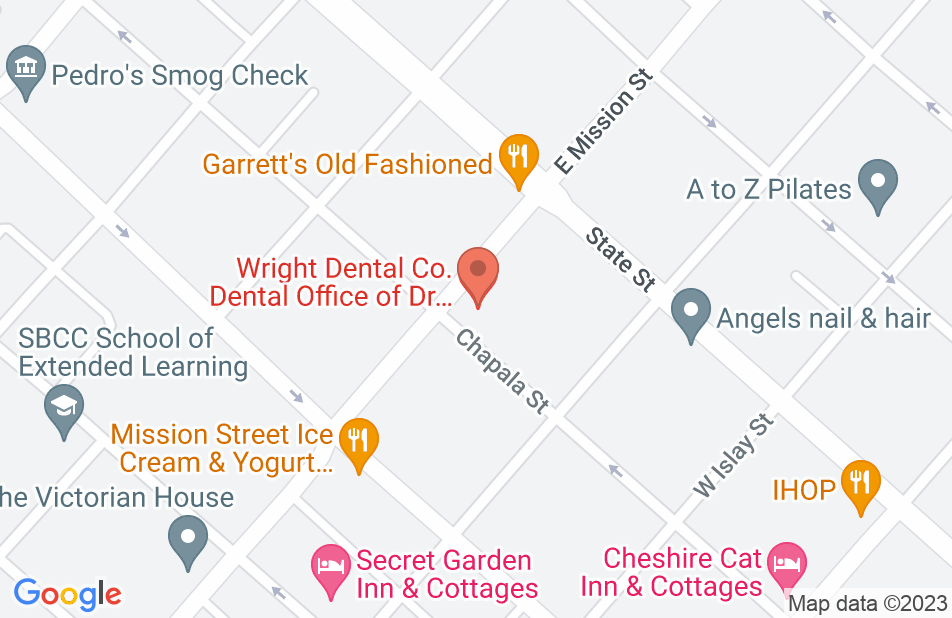 Mr. Patterson and Wendy Fritz was a pleasure to work with. Very professional, personal, caring and always informative. It was nice to see him come to my hospital room to check on my aunt and I to help with anything we needed. I cant express it enough how highly I recommend Mr. Patterson and his staff. Laken and Vicki Eoff
This review is from a person who hired this attorney.
Hired attorney

I endorse this lawyer. Our office has referred a number of cases to Mr. Patterson over the years. He has skillfully and successfully assisted and obtained great results for our clients.

I'm pleased to endorse Mr. Patterson without hesitation. I have opposed Mr. Patterson in litigation matters and I found him to be well-prepared and effective. I have also referred cases to Robert in car accident and personal injury matters and I have learned those individuals were pleased with his representation. Great advocate.