Mr. Schurmer began his professional career as an associate attorney at the law firm of Gilbert, Kelly, Crowley & Jennet, an insurance defense firm in Los Angeles that specialized in defending all types of personal injury actions. Mr. Schurmer handled all aspects of litigation and gained extensive experience. He also had substantial dealings with insurance company managers and adjusters relating to value determinations and resolution of claims.

In 1993 he moved to Santa Barbara to practice law with his father at the Law Offices of Schurmer & Drane. Since that time he has handled all types of personal injury and wrongful death actions from the initial client meeting to verdict. He has handled hundreds of arbitrations and has tried numerous cases to verdict in matters ranging from automobile accidents to complex medical malpractice and wrongful death claims.

Earl and his wife Rhonda have been married for 22 years. They currently reside in Santa Barbara and are raising three children. 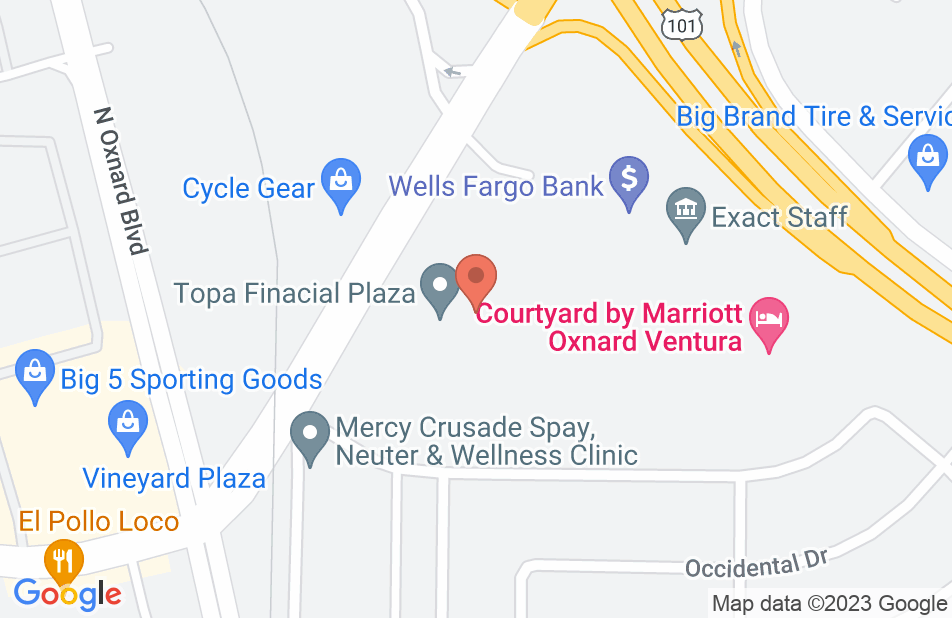 The Law Offices of Schurmer and Wood

The Law Offices of Schurmer and Wood

Hopefully you'll never need an attorney, but if you do.....

Overall, I am very satisfied with my experience with Schurmer & Drane. They have a great staff and I was kept informed of my case's progress. My case was due to a fall which resulted in a badly broken ankle. I had hoped to be able to deal with the property owner (and his insurance company) directly and that resulted in frustration and worry. I did not have health insurance and was very concerned about the cost of surgery and physical therapy - not to mention the time off work. The total settlement was higher than I had hoped and all of my medical bills were paid.

I endorse this lawyer. Earl should be your first call on any personal injury matter. He fights to the end, with integrity and loyalty. There's no better lawyer in the area.