Michael Jeandron is a trial attorney at Roberts | Jeandron Law, LLP that has recovered millions of dollars in jury verdicts for his clients.  Michael leads a team of lawyers, investigators, and medical professionals representing wrongful death and personal injury clients against insurance companies, corporations, and government entities.  In each case Michael’s goal is to uphold community safety standards which protect everyday California consumers from risk of injury or death.

Prior to becomming a personal injury attorney, Michael served as the spokesman for the Riverside County District Attorney’s Office, the third largest prosecuting agency in the State of California.  As the spokesman, Michael gave thousands of television, radio and newspaper interviews on issues such as multi-million dollar civil settlements, death penalty cases, gross vehicular manslaughter cases, and Marsy’s Law enforcement (Victims’ Bill of Rights Act).

Earlier in his career, Michael served as the District Director to now retired California Assemblywoman Bonnie Garcia.  Additionally, Michael was appointed as a California delegate to U.S. Senator John McCain in the 2008 Presidential election.

Michael actively gives back to his community by working with local non-profit organizations.  His passion for helping at risk youth led him to Big Brothers Big Sisters, where he was a Big Brother for eight years.  Michael also helped raise money to grow the non-profit as an elected member of the board of directors.

Michael was born in Palm Springs, CA and currently resides in Newport Beach, CA with his wife, daughter and twin sons. 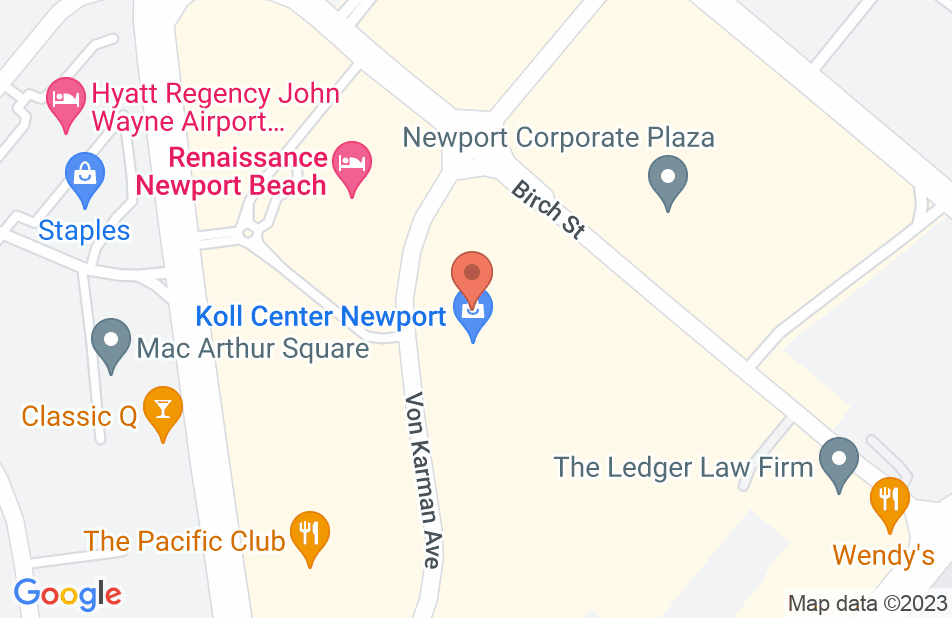 I was referred to Michael by my aunt. He helped me with my car accident case. He and his paralegal Stella were very kind, responsive, and professional. I would recommend them to others.
This review is from a person who hired this attorney.
Hired attorney

I hired Michael for a car accident case where I was injured in an accident and required surgery. He went above and beyond to help me win my case. Michael was always in contact with me with any updates and was available whenever I had questions via phone and email. I highly recommend him! Thank you Michael!
This review is from a person who hired this attorney.
Hired attorney

Michael is a pure attorney who puts his clients first. He expertise has the highest limit. Kindness and time spent with clients explaining and leading them thru legal issues is boundless. Telephone calls are answered promptly and as a client I felt vary well taken care of. We were the winning team.
This review is from a person who hired this attorney.
Hired attorney

Michael Jeandron fought my case in a wrongful death case against a vaccine called HPV. Threw the hard times of my brothers death and frustration of not knowing where we could get help I got a hold of Michael. He was the only lawyer to take the time and patient to get somewhere with my brothers case. He always gave us hope and commmincated with me very well , he connected with me and my parents really well and showed us his genuine interest. After all the turn around they gave Michael he didn't give up on my brother case he wanted to bring awareness and prove that this vaccine shot was a danger to the youth. That should me and my parents that this was more than a job to Michael , he showed us that he cared as much as we did. He worked with all the effort someone will want , and always kept his promise. He took this case and got us all the answer we were looking for and did more and beyond what we ask for , we appreciated all his hard work , not knowing how else to thank him because he did everything and more to make sure we had justice. I highly recommend Michael Jeandron , because I know no one would have taken care of my brothers case like he did. Genuine , hard working , positive attitdude and being an individual that you can trust with out a doubt.
This review is from a person who hired this attorney.
Hired attorney

You are in Great Hands!

Michael is a very diligent, passionate and professional lawyer and it comes with a high recommendation from myself that I would refer Michael’s services. He is very knowledgeable in the procedural aspects of personal injury and negligence cases. You are in very good hands, as I always felt that Michael has my best interest at heart and wouldn’t settle for anything less than top dollar.
This review is from a potential client who consulted with this attorney.
Consulted attorney

I had the pleasure of working with Mr. Jeandron on a wrongful death suit for my father. As difficult as this matter was, Michael was very caring and fought hard for my case. He was always available to answer any and all questions. I felt very secure with him handling my case. I am extremely grateful for all of his hard work which helped make this case a little less difficult for me and my family.
This review is from a person who hired this attorney.
Hired attorney

Well, I can first start off by saying that I made the right choice by choosing Roberts Law Firm. I don't think I would have gotten the same treatment somewhere else. My lawyer, Michael was just the best. He's always super friendly and checks up on you with your injuries. Any problem that you might have, he would do his best to fix it. He stayed on top of everything that went on. If anything ever happens to me again in the future I'll be sure to call up Roberts Law Firm. I highly recommend Roberts Law Firm and I also highly recommend Michael Jeandron.
This review is from a person who hired this attorney.
Hired attorney

My wife and I hired Michael to handle an auto collision case. One of the many things we liked about Michael was that he was very easy to talk to, even if we had a dozen questions to ask him! He would explain all of our options in great detail. He was very patient and took the time to hear all of our questions and make sure we were comfortable by the end of each conversation. Michael would allow us time to think about our position before making a decision. He is not the type of lawyer that pressures his clients into making a decision. Michael is courteous, professional and very organized. He is a lawyer who is current with the trend especially when it comes to communication! We would often communicate via email since we had busy schedules. Michael always followed up with us quickly and in a timely manner! We would definitely recommend Michael as a lawyer! You won’t be disappointed!
This review is from a person who hired this attorney.
Hired attorney

Out of all the lawyers I looked up he was the only one that stated his fee up front. He did not waste my time and explained the whole process. He was friendly and warm. Gave my case the attention it deserved and kept me updated on any changes
This review is from a person who hired this attorney.
Hired attorney

I received a summons from a debt collections agency for a debt I didn't owe. After providing the collections agency with proof that I did not owe the debt, they refused to drop the suit against me. I contacted Michael Jeandron after the collections agency refused to work with me. Mr. Jeandron immediately contacted the collection agency and within a week Mr. Jeandron and I signed an agreement stating that I would not sue the collection agency or the firm representing them for malicious prosecution, in return for their dismissal of the case and removal of negative information from my credit reports. Throughout the process Mr. Jeandron kept me updated with the case. Mr. Jeandron is very professional, trustworthy, knowledgeable, has integrity and morals (which is hard to find with many attorneys) and looked out for my best interests. If I ever need an attorney again, Mr. Jeandron would be the only person I would hire.
This review is from a person who hired this attorney.
Hired attorney
See all reviews

I was opposing counsel on a case with Michael. He is a zealous advocate for his clients and has the highest standards of professionalism.

I went to law school with Michael Jeandron and I can say he was an excellent student. Always thinking outside the box. Always pushing the boundaries. This the the type of attorney you want on your side when you have problems. I endorse and highly recommend Michael.

I endorse this lawyer. Mr. Jeandron provides a much needed service on Avvo. He donates his time to individuals who are in need of immediate legal answers.

Mr. Jeandron is a consummate professional and a zealous advocate for his clients. I have and will continue to refer my premise liability cases to Mr. Jeandron because I know they will receive the very best legal services. It is my pleasure to endorse this lawyer.

Michael is a hard working attorney who is both reliable and easy to get along with. He has garnished a lot of respect in the legal field.

I've known Michael since law school. He is a great at maximizing the return on claims and maintains a high level of of professionalism. I always refer clients to him because I know he sincerely cares and goes the extra mile for them.

Michael is intelligent, thoughtful and dedicated to his work. I've seen Michael obtain fantastic results for his clients, which is why I highly endorse his services.

Mr. Jeandron is always spot on with his responses and legal advice. He clearly has expertise in his field. He is an asset to this website and the legal profession.

Michael is a skilled and dedicated lawyer who fights hard to get his clients the best results. He is an asset to the profession.

I have known Michael for the last four years and we have worked as externs together. Michael is a hard working, intelligent attorney. He cares about his clients and always goes the extra mile. I would definitely recommend him as a personal injury attorney.

Michael and I attended law school together. He is intelligent, organized, professional, and works well with people. I highly recommend this attorney.

Michael is a very sharp attorney that is well liked and respected by his peers. I have known Michael for over 4 years and I would not hesitate to send clients his way.

Michael is level headed and thorough. He is very easy to speak to and is a strong advocate.

I went to law school with Michael. He is a hard worker and can relate to people very well. He understands the law as well as people. I endorse Michael.