An experienced attorney serving the people of Orange County, California since 1970, fighting for the rights of the underdog against major insurance companies.

Mr. Rosenbaum was nominated for the prestigious Trial Attorney of the Year award in 2007 and 2010 and in 2009 made new law before the California Appellate Court advancing the rights of minors who have been injured by abuse.

Over the course of his career, Mr. Rosenbaum has amassed a record of personal injury and workers compensation verdicts and settlements, securing more than $50,000,000.00 in compensation for his clients.

Says one of his former clients; "John was sent from heaven to help me fight my little war and he wouldn't give up regardless of the odds against him.  He spells INTEGRITY 24 hours a day." 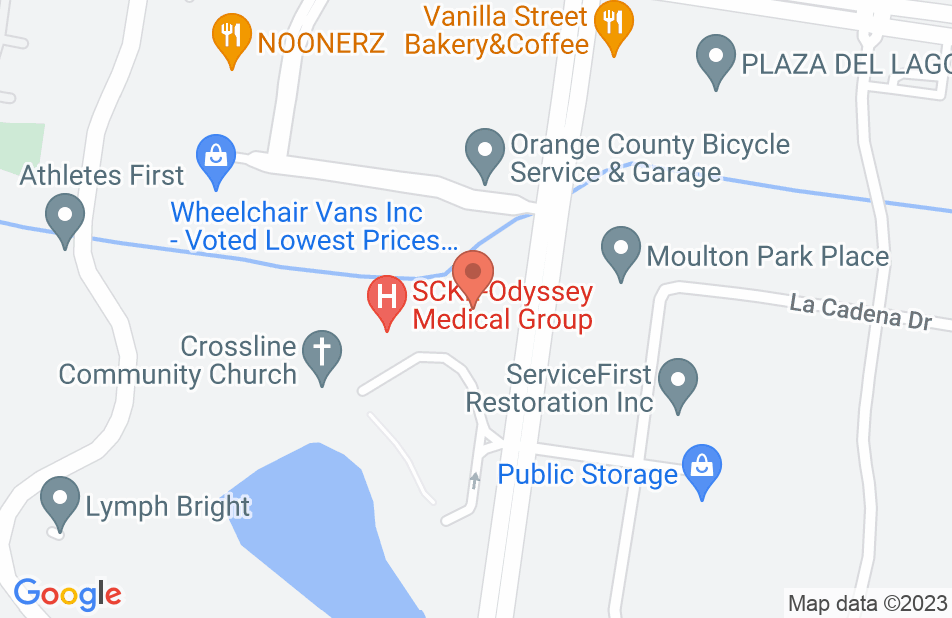 To make this short, I came to John, 2 weeks out of my 2nd back surgery, in dire need for legal help that I was not getting from somebody else. Immediately I hired John feeling that he would be the one to actually care about my needs and wants in this suffering I have been going through, in this CRAZY world of workers-comp. He has done things for me that I can guarantee no one else would. He's persistent with anything/everything I needed approved, gave me the latest updates immediately, always answered all my questions and was always there just to discuss the case in person. He's there when you need him, period, and he knows what he is doing, PERIOD. There are just a few more things to get done still and I know I can count on John for making it happen always. I would recommend John to anyone who is in desperate need of help with your case. He is a breath of fresh air that you need when things go sour. Its a blessing.
This review is from a person who hired this attorney.
Hired attorney

Got me the help and attention I needed!

My now former employer was very unhelpful with managing my claim; in fact, I had been told by their assigned doctor that he was "not buying it" and I was left out in the cold. Finding John was one of the best things to happen to me. Immediately he was helping me find doctors within network, pushed for the insurance company to move forward with the MRI, and helped me get the operation I desperately needed. I cannot thank and recommend John enough!
This review is from a person who hired this attorney.
Hired attorney

He was very good at explaining every step of the legal process. Responded to all requests in a very timely manner. He kept track of all details that required action to be taken within a certain time frame.
This review is from a person who hired this attorney.
Hired attorney

I came to John frustrated with past attorneys and there lack of getting anything done. Well after 4 years and as many attorneys I found John Rosenbaum, this was my lucky day. He did what all the others failed to do and in less time. I feel Blessed to have come by John, I have and will continue to refer him to anyone who is looking good for someone to handle a legal situation for them and will do so knowing that they will have the best person possible handling there case for them.
This review is from a person who hired this attorney.
Hired attorney

Over a year ago I choose Mr. Rosenbaum as a lawyer who will represent my in my workers' compensation case. After ignored and neglected by doctors and employer for over a year from my accident, it was the best decision I ever made. John is not only a great knowledgable professional, but also a person with heart, compassion and understanding of human side of difficult situation for person who suffered accident at work and feels hopeless and forgot by others in life.
This review is from a person who hired this attorney.
Hired attorney

John Rosenbaum without a doubt was sent from above and is in every sense of the word my Hero. Not only my hero but also, for all the back office assistants with my doctors and surgeons. We all know dealing with workers compensation is a nightmare. John has accomplished the impossible. I went from athlete working with the best of the best in world of sport trainers & sports medicine. To extremely broken working with a lot of doctors accepting of denials for treatment along with being to tired to fight for their patients. I've had 3 knee surgeries, 2 major back surgeries, over 30 pain management outpatient procedures and countless visits with physical therapy, chiropractic and acupuncture. We now get unauthorized stamped approved by adjuster immediately. Work comp understands John will be filing expedited court hearings the minute we receive denials. Whether it was to recommend doctors, surgeons or fighting to get authorizations. John just knows every in and out of this impossible system. It's extremely overwhelming to cope with day to day much less have someone sit behind a desk and deny every treatment your doctors need to do to help you. There has never been a time in my life that I have felt comfortable giving control over to anyone with my physical body which was my tool of trade. Or my financials. I have completely turned over both and never been disappointed. There are a lot of battles with this ridiculous excuse for medical insurance. Praise The Lord I don't have to be the one to fight them anymore. I have had all the confidence in the world that John has my back. As I work with my surgeons and doctors to be the best I can be. John is working to get ever last red cent I am due to not only cover my very extensive future medical but also to help me be able to afford to live now that I am permanently disabled. I've always been blessed to work with the best in the world of athletes. I'm blessed and honored now to be working with the best in the legal world. Thank You John for not only being professional but also for being one rare human being. Dawn
This review is from a person who hired this attorney.
Hired attorney

I don't know what I would have done if not for John's help during one of the worst times of my life. Any time I called he was always available to speak or emailed/text me back right away. If it was impossible for him to talk to me then he made sure his staff responded to me. I always knew he was looking out for me. When you feel like your whole world is falling apart its good to know somebody that cares is there for you. John has always been there.
This review is from a person who hired this attorney.
Hired attorney

A man of high integrity

John helped me with my car accident. I highly recommend him. He is friendly, very patient and most importantly very honest through the whole process. John always responded to my questions, literally, right away. He was always available for me and worked for my best interest. He totally changed my perspective I had towards lawyers. John is a man of integrity respected by both his adversaries and the Judges plus his years of experience and knowledge made my whole experience very pleasant and successful.
This review is from a person who hired this attorney.
Hired attorney

I found Mr Rosenbaum on the internet . I had been represented by a large firm in Beverly Hills for three years for a workers compensation claim . I was frustrated at the complete lack of progress and in horrible pain . I was desparate and got incredibly lucky stumbling across John Rosenbaum . He took my case , thankfully , and in less than ten months , I've gotten two surgeries I needed and the insurance company is now treating me like gold ! He is knowledgeable and caring and will give your case his complete attention . I can't say enough about him , he's the best !!! Carol
This review is from a person who hired this attorney.
Hired attorney

John actually took the time to explain everything so I could understand what was happening during my case. He went over and above to get me a settlement much higher than I thought was even possible. I would highly recommend him.
See all reviews