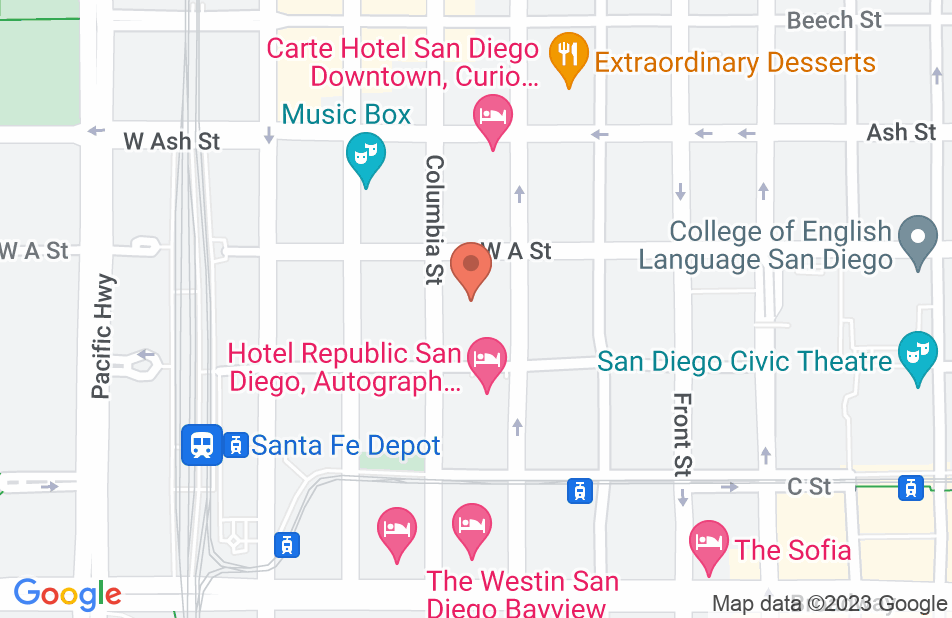 London was the best lawyer I could had found. I met with over a handful of lawyers before I met London, and I knew he was the best from the second I met him! He explained anything and everything I needed! He was able to have the best outcome that I could have wished for.

London was great! I met with a handful of other lawyers prior to meeting him, but was never able to pull the trigger in asking them to represent me due to a general feeling of insincerity and a lack of authenticity when speaking to them about my case. I felt like they were telling me what I wanted to hear, all the while trying to rush me on the phone and make a decision as to whether I was going to hire them. Something about those interactions didn't sit well with me. And then I met London! He was everything the other attorney's weren't. Sincere, jovial, personable, and seemed to make an honest effort to get to know WHO I was when meeting me for the first time. Our first interaction was casual; almost as if I was meeting a friend for coffee. He told me the pros and cons of filing my case, and gave me a rundown of how employment litigation works. London doesn't sugar coat things...a trait that I greatly appreciate. If there was a weakness in my case, you better be sure he told me about it in the most frank of terms. Fast forward about 6 months later and we were in the mediation room- a room where London really shines. A terrifying, yet empowering place to sit for an afternoon with a person you hardly know, but he was great. My case was resolved within 5 hours and I was on my way to the next stage in my life. He answered every call, every text message, and every email within minutes. He was never without of reach and I always felt like he truly had my back.
See all reviews

London has as very well-deserved reputation as being a fine, detailed-oriented lawyer who works very hard for his clients. I can whole-heartedly endorse him.

London is extremely knowledgeable about employment class actions. I highly recommend him.

London's a smart, practical lawyer who gets great results for his clients. I recommend him to employees seeking to vindicate their rights on a regular basis.

I was outside counsel and worked with Mr. Meservy in resolving a matter. The strategy employed was effective and quick.

London is a terrific attorney who handles his clients with great care and he has a great time doing it.

London is a very personable and competent lawyer who provides excellent service with integrity and fairness. I would recomment him to all those in need of a solid business and personal litigation lawyer.

London is a first class attorney with top tier educational credentials, tenacity and a very strong work ethic. I would highly recommend him for any matter, particularly for employment related disputes.

Terry Chapko, Employment and labor Attorney on Jun 18, 2009
Relationship: Worked together on matter

I endorse this lawyer's work. London Meservy is a knowledgeable, aggressive, caring attorney, who has the best interests of working men and women at heart. I know he will do whatever it takes to get the best possible results for his clients.

David Strauss, Employment and labor Attorney on Jun 18, 2009
Relationship: Worked together on matter

I endorse this lawyer's work. He is energetic, intellectual, and highly motivated to fight for his client's rights.