Attorney Anthony Marinaccio focuses his practice on real estate transactions and disputes, landlord-tenant disputes, estate planning and bankruptcy.  Mr. Marinaccio prides himself on bringing individual attention to clients and being a zealous and aggressive advocate on their behalf.

Mr. Marinaccio was born and raised in Arcadia, California. Prior to law school, Mr. Marinaccio attended the University of San Diego where he obtained a Bachelor of Arts degree in History and Political Science. 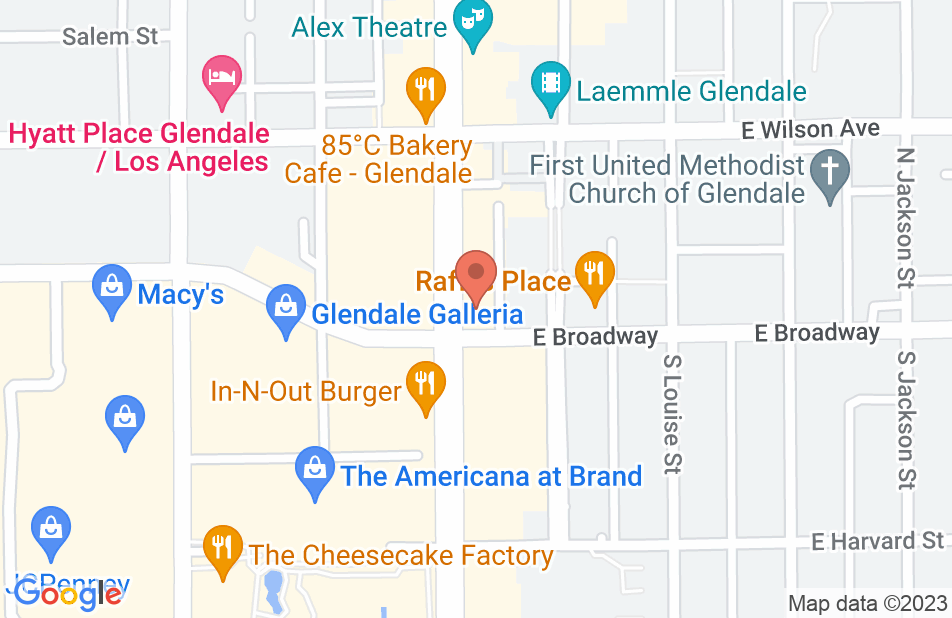 Anthony was extremely helpful in assisting me with a creditor claim against an estate. He is very honest and fair in both his legal advice and fees. There were no surprises with him - which was so refreshing. He was able to expedite my claim in a timely manner and exceeded my expectations. I would highly recommend him. Thank you Anthony!
This review is from a person who hired this attorney.
Hired attorney

Needed advice in a rental dispute. Was more than willing to quickly hear my issue and give the advice I needed to move forward with the dispute. THANK YOU ANTHONY!!
This review is from a potential client who consulted with this attorney.
Consulted attorney

I was having a serious problem with one tenant in my 4-unit apartment building in Los Angeles, and I phoned Anthony to seek his consultation about how to proceed. Since my apartment rentals are under LA's rent control ordinance, I needed someone with expertise and knowledge of the ordinance and how it applies, and my options. First of all, Anthony phoned me back very quickly after I left him my message; I really appreciated that level of care. I spoke with him twice on the phone and in both consults, I was given very specific and helpful feedback to my concerns and questions. He was very courteous and listened patiently and asked good questions to help him understand the situation. He in turn gave me very clear steps to take to help resolve the problem, and he also outlined what steps I should not take to prevent a legal problem for me. As all our conversations happened over the July 4 holiday weekend, when I expected to get no help, I was delighted and very surprised to receive this level of assistance. Though the situation with my tenant continues, I now have the confidence to know how to move forward to ultimately resolve the issue, thanks to Anthony. Most of all, my level of anxiety and even fear was considerably abated after getting his help. If I need further assistance in the weeks and months to come, I will certainly return to Mr. Marinaccio for his assistance. A great experience with this attorney!
This review is from a potential client who consulted with this attorney.
Consulted attorney

In spite of the fact that all we had was a quick phone conversation, Anthony impressed me as being an honest, thoughtful, and very helpful attorney. If I ever have need of legal services in the future, I'll be certain to contact him. Thanks again for the help!

Highly recommend Anthony for all of your L.A. housing/legal needs

Anthony helped me out during a very stressful housing situation. I lived in a nightmare of a building where my housing rights were being disregarded by the landlord at every single left turn. They were making my life a living hell and as a graduate student this was the last thing I needed (or that anybody needs!). Anthony was very accessible. He took my calls every time I called despite his busy schedule. He was also very thorough, making sure to analyze all of my housing documents and provide legal advice. I highly recommend Anthony for all of your L.A. housing/legal needs!

I own income properties in Los Angeles, when I friend referred me to Anthony I was very grateful. He gave me timely, accurate and specific advice regarding tenant and landowner laws and property management. He was easy to discuss the situation with and followed up with me right away on multiple occasions. I would definitely recommend his services.

I am a local Commercial Real Estate Broker. I have referred Anthony to several clients as well as have used him myself for legal advice. He is always very responsive, thorough and diligent in assisting with legal matters. He explains the matter so that parties can understand technical legal jargon and provides excellent direction. He is always professional and looking out for the best interest of his clients. I highly recommend Anthony for business and real estate legal matters.

Knowledgable, Friendly, Reliable, and Fair -- Everything you want in Attorney!!!

I run a real estate commercial brokerage and have used Anthony on numerous transactions. He has helped with Real Estate Contracts, Development Deals, Property Management Issues, and General Business Formation Issues. He has been a life saver! On many occasions, we needed immediate attention and Anthony fit us into his schedule. He is quick and reliable. He is pricing is also very fair! It is amazing how smooth things go when you have a good Attorney. I have never had both sides of the transaction so happy. My Clients were very pleased and have continued to use Anthony outside of transactions with me. In addition, other agents in my office have also started using Anthony. I would highly recommend Anthony for all real estate and business transactions. I have worked with numerous Attorney's and can, without a doubt, say Anthony is great and will not "over lawyer" a transaction and kill the deal.

Mr. Marinaccio is an outstanding lawyer. He is one of the best in the business and any client would be lucky to have him for estate planning, landlord tenant, real property and many other matters. I strongly endorse this lawyer.

The answers of Mr. Marinaccio are consistently accurate, analytic, and customized to the needs of the Avvo asker. These are exactly the qualities that every client would look for when hiring an attorney.

Anthony is a great guy. He is friendly and professional. I endorse this lawyer.

I have known Anthony Marinaccio for a very long time. He is an expert in the areas of Real Estate and Estate Planning law. Any time I have a client with an issue with a lease agreement or any type of real estate grievance, I refer them to Anthony. He very personable, hardworking, diligent, and honest. Since I am also a lawyer, I need to be sure where refer my clients to, and I am confident to send them to Anthony because he is one of the best attorneys I know.

I endorse this lawyer. Anthony is well versed in this area of the law and provides the type of advice I would feel comfortable recommending to both friends and family