IF THE SYSTEM GOT IT WRONG. WE ENSURE THEY GET IT RIGHT.

Before becoming a criminal defense and appeals attorney in Los Angeles, Mr. Barhoma worked with San Diego’s Higgs, Fletcher and Mack law firm. Mr. Barhoma received his B.A. from University of California, Irvine, and his J.D. from California Western School of Law. He is a former member of the Business Law Society. Mr. Barhoma is admitted to practice law throughout the state of California, as well as various federal courts, including the United States Federal Districts. 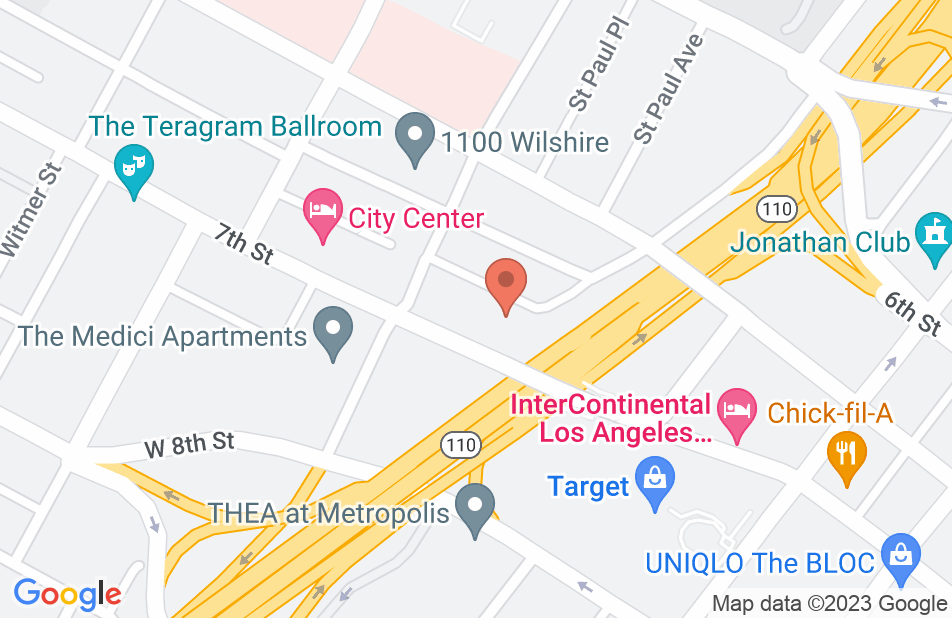 Mr. Barhoma got all charges dismissed! I called him when my son got a DUI. He was charged with driving under the influence, resisting arrest, and possession of a controlled substance. Mr. Barhoma explained things so well. He eventually did exactly the strategy he outlined for us during our initial call. Mr. Barhoma knew the downtown la courthouse very well. He was able to work his magic and dismiss all charges! Mr. Barhoma restored my son a full life. And no amount of money could be worth that. Thank Mr. Barhoma!!!!
This review is from a person who hired this attorney.
Hired attorney

Matthew is the best criminal defense attorney ever. He is a BEAST! He won by SB1437 case in 4 months. The PD's office was giving us the runaround. As soon as we retained Mr. Barhoma, he instantly added value to my case. He gave very very insightful advice and was able to do what the PD's office could not. During oral argument, Mr. Barhoma was absolutely amazing. His courtroom capabilities are unmatched. I've yet to find an LA lawyer like him. He is the best criminal defense and appeals attorney I have ever met. Thank you so much Mr. Barhoma! You changed our lives!!!!
This review is from a person who hired this attorney.
Hired attorney

Matthew is extremely knowledgable. He ALWAYS picks up the phone and ALWAYS responds to emails. There is no limit. He will always do what it takes. He has gone above and beyond for me! I am so happy I hired him. Matt is an absolute monster in the court room. Opposing lawyers do not even stand a chance when he starts arguing in court. He is very charismatic and persuasive! He has a way to speaking with judges. I would hire him again and again!
This review is from a person who hired this attorney.
Hired attorney

Matt is the best

Matthew is a double threat. He is extremely creative with his deal making skills. He helped my startup survive and when i needed him for another case that was in court, he was extremely savvy. I would give him 10 stars, if possible. Matt communicates extremely well (sometimes even on the weekends and late nights) and always made sure to go the extra mile in protecting my interests. Matt is just amazing. I wish more lawyers could be as good as Matt. He was more than a lawyer. Matt was a friend and a coach in my corner.
This review is from a potential client who consulted with this attorney.
Consulted attorney
Matthew Barhoma's response: Thank you, Juan. It's been a pleasure working with your start-up.

Matthew is the most knowledgeable lawyer. I have worked with teams of lawyers and none of them were as knowledgeable and prompt as Matthew. I trust all of my company's legal affairs with Matthew. He makes me rest easy knowing he is on it.
This review is from a person who hired this attorney.
Hired attorney

Matthew was extremely knowledgeable. He helped secure $1.6 million transaction in a gas station flawlessly. He responds to emails and calls well and he is very strategic. When we consulted, he was very clear on his plan of attack. unlike my last lawyer, Matthew makes you his teammate and works with you. Whenever he sent me documents, he would explain them well and when I asked for clarification, he would call me and explain things. Even when I was slow or annoying, he never rushed me. He worked out a deal my previous lawyer could have never worked out! So, so strategic and smart! I trust him with all my assets.
This review is from a person who hired this attorney.
Hired attorney

Matthew was proactive when he closed a $5 million transaction for my company. Very responsive. Assertive in negotiations. He was not cheap but he provides extremely good service. Matt was able to close the transaction a month before schedule. Our company couldn’t believe it.
This review is from a person who hired this attorney.
Hired attorney

Matthew drafted all my services agreements and helped me protect all my possible liability. He was VERY responsive and very tech savvy. He knew exactly what I needed and was able to describe it to me extremely well! He rounded down on his hourly and genuinely cared for my brand. He also helped me enter into a international agreement with foreign companies! He further drafted my Terms and Conditions, which allowed me to cover all my liability! Matthew is currently on retainer for my company and I couldn't be more at peace because of it! I love his work ethic and his ability to produce quality work! He's truly an expert in his field and such a caring lawyer. He was even capable of fixing the wrongs of my old lawyer who used me and my company for profit.
This review is from a potential client who consulted with this attorney.
Consulted attorney

Mr. Matthew Barhoma, is indeed an outstanding lawyer. His integrity and dedication to my case has blown me away. After a bad experience with another lawyer I thought I wouldn't be able to find one that was honest and hardworking. But lo and behold Mr. Barhoma and I met and he took care of ALL my legal issues. Highly recommend this man.
This review is from a person who hired this attorney.
Hired attorney
Matthew Barhoma's response: Thank you, Allan. I’m sorry to hear about your bad experience with your previous counsel. Handling your matter was certainly my pleasure.

Matthew is the epitome of hard work and dedication, when it comes to his work. Matthew has helped me with all my contractual work needed to help me launch my start up. Matthew is honest, diligent and relentless.
This review is from a person who hired this attorney.
Hired attorney
See all reviews

I endorse this lawyer. He’s very sharp and is someone that cares about his clients, while still possessing the tenacious legal skills to get results for criminal defendants.

Matthew is an attorney who is passionate about getting the best possible outcome for his clients. He is a respected member of the legal community who goes above and beyond. I endorse.

Matthew not only has a great first name, but is also an amazing attorney. Always respectful with his clients, he gives them great advice, representation, and works diligently to secure awesome outcomes.

Matthew is a brilliant legal mind and an excellent attorney. I have known Matthew for many years and can confidently endorse him as being a premier and well respected attorney in Southern California.

Matthew is bright, approachable, and communicates very well. I would not hesitate to bring Matthew on for your legal needs.

Aaron Spolin, Appeals Attorney on May 14, 2018
Relationship: Worked together on matter

Matthew Barhoma is an excellent attorney. I have worked with him on a number of different matters, including high-stakes cases where the client had a lot on the line. Mr. Barhoma is professional, very sharp, and gets great results. I would highly recommend.

Matthew is conscientious and follows up with his clients. He goes the extra mile and is willing to help people when needed. I highly recommend him.

Attorney Barhoma is a fantastic attorney. His commitment to his clients and attention to detail to serve clients' specific needs is unmatched. Attorney Barhoma will advocate for his clients to obtain the best results for them. He is excellent at forming strong legal arguments on paper and in the courtroom. I highly recommend him for handling your business law questions and needs. From transactions to litigation, Matthew Barhoma is the Business Law Attorney you need on your side.

Although relatively new to Avvo, one immediately notices that the answers of Mr. Barhoma are accurate, analytic, and customized to the needs of the Avvo askers. These are exactly the qualities that every client would look for when hiring an attorney.

I endorse Matt Barhoma without hesitation.

I endorse this lawyer. My firm sends him overflow work and he always does a fantastic job.