Matt Munson received his Bachelors of Science in Political Science from The University of Utah in Salt Lake City, UT. He was later awarded a Juris Doctorate from The S.J. Quinney College of Law at The University of Utah. While attending law school, Matt was appointed to represent the law school in the ASUU Senate, served as the President of the Federalist Society, and completed an internship with the Utah State Senate. In addition, he worked as a Law Clerk within the Tax & Revenue and Education & Health Divisions at the Utah Attorney General’s Office.

Matt devotes his practice to Bankruptcy, Criminal Defense, Personal Injury, Corporate Law, and Estate Planning.  He is a member of the Utah Bar Association, American Bar Association and is admitted to practice law before the Supreme Court of the State of Utah and the United States District Court for the District of Utah. Active in several local community organizations, Matt’s professional associations include the American Bar Association, Utah Bar Association, Southern Utah Bar, Washington County Board of Realtors, and Wills for Heroes. Matt is also a frequent speaker on educational topics involving various areas of the law, including Estate Planning, Asset Protection, Bankruptcy, and Corporate Law. He is also associated with the Southern Utah Sports Academy, a 501(c)(3) nonprofit organization that he helped to establish and fund.  A proud supporter of our nation’s veterans and their families, Matt has long been actively engaged in several veterans causes including Wills for Heroes and The Wounded Warriors Foundation.  Matt also works on a local level to assist and support veterans and their families during times of deployment. Matt and his wife Keri reside in Cedar City and are the parents of three young children. Both Wyoming natives, Matt and Keri love to spend their free time traveling, exercising, reading, coaching their children’s athletic teams, and sharing Southern Utah's world class recreational opportunities with their children. 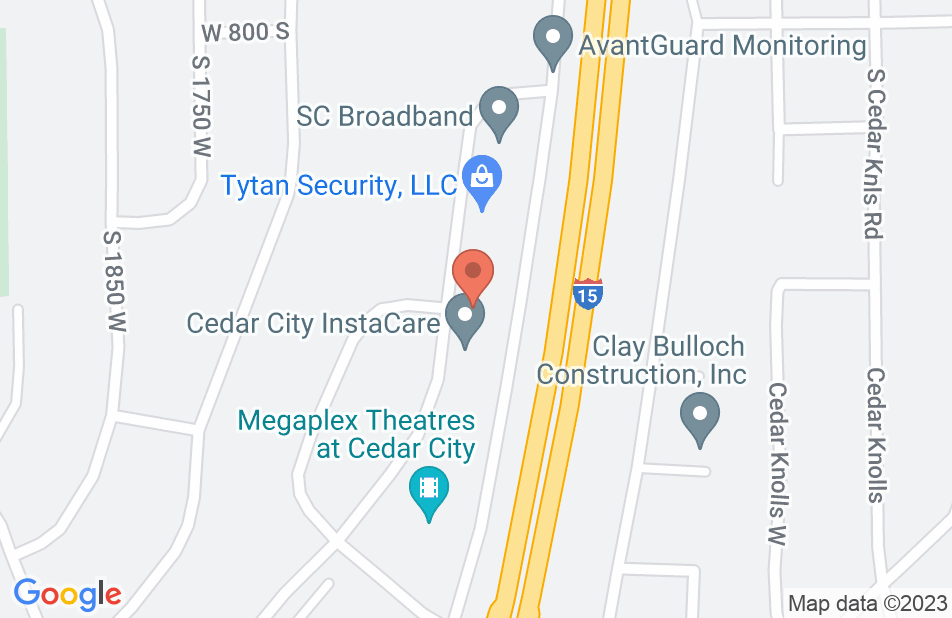 Matt is an attorney with whom I have been privileged to practice for more than a decade. He is a consummate professional and has a sense of litigation insight that has made it possible to resolve legal disputes without unnecessary expense. On the other hand, he is a zealous advocate when the occasion calls for it. There a few attorneys that can advocate with such tenacity and still remain objective and civil. Matt is one that has mastered that quality and it has served his clients well. He is a great choice for anyone needing an exceptional attorney.
This review is from a potential client who consulted with this attorney.
Consulted attorney

Matt Munson and his legal team are down-to-earth professionals, who are trustworthy, extremely detail oriented and walk their clients through every step of the legal process. I felt incredibly confident knowing Matt and his team truly had my back. I would highly recommend Matt Munson to anyone requiring legal representation.
This review is from a person who hired this attorney.
Hired attorney

Mr. Munson represented us in our adoption. He and his staff were very knowledgeable, honest, and professional throughout the process. They went above and beyond to work through any complications that arose and make sure everything was handled correctly the first time. We could not be more thankful for the amount of effort he put forth on our behalf and the caring nature we were always treated with. We highly recommend Matt and his team!
This review is from a person who hired this attorney.
Hired attorney

Matt helped my grandfather with his estate planning, and then walked me through the process as the trustee. He made a complicated situation much easier in a very difficult time. He was very responsive and knowledgeable and I highly recommend him to anyone with legal needs.
This review is from a person who hired this attorney.
Hired attorney

Matt and his staff are the best there is! They are friendly, very hands on, and efficient, They have made something that could have been very unpleasant, into something easy! And they did it all with a smile. Matt is right on anything happening, and quick to inform you. Cudos to Christine! She really came through, every time! Thank you Matt! You guys are the greatest team ever!!
This review is from a person who hired this attorney.
Hired attorney

Matt and Chris both helped me out with my bankruptcy and they both did such an amazing job. They were able to walk me through step by step and were patient with me during the whole process. You can tell when these people actually care or just in it for the money, and these guys are definitely on your side and care about you!
This review is from a person who hired this attorney.
Hired attorney

As soon as I contacted M.A. Munson Law Mr. Munson himself spoke with me as though we had been friends for years, giving me both emotional advice and encouragement, as well as legal. He and his associates were in constant contact, ensuring the process ran smoothly and quickly. The entire divorce process took less than 2 months, start to finish. I am extremely pleased with their work ethic, communication, and efficiency.
This review is from a person who hired this attorney.
Hired attorney

We found Mr. Munson (and his office staff) to be very receptive to our Estate Planning needs. Questions were asked/answered in a respectful, professional way. Our tight time-line was accommodated perfectly. We would not hesitate to use this office for a wide variety of legal needs.
This review is from a person who hired this attorney.
Hired attorney

Munson Law has been wonderful to work with! I bothered them with so many questions and they have always been so patient and kind. I plan to use them for any other legal issues that may come up. I highly recommend them. They work quickly, answer questions thoroughly and the price was unbeatable. Thank you Munson Law!
This review is from a person who hired this attorney.
Hired attorney

Moving in from the East coast, I hired M.A.Munson Law to conform my estate, end-of-life, and other personal documents to the laws of Utah. Matt did a fantastic job. He was accommodating to my schedule and delivered my documents in a timely manner. Matt and his office staff are easy and efficient to work with. I recommend M.A.Munson Law for all your legal needs.
This review is from a person who hired this attorney.
Hired attorney
See all reviews

I have found Matt to be very committed to representing and helping his clients. He has solid communication skills. He has the utmost integrity. I have observed him in the courtroom where he demonstrates a prominent courtroom presence. Matt can be very creative in reaching desired results for his clients. He is always well-prepared and vigorous in his client representation. He also has a great rapport with his clients. I whole-heartedly recommend Matt Munson.

I endorse this lawyer. Ive known Matt for several years now and have been impressed with his sincere desire to help his clients. Hes energetic and always looking for a way to get past a difficult legal issue so that his client will fare better. i recommend Matt Munson.

I endorse this lawyer. For criminal law related issues in Utah, Mr. Munson can help you.

Mr. Munson and I have handled several criminal cases together over the years. I have found Matt to always be prepared, hard working, and honest. Although we disagree on cases, Matt zealously defends his clients, while also listening to law enforcement’s positions. Matt is dependable and will represent his clients honorably.

I endorse this lawyer. Matt is very attentive to detail and he honestly cares about his clients' situation and fights zealously to protect his clients' rights and interests.

I endorse this lawyer. I have worked closely with Matt. He is professional, prepared and insightful. I highly recommend him.

Mr. Munson has always been very diligent in making sure his clients' needs are being met. My experience working with him is that he makes sure to look at every issue and not just the ones that are easier to deal with. He makes sure that, when a client leaves his office, that person is completely comfortable with the resolution that was reached. They can rest easy knowing that Matt treated each matter as if it were his only matter, and that he made every effort to get the best possible result for each of his clients. I would unequivocally endorse Mr. Munson, not just on estate planning matters, but in every area of law.

I've known Matt for about 5 years since I started practicing in the area. I've worked with Matt on a number of matters and on the opposite side of him in others. He has always been professional and a credit to his clients. Whether in matters of estate planning, bankruptcy, family law, and criminal law, Matt has always represented his clients well and is an asset to our legal community.

I've known Matt since about 2013 and he has an excellent reputation for doing top-notch legal work. I do not hesitate to recommend his office for bankruptcy, estate planning and criminal defense.

I endorse this lawyer. I worked with Matt almost daily for a year. He was prepared, reasonable, and a fierce advocate for his clients. He knows the law and how to apply it.

Matt Munson is a dedicated attorney who is a strong advocate. He understands the law and uses it to effectively counsel and advise his clients, even when the counsel may not be what his client wants to hear. Matt is easy to talk to and very friendly, and I enjoy working with him.

I have worked with Matt Munson in various capacities throughout my legal career, but most importantly I was able to work with him as opposing counsel on a divorce case. That case was handled quicker than most, and I believe it was due in large part to Matt's ability to find common ground, and build on that to reach a fair and speedy resolution. Matt's personality, truthfulness, and passion to achieve an equitable resolution in a case, are what make Matt such a great attorney. I have also seen Matt advocate for his clients in cases where I have not been on the other side, and his demeanor and willingness to go above and beyond what is typically required of an attorney, set him apart from the rest. I have referred clients to him when I could not help them, and he is someone I can trust as a fellow attorney. I have no reservations endorsing this great attorney.