Anything you can say now, I can say better later (Don't talk to the cops). Offering remote consultations.

I love my career as a Criminal Defense Attorney.  I've represented hundreds of people in my own practice and as "Of-Counsel" at the firm of Langford-Ramos. I also interned at the Salt Lake Legal Defender's Association, at the Utah Court of Appeals, and at the Office of Legal Counsel for Hill Air Force Base. I am a committee member of the Utah Bar's Veteran's Legal Clinic and Landlord-Tenant Pro-Se Calendar programs.  Prior to practicing law, I served in the United States Marine Corps and the Utah National Guard.  My experience as an Infantry Platoon Sergeant, Intelligence Sergeant, and Linguist, helped prepare me to be successful in this career. 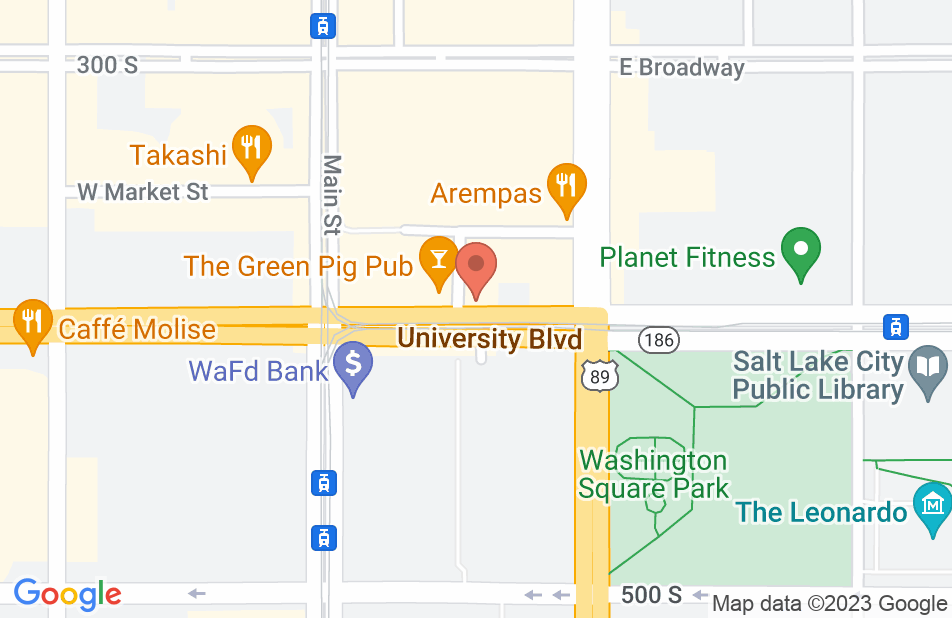 He did a fantastic job!

My case was not easy and he handled it well and professionally. And he ended up winning my case in the end!
This review is from a person who hired this attorney.
Hired attorney
Brent Huff's response: Thanks for trusting me with your case Kimberly.

Clear communicator with a powerful presence and passionate about your rights!

It was an honor to have Brent represent my interests when my wife had criminal charges filed against her when police were called in the midst of an emotional crises my wife was going through. He was on point in communicating with the prosecution about my wishes (as alleged victim), making sure the prosecution knew I wouldn't testify against her, strategizing with and getting information to and from my wife's counsel, and keeping me informed of what was happening and what steps I needed to take for the best outcome. He was adamant about defending my rights, and calling out an error in procedure a judge made when refusing to hear me during one of my wife's hearings. He made enough of an impact with the prosecution that they completely dropped the charges against my wife almost immediately during the pre-trial hearing. The defense wouldn't have been able to accomplish that on their own, nor would most other attorney's "just doing their job". It was Brent's passion for individual's rights and ability to invoke to the prosecutor's humanity that got the job done quicker (and therefore cheaper!) than I would have thought possible. Thank you, Brent, for giving me back my family, and for helping to ease our turmoil when facing horrendous criminal charges brought on by dishonest statements by overzealous and outright abusive "officers" of the law. I hope I never need your services again, but if my family ever runs into legal problems in the future you'll be my first call.
This review is from a person who hired this attorney.
Hired attorney
Brent Huff's response: This case was a perfect example of so many things that are wrong with the criminal "justice" system. Thanks for letting me represent you.

Mr. Huff represented me on a case where I could have lost my right to drive. He was thorough and concise with his actions on following through with phone calls as well as meeting with me personally before my hearing. Highly recommend him to anyone needing help with a case!
This review is from a person who hired this attorney.
Hired attorney
Brent Huff's response: Thanks for trusting me with your case Jake. I was glad the judge took our side!

Felt Very Comfortable with Brent by my side!

Not only was he affordable, he was also informative and helped me with a favorable outcome. Very pleased with Brents work.
This review is from a person who hired this attorney.
Hired attorney
Brent Huff's response: Always a pleasure Corey!

I received a DUI last summer along with a bunch of other “smaller” offenses when I was pulled over in Glen Canyon National Recreation Area. Brent is a friend of my wife’s, so when this all happened I seeked him out because honestly he was the only defense lawyer I knew, and I am so thankful that I did. When I called Brent for the fist time he was already so invested in my case and seemed to stop at nothing to get things done. This work ethic is why I decided to hire Brent. He not only worked hard to get me the plea deal I wanted, but he also stayed in constant communication with me to keep me in the loop of what was going on. He always ran things by me before he acted and seemed to do so in an extremely caring and empathetic way. If you hire Brent, your will not be disappointed, you will be heard, understood, and taken seriously no matter the offense.
This review is from a person who hired this attorney.
Hired attorney
Brent Huff's response: Thanks for trusting me with your case Preston!

Very knowledgeable and helpful in my case! He got everything done that I needed and in a very timely manner! Appreciate the attention to detail. Thank you!
This review is from a person who hired this attorney.
Hired attorney
Brent Huff's response: I'm so glad we were able to get the result we wanted!

Honest, capable, Brent Huff is a great attorney! I hired him after completing court ordered probation successfully but erroneously told i was in violation . His “best guess” was exactly what happened in the case, as well as what the prosecution was probably going to do. He was reassuring, competent and gave me a good deal on my case . If you need the services of an attorney I highly recommend hiring an attorney. The money you spend will be far worth it in the long run and I highly recommend Brent Huff as your legal representative !! It helps I had the truth on my side but sad that there are degrees of the law and penalties that can have an innocent man pay debts of his life by unlawful incarceration, having Brent huff on my side made me feel reassured and confident , thanks Brent ! 5stars !
This review is from a person who hired this attorney.
Hired attorney
Brent Huff's response: I love going after private probation companies because I think they operate in an illegal and unethical manner. Thanks for letting me handle your case because it was the perfect example of how these companies commit a fraud on the Court while taking advantage of people who are doing the right things.

Brent is the best Lawyer. My husband was looking at doing a lot of time for a domestic violence case. Brent saved him big time . He was totally on his side did more than expected . And in the court room he is awesome. I could not ask for a better Lawyer. I would never hire anyone else
This review is from a person who hired this attorney.
Hired attorney
Brent Huff's response: Thanks for trusting me with the matter; those private probation companies do a real disservice to society because they prioritize making money from a forced market over helping people who are trying to rehabilitate after a conviction.

Brent was great in court today

Brent was exceptional in court today. He did not just represent me, he represented the best interest of my daughters to keep an individual away.
This review is from a person who hired this attorney.
Hired attorney
Brent Huff's response: Thanks for letting me serve a fellow Marine!

Working with Brent was great. He answered my messages within minutes. Any question I had he went above and beyond with the answer. I would highly recommend him and would use him if ever needed in the future.
This review is from a person who hired this attorney.
Hired attorney
Brent Huff's response: Thanks. I hope that you plea-in-abeyance works out!
See all reviews

I recommend Brent. His attention to detail and knowledge of the law is what brings success to his clients.

Loni De Land, Criminal defense Attorney on May 22, 2019
Relationship: Worked together on matter

I have worked with Brent in cases involving our representation of co-defendants and have had him assist me with cases of my own. He is clearly an all-star among the newer criminal defense lawyers. I strongly endorse him

I endorse this lawyer. He is very thoughtful about legal arguments and is very dedicated to his clients and doing his very best for them. He works incredibly hard to get them the best results.

I work closely with Brent out of the same law office. I have been able to watch and observe him work on many state and federal criminal cases. Brent works hard and cares about the quality of his work. He is passionate about criminal defense work. I endorse Brent.

Brent is an exceptional attorney. He has a strong work ethic, never fails to be prepared, and is a passionate advocate for his clients. He possesses an extraordinary legal intellect and is adept at solving even the most complex of legal problems.

Brent is a sharp and effective advocate. He is skilled in criminal defense and is dedicated to get the best results for his clients. I do not hesitate in my endorsement of Brent.

Brent is extremely sharp, kind, and trustworthy. He has a very dynamic and adaptive personality and is also a great person to be around. I endorse Brent as an attorney.