Alan W. Mortensen joined Dewsnup, King & Olsen in 1993 and became a shareholder in 2001. He is AV rated by Martindale-Hubbell and was selected by his peers to be in the Best Lawyers of American group. He is a member of the Mountain States Super Lawyers.  He is in the Top 100 Trial Lawyers of The American Trial Lawyer Association, is a platinum member of The Verdict Club for Premier Trial Lawyers and is a member of the Multi-Million Dollar Advocates Forum for having both verdicts and settlements in the eight figure range. For several years has been selected as one of Utah's Legal Elite. His practice is devoted exclusively to representing injured victims in personal injury, wrongful death, medical malpractice, and insurance bad faith cases. He is licensed in Utah, Wyoming, and Colorado.

Mr. Mortensen was the lead attorney in the Guatemalan Air Disaster where several service missionaries from Utah, Illinois and Guatemala were killed and injured. He has spent an extensive amount of time in Central American investigating and litigating other aviation disasters, including two cases in Honduras. He is currently litigating several aviation disasters in the Rocky Mountain Region.

One of the lead attorneys in the Crandall Canyon Mine Disaster case, Mr. Mortensen has tried and litigated diverse plane, truck and motor vehicle accidents, mining accident, civil rights, workplace injury, product liability, medical negligence, construction defect, forfeiture, employment, and insurance bad faith cases in the state and federal courts of Utah, Colorado, and Wyoming. Several of these cases have resulted in multi- million dollar settlements or verdicts. He has also successfully appealed cases to the Utah Supreme Court, the Utah Court of Appeals, the Wyoming Supreme Court, and the Tenth Circuit Court of Appeals.

Mr. Mortensen is a member of the Utah Association for Justice, where he sits on the Board of Governors. He is also a member of the Wyoming Trial Lawyers Association and the American Association for Justice. He is a member of the Utah State Bar and the Salt Lake County Bar Associations. He is a Barrister in the David K. Watkiss-Sutherland II American Inns of Court. Mr. Mortensen received his Bachelor of Arts degree with honors in Political Science from the University of Utah. He also holds an associate's degree in Philosophy and Spanish, which he speaks fluently. He attended the University of Wyoming College of Law, where he graduated with honors and was a member of, authored, and edited the Land & Water Law Review. He has also authored articles that have appeared in several legal journals. He is a frequent lecturer and has given several seminar presentations to his peers. He lives in Bountiful, Utah with his wife, Robyn, and their five children. 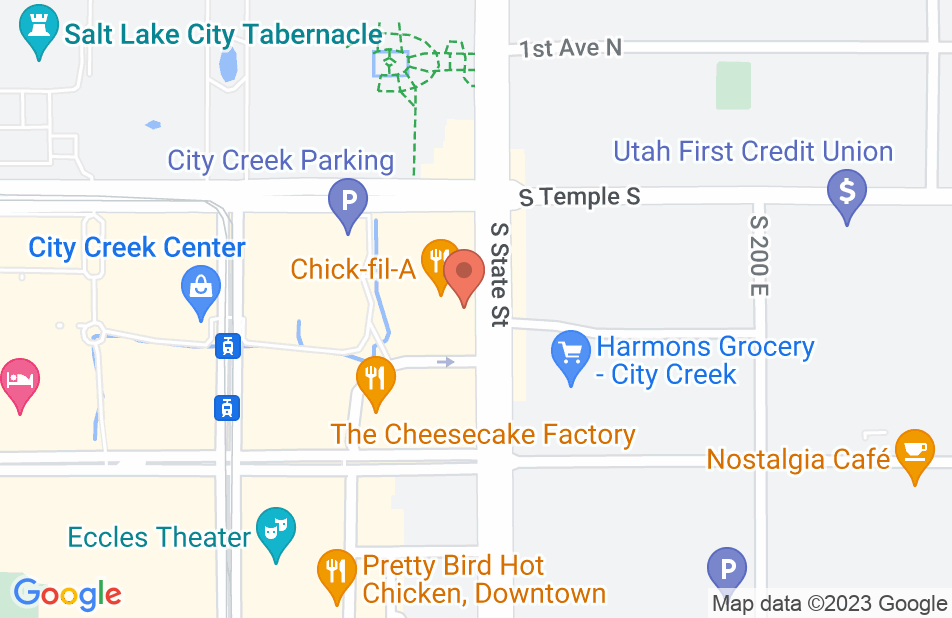 Alan worked with our family on a case that was very difficult for my family at the time. It was over 15 years ago, but I never forgot how well he handled the case and was sensitive to our family's emotional and legal needs. He took the time to get to know us, explain things about the case we did not understand and kept us updated on things as the case progressed. The video they created to help our case was extremely impactful, and still makes me cry today. I would recommend Alan to anyone, as he is not only knowledgeable in the legal field but also trustworthy. I am not sure where we would be today if he was not there to represent my family.

Alan was very thorough and made me feel confident and comfortable. After our initial discussions he put together a folio on me personally, and the injury, that showed a great deal of footwork involved. He was thorough with details, responsive (and quickly) when I had questions or concerns. I was able to email him or text him whenever I thought of things rather than try to recall them at a meeting time. This was particuarly great and made me feel he was always involved with my case. It was my first experience with an attorney and the experience was completely successful in every way.

How do you take a suicide case and prove a wrongful death case?

How do you take a suicide case and prove a wrongful death case? Alan Mortensen can do it!!! Our 17 year old son committed suicide, a parents worse nightmare! With hard work, investigation, everyone telling Alan that he could NOT win this case... he took the case far enough to settle out of court. Mainly settling out of court so family did not have to re-live the nightmare in front of judge, jury and others. Proving that this individual was a major part in our sons action, that it could have been prevented. Alan became more than just an attorney. He was dedicated to our case and became a very good friend. He did not take 'no' for an answer, he fought for our son. No one else would take the case... to hard to prove! Alan helped 'heal' broken hearts and helped us to move on. I would not hesitate to at least talk to Alan and see what he can do for you. If there is anyway to prove the case... Alan will do it! Thank you for your many hours and hard work... but most of all, helping us to heal!

A Grateful Client in Utah

When we hired Alan he hadn't had a lot of experience in our particular kind of case, but over the two years he worked on our case he became an expert in the area. He is dedicated, compassionate, smart and one of the hardest workers we've ever met. We knew he was always looking out for our best interests and would have laid everything on the line for us. We are so grateful that he helped us resolve this case successfully. He is really amazing!

Alan is a fabulous attorney.

Alan is very professional , and compassionate to his clients. In the time that he worked with us he became a friend as well. He always kept us well informed on what was going on with the case and went the extra mile to do what he could. We felt very comfortable with him. He is very trustworthy.

I have worked together with Alan on a number of personal injury and medical malpractice cases over the years, and I highly respect his skills, legal knowledge, and his integrity.

I endorse Alan. He is a highly skilled attorney that is well respected in the legal community.

I endorse this lawyer. Alan is a great lawyer and is dedicated 100% to his clients. I am thankful for the opportunity to have work with Alan.

I endorse this lawyer. Alan's reputation in the legal community is second to none. He is well known as a zealous advocate for his clients, which clearly shows in his courtroom work.

Alan, is at the top of his field. He is an excellent advocate for his clients and a true professional.

Alan is a very smart and capable lawyer. He has the experience and know-how to handle complex cases and to make sure his clients get the best result possible. I endorse Alan and his firm without reservation.

I endorse this lawyer. I have worked with Alan on multiple matters and found him to be one of the most competent attorneys in the state. I am always shocked at how much more he is able to obtain for his clients compared to other attorneys.

Alan and I have had many occasions to work together, opposite of one another, and on committees. He's a leader in our field and I recommend him and his firm without reservation.