A natural rights advocate and libertarian, Jefferson Griffeath champions Idahoans when they feel they’ve been mistreated by the government, whether in criminal defense, property issues, unfair regulation, or contract disputes.  A former infantry sergeant himself, Jefferson Griffeath helps veterans attempting to get the elusive benefits they’ve worked so hard for. 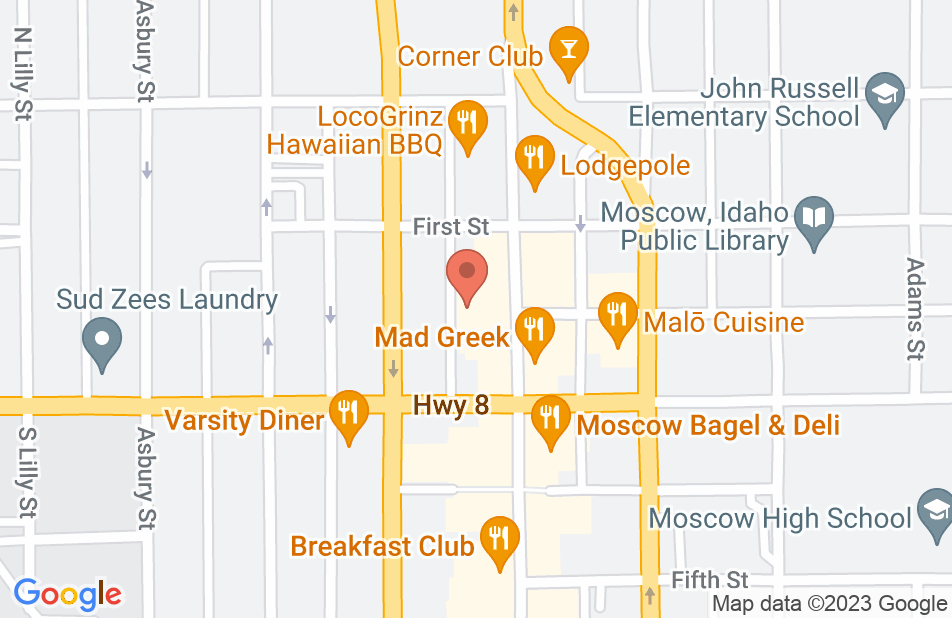 Calm in My Storm

Mr. Griffeath took my case without question and represented me with integrity and speed. I was expecting terrible things to befall me for my simple navigation mistake that got me into trouble with Idaho Fish & Game, my first serious criminal law enforcement trouble...ever in over 50 years. I imagined the worst possible outcome...maximum fine and total loss of my hunting privileges for the maximum amount of time!! My case was settled for far less than I could've imagined and I retained my privileges without disruption thanks to the efforts of Jeff. He kept me informed of all proceedings and responded right away to my calls and or emails. I highly recommended Jeff to any and all who may find themselves in need of legal assistance and representation.
This review is from a person who hired this attorney.
Hired attorney

Excellent knowledge, he knows his law and if he's not familiar he's quick to learn for your case. He truly cares what happens and wants honest justice. Great public speaker, he is most eloquent. He is also very understanding when it comes to compensation. Jefferson is a good man and an outstanding attorney.
This review is from a person who hired this attorney.
Hired attorney

Jefferson Griffith is a reliable man with honor and integrity and has more fight in him than any attorney I have ever seen or worked with. My experience with him has shown that he will never stop fighting no matter the cost. Best attorney for your money hands down.

Jefferson was very responsive to all my emails, and knowledgeable regarding his profession I would recommend him to my closest friends

Hell of a job.

This was a really stressful situation but Mr. Griffeath helped me out with high motivation and strong knowledge of the legal system. He also had a strong knowledge of the military aspect, which was specific for my case. He kept me informed and explained everything with detail and answered all of my questions. He did an amazing job and I am very grateful. Would definitely recommend hiring him as your attorney.

As someone who had never been in trouble, I had very few tools to deal with getting a DUI. Not only did Jefferson reassure me, he helped educate me to the process and all that goes with it. He did everything he said he was going to do, and everything I needed. He kept me informed along the way. Something as simple as "you don't need to do anything, I just wanted to let you know" helped me know he had everything under control and I didn't need to worry. Once things progressed to court, I was surprised and even more impressed with Jefferson, when I saw how unprepared other people were. My lawyer took care of exactly what needed to be taken care of so I didn't need to worry. The whole process is traumatic and scary enough on its own, so having a good lawyer take some of the weight off made all the difference in the world. I would highly recommend Jefferson and plan to do so in the future.

Honest and understanding, Jefferson's professionalism and ability to explain things in down to earth language really brought a lot of value to my situation. His straight forward pricing was great too- gave me a very good idea of how much I needed to come up with. I don't anticipate needing his services again any time soon (hopefully!) but if I do get myself in a bind, he'll be the first person I call!

A great resource to goto for professional legal assistance.

He has been a great help to my family, initially aiding my nephew in dealing with a minor accident, and then on several occasions with coustody questions.

Jefferson was referred to me by an old classmate. She told me Jefferson would be a true advocate for me, and he did not disappoint in that regard. From our initial meeting I could tell that Jefferson was going to do everything he could to protect my interest. He was financially flexible, and took the time to get the story straight; I really appreciated both of those qualities. I would recommend Jefferson to anyone in need of criminal defense or any of the other legal issues that would require one to really desire to have a competent and honest personal defender.

The right man to have in your corner...

I hired Mr. Grffeath when I unexpectedly found myself in the middle of a misdemeanor case. He was very professional and supportive. I was kept informed continuously, and he was able to get the prosecuting attorney to drop the charges against me. He struck me as a moral attorney who loves to fight for the little guy. We need more lawyers like him.
See all reviews

Jefferson is an avid defender of personal liberties and individual rights who will work tirelessly for your defense. I highly recommend his for your criminal defense needs.

I endorse this lawyer.Jefferson is a very bright attorney who is dedicated to the enforcement of the U.S. Constitution.