Mike represents plaintiffs and defendants in complex general litigation, with an emphasis in the areas of personal injury, medical malpractice, product liability, construction defects, and insurance coverage disputes. Mike is licensed in Washington and Idaho and practices in both state and federal courts.

Mike is an accomplished litigator, having been inducted into two prominent trial organizations: the American College of Trial Lawyers (ACTL), and the American Board of Trial Advocates (ABOTA). Fellowship to the ACTL is by invitation only and the membership can never be more than 1% of the total lawyer population of Idaho. Membership to the ABOTA is also by invitation to those having a threshold number of civil trials tried to jury verdict. Mike is also active in the legal community, having served as President of the Idaho State Bar, President of the First District Bar, and various other Board positions. 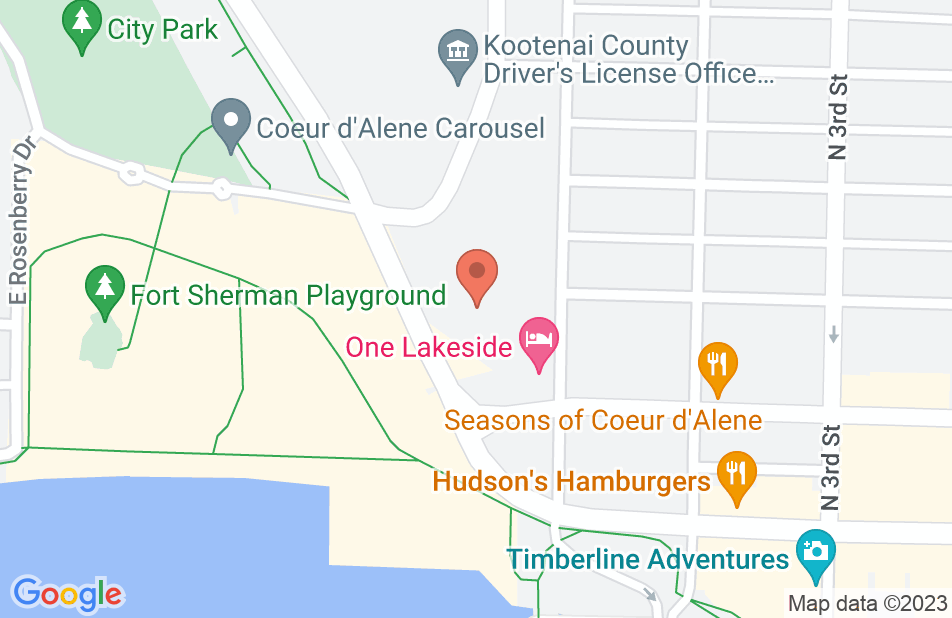 Mike helped us maneuver thru an unknown process and achieved a positive outcome! I would recommend Mike and his office.
This review is from a person who hired this attorney.
Hired attorney

I engaged Mike to represent me in filing a breach of contract claim. Mike guided me through the process using non-legal language that I could easily comprehend and gave common sense advice when making choices about our legal strategy. Mike defeated the defendant's motion for summary judgement and proved to be an excellent negotiator during mediation to reach a successful outcome.
This review is from a person who hired this attorney.
Hired attorney

Mike Howard is an attorney that I highly recommend! He is a professional with high standards of integrity and honesty. After having Mike represent my elderly parents in litigation over the last two years, it is obvious that he is highly respected and liked by his colleagues. His relaxed personality is reassuring, yet he is very confident and effective during legal proceedings. I am very satisfied with the outcome of our case! It was a pleasure working with Mike Howard and his assistants!
This review is from a person who hired this attorney.
Hired attorney

I contacted Mike Howard in the fall of 2014 and he advised me on how my personal injury case would evolve. Being from out of state I felt he always took the time to speak with me and visit with me when I was in town. From start to finish I felt he gave exceptional advce on all matters pertaining to my case.
This review is from a person who hired this attorney.
Hired attorney

I consider Mr. Howard's representation to be excellent and I highly recommend him as an attorney . Communication was clear and concise and we were always update about the process and next steps in moving our case forward. Questions and communications were promptly answered and the professional resources he utilized in building our case were outstanding. Mr. Howard was able to initiate and successfully negotiate a very satisfactory settlement payment to us several weeks ahead of the court date that likely save a great deal of cost to me as the client.
This review is from a person who hired this attorney.
Hired attorney

Mike was AWESOME! It was a very long process for us and he was very informative on the process and where we were at and what the next steps were going to be. when we headed into our court date he was very prepared. I thought he didn't an excellent job at presenting our case and connecting the dots for the jury to understand. He was just a great lawyer to have and work with.
This review is from a person who hired this attorney.
Hired attorney

Mr Howard has been my attorney on a case which hss spanded over 8 years. Where are lesser qualified attorneys would have quit, Mr. Howard's tenaciousness in arguing twice before the Idaho Supreme Court, has earned us a $1.62 M judgement. I highly recommend Mr. Howard and his firm
This review is from a person who hired this attorney.
Hired attorney

Michael Howard's representation far exceeded my expectations. His knowledge of the law and understanding of legal proceedings was evident the first day we consulted with him. He represented my family and I in a motor vehicle accident claim. Myself and three small children were involved in the accident. Michael Howard was referred to us after our first attorney from a different law was terminated from his position. It was the best referral we have ever had. Michael was able make sense out of months of paperwork and legal documents. He explained everything to us every step of the way. He spoke in terms my family and I could understand and he made sure we always knew exactly where in the process our claim was. Him and his staff were always sure to answer all of our questions. Michael was always available to take our call and never once did we feel like we were a burden to him. Michael shouldered ALL the weight of negotiations, while respecting our wishes. He maintained a very fair position and did not waiver. He was able to take a very emotional and stressful situation and helped us feel at ease. On our court date, he arrived prepared and on point! He did not miss a beat! He was also very well and appropriately dressed. When the claim was settled, the judge spoke off record. It just so happened there were student interns in the courtroom. The judge made special mention of them getting an opportunity to see Michael Howard in court. He spoke very highly of him. It was clear to me that Michael Howard has a well established respect within the legal community. I was proud to be represented by him. I have since referred him and will continue to do so. Our family couldn't have asked for a better attorney. He was always very friendly and we appreciated his hard work and dedication. satisfied client, J.S. - Post Falls, Idaho

An Excellent Attorney to Depend On

Mike has been very meticulous in his details to our case. From the start he has been forthright to make us aware of the uphill battle our case would require as well as the odds of us winning the case if it goes to trial which we are sure it now will. Mike was clear in laying out the steps required for us to get this to a trial date which is soon upon us. Upon observation, Mike has been a master chess master at deposition hearings and I am sure will be the same at the trial itself. Never has Mike filled our desires with a false sense of hope but with a straight forward factual reality. We have nothing but high praise with having Mike Howard represent us.

Mike did an excellent job of negotiating a settlement with an insurance company on behalf of my son. He is extremely professional, yet easy going and always so prompt I communicating. I am in the legal business myself and would highly recommend his services. Thank you, Mike!
See all reviews

Mike is an excellent trial lawyer and a worthy adversary with strong ethics. I would not hesitate to refer a client to him. Pete Erbland

Mike is a dedicated professional and effective advocate for his clients.

I endorse this lawyer. Mike Howard has helped my office on multiple matters concerning the evaluation of possible Medical Malparactice claims. As a small town attorney I do not have the expertise required to properly evaluate a Medical Malpractice claim due to the complex and unique nature of this practice area. Mike has never hesitated to get on the phone with me and respond to questions I may have for him, and often travels up here to Colville to meet clients in person. Without Mikes assistance on these complicated cases I would not be able to help these clients in this area of the law. Mike is honest, hardworking, and reliable. His expertise in the area of Medical Malpractice has made him a true asset to my clients and this office.