I am an attorney in Boise, Idaho licensed to practice law in all state and federal courts in Idaho. Most of my work  is concentrated in contract disputes, complex commercial litigation, insurance claims (including personal injury matters), and civil rights and discrimination litigation. I firmly believes that maintaining open lines of communication is an essential part of all of my client relationships, and will spend as much time as is needed to make sure my clients understand what is happening in their case. The litigation business is difficult, but I can get you through it.

I graduated from Northern Arizona University in 2002 with a Bachelor of Science degree in Environmental Sciences with an Emphasis in Public Policy and Administration.

I  obtained my Juris Doctorate with Distinction from the University of North Dakota School of Law in 2007. And, prior to joining Jones & Swartz PLLC in 2008, I worked as a judicial law clerk for the Honorable Michael J. Kraker in Minnesota’s 9th Judicial District.

While in law school, I became a member of the North Dakota Law Review in 2006 and served as an Associate Editor from 2006-2007. My article regarding statutory protection for emotional abuse in circumstances of domestic violence was published in the Journal in 2005.  I  practiced before the state and federal courts of North Dakota as a certified student attorney in the School of Law’s Housing and Employment Litigation Clinic during 2006 and 2007. While participating in the Litigation Clinic, I developed, oversaw the execution of, and authored the Executive Report on the North Dakota Civil Legal Needs Assessment; a survey of indigent and under-represented North Dakotans, endorsed by the State Bar Association of North Dakota, North Dakota Legal Services, and the School of Law.

I became a member of the Minnesota State Bar in 2007.  While I still holds a valid Minnesota license, I has voluntarily elected to restrict my ability to practice law in Minnesota for the time being.

I became a member of the Idaho State Bar in 2008. I am admitted to practice before all state and federal courts of Idaho.

In December 2012, I was pleased to accept a position on the Board of Directors for Idaho Women Lawyers.  In July 2012, as an active member of IWL, I was the co-chair of the CLE Committee that presented Lauren Stiller Rikleen, author of "Ending The Gauntlet: Removing Barriers to Women's Success in Law," as its keynote speaker for at the Idaho State Bar 2012 Annual Conference.  Ms. Rikleen focused her CLE on: 1) unconcious biases in the practice of law, and 2) fostering the strengths of a multi-generational workforce.

Joy In the Community

In April 2012, I was excited to be matched with my first "Little" through the Big Brothers Big Sisters of SW Idaho.  I still enjoy shrugging off the seriousness of the legal profession and kidding around, having adventures and trying new activities with my Little. 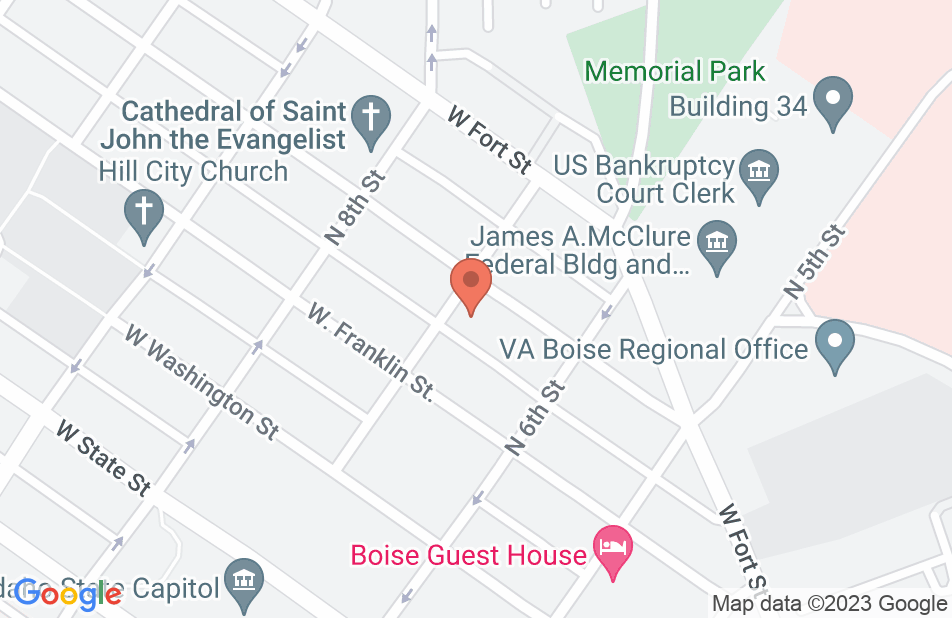 Joy did an excellent job reviewing my employment contract. She explained the legal liabilities well and even offered her overall thought on the contract. Her overall assessment was very useful as I was new to these types of agreements and provisions. I would wholeheartedly recommend using her for employment contracts.
This review is from a person who hired this attorney.
Hired attorney

I endorse this lawyer. Joy is a great lawyer and client counselor. She holds her own in court and holds paramount her clients' goals going to great lengths to accomplish the same.