Alan C. Shafner was born and raised in Denver, Colorado. He graduated from the University of Colorado with Distinction in 1975, and received his law degree from The Houston College of Law, Houston, Texas in 1978. After graduating from law school, Alan was a trial attorney for the Jefferson County District Attorney’s Office in Golden, Colorado from 1979 through June 1983. During this time, Alan was the lead prosecutor on several high profile felony cases, including murder and sexual assault cases.

In 1983, Alan joined the law firm of Fogel, Keating and Wagner as an associate, and later became a named partner. After 28 successful years, Alan opened his own personal injury law firm. In 2011, The Law Offices of Alan C. Shafner was formed, serving a variety of personal injury litigation cases. 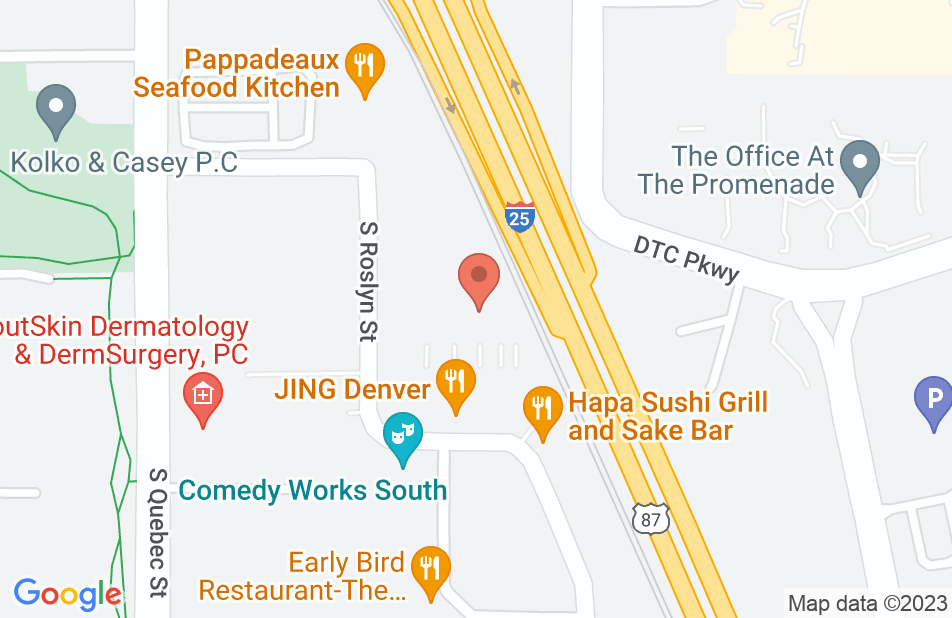 I hired Alan for a personal injury case. It took ten years to get to a trial. Three appeals and oral arguments in front of the Colorado Supreme Court. He never gave up, his experience, determination and guidance, was the key to receiving a large settlement. If you want a lawyer that will be there every step of the way, no matter what the obstacles are, or how long it takes, call Alan first, it will be the best decision you ever make.
This review is from a person who hired this attorney.
Hired attorney

You will not be disappointed with Alan Shafner and his team!

I am so happy that I decided to hire Alan for my case. Alan and his team were easy to work with and extremely responsive. They didn't mind answering my questions and made sure I fully understood all aspects of my case. Starting the process was daunting for me but Alan and his team quickly alleviated all my concerns. Alan and his team are sincere and truly want to do what's best for you. You will not be disappointed with the care and attention you get from this wonderful attorney and his team.
This review is from a person who hired this attorney.
Hired attorney

Alan & his staff have done an exceptional job with our case against an assisted living home that neglectfully allowed my Mom to sustain a head trauma causing her death. He was very caring, honest & knowledgeable about Elder Care laws & won the case. His thorough investigation of the case helped me recover from her death by seeing all aspects of the events leading up to the accident. His actions went above beyond any expectations my husband & I had. We are very pleased with the outcome.
This review is from a person who hired this attorney.
Hired attorney

Treated my son and me with dignity and respect. Great understanding of the law and we received a settlement from the insurance carriers at the maximum policy limits in a very challenging case. He and his team did thorough research and were very competent and genuinely cared about our well being.
This review is from a person who hired this attorney.
Hired attorney

I've know attorney Alan Shafner for 20 years and he cares about his clients and colleagues and gets results. Mr. Shafner treats everyone with respect and patience. Mr. Shafner will take on the big insurance companies for his clients. Mr. Shafner will fight for you using his vast experience as a personal injury lawyer.
This review is from a potential client who consulted with this attorney.
Consulted attorney

We saw Alan for a consultation about a bad surgery that my Mom had. We talked about the steps that should be taken. I trust Alan very much, he has helped me before with other issues. He was my lawyer when I got hurt on an auto accident. He is very caring and explains very well what needs to be done. Thanks Alan for always helping.
This review is from a potential client who consulted with this attorney.
Consulted attorney

In two minutes, I knew Alan is the kind of guy you want to live next door to. He came highly recommended from a friend who has been in law enforcement for 30 years. He is principle centered, and a compassionate human being. He was a great listener, and asked poignant and clarifying questions about my case. To ice the cake, he is a skilled and experienced attorney, who understands the law and all of the underpinnings that most of us don't deal with on a daily basis. I got expert advise, and I feel blessed to have met him. I know anyone searching for a personal injury attorney will not be disappointed!
This review is from a potential client who consulted with this attorney.
Consulted attorney

Alan Shafner was the utmost professional when helping me with my case. The efficiency and results from the case was impressive, and has allowed me to pursue new opportunities in life. He was personally attentive to my case and the flexibility to accommodate was more than anticipated and demonstrated his true respect for my case. I would highly recommend his firm on all levels, and I truly appreciated having Alan represent me.

Trusting someone with your life!

I was injured and have a permanent disability,working with Alan has been the most comforting in all the changes in my life to be seeking what is fitting for the disease I have to now live with.

Alan is a wonderful, compassionate man who takes a personal interest in his clients. His vast legal experience coupled with his caring nature make him a champion of those he represents.
See all reviews

Mr. Shafner is a highly skilled trial attorney with years of experience to back him up. I do not hesitate to recommend him.