Mr. Lozano personally understands the stresses involved when having to go through an immigration process and this is why his team is adamant of making sure clients fully understand their immigration case.  This helps the client know what to expect, when to expect it and why.

After four years of serving his country in the United States Marine Corps, Mr. Lozano enrolled and graduated with a B.A. in Business Administration from the University of Texas San Antonio. He later attended law school in Houston where he discovered immigration law, and his interest in helping those with immigration needs.  In addition, he also had the opportunity to study in Monterrey, Mexico; in a spring law program at the Instituto Technologico de Estudios Superiores de Monterrey, where he further fined tuned his legal Spanish. Mr. Lozano is Board Certified in Immigration and Nationality Law by Texas Board of Legal Specialization. 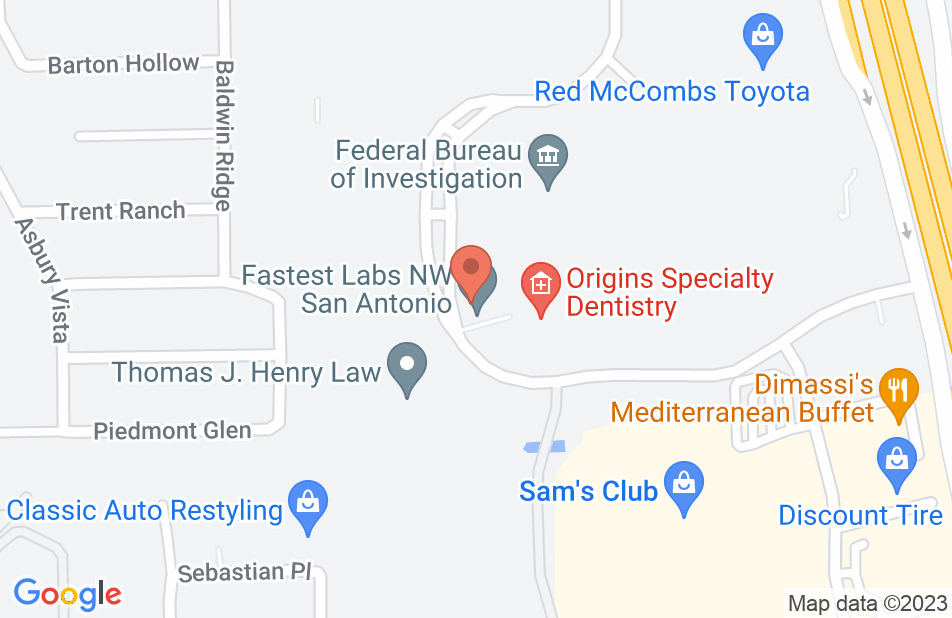 Alfredo and his team have been helping us for more than 8 years. I came from a very really bad experience with Immigration lawyers, I tried lawyers in Houston and San Antonio until I found his office thru a friend. He guide me and help me with my bussines visa, his knowledgment, passion and resources make me feel that I was in good hands. During all this years, I worked with different people on his team, everybody always courteous and respectfull. Highly recommend to work with him and his team.
This review is from a person who hired this attorney.
Hired attorney

I love working with Alfredo! He really understands on a personal level what people go through and is sensitive to my needs as a multinational CEO who has emigrated to the U.S. I was fortunate to find someone who answers all of my questions in a timely manner and is always on top of the workload. A definite recommendation!
This review is from a potential client who consulted with this attorney.
Consulted attorney

Very satisfied and accurate with service; strongly recommended. My mom obtained the green card with no hassle.
This review is from a person who hired this attorney.
Hired attorney

My case for US Citizenship

The Lozano firm provided me very prompt and professional services regarding my case.I would highly recommend this law firm to any one who is in need for competent and professional lawyers.
This review is from a person who hired this attorney.
Hired attorney

Super professionals... I want to give thanks to all the team of Lozano Law office, because they helped me to change my legal status. I thought it would be a complicated process and difficult; but Lozano lawyers and lawyer Echavarria are experienced in all of these cases. They knew exactly what to do, how to do it and when to do so. Appropriate advice and appropriate action. I'm happy for the help they gave me, finally I have my Permanent Resident and 100% recommend the services of this office.
This review is from a person who hired this attorney.
Hired attorney

We had consultations with three other lawyers before hiring Mr. Lozano in May of 2014. We knew we might face a waiver of inadmissibility, so we didn’t want to settle on just any lawyer. Mr. Lozano was extremely knowledgeable, approachable, and optimistic about our case. The entire staff understands that adjusting status is an emotionally exhausting experience. As a result, they are extremely patient and welcoming. Mr. Lozano attended our green card interview in San Antonio. Our immigration officer led us to believe that we would be approved by the end of the day. However, she later called Mr. Lozano to explain that we would need a waiver of inadmissibility after all. Mr. Lozano contacted us directly and explained our options. As a result, we were able to start compiling necessary waiver documents right away. We didn’t receive the official request from USCIS for another two weeks. Monica, our incredible paralegal, helped compile the overwhelming amount of information needed for the waiver. With the help of Mr. Lozano and the rest of his staff, our waiver was approved in just ONE month. My husband has been a permanent resident since May of 2015! Mr. Lozano is the ONLY immigration lawyer I would ever trust.
This review is from a person who hired this attorney.
Hired attorney
See all reviews

Alfredo is a top notch immigration lawyer. I have seen him handle numerous complicated clients cases and he has obtained favorable results. He is efficient and caring and does a great job in representing clients.

Alfredo's passion for assisting clients pursuing their dreams and his skill in navigating the complexities of the various U.S. Investor Visa programs make Alfredo a tremendous addition to your cross border transaction team.

Alfredo is a committed attorney dedicated to helping his clients understand and successfully navigate through the immigration process.

Alfredo's passion for assisting clients pursuing their dreams and his skill in navigating the complexities of the various U.S. Investor Visa programs make Alfredo a tremendous addition to your cross border transaction team.

Mr. Lozano is the "go-to-attorney" for immigration matters. He is an expert in his field and genuinely cares about his clients and gets the results they need. You cannot get a better immigration attorney than Mr. Lozano.

Mr. Lozano is a very skilled and compassionate attorney, particularly in matters concerning immigration. Having spent time with Alredo in both personal and professional settings, I can attest to his strong character and expertise in the practice of law and highly recommend him and his team.

Alfredo is a top notch immigration lawyer. I have seen him handle numerous complicated clients cases and he has obtained favorable results. He is efficient and caring and does a great job in representing clients.

I endorse Alfredo. He is very passionate about his practice and is highly skilled in handling Immigration Law matters. I know he will take care of clients that I refer to him.

Alfredo has years of experience in immigration law and truly cares for his clients. I would feel completely comfortable referring him clients in San Angelo and the surrounding region for immigration services.

I've known Alfredo since January 2015 through a mutual professional organization. Alfredo is a great listener. He knows immigration law and has built an law firm that serves his clients well. If he says he can help you, don't go elsewhere! Trust his advice.

I have known Alfredo for several years. Alfredo is an excellent attorney who genuinely cares about the needs of his clients.

I endorse this lawyer. Highly knowledgeable and experienced in the area of immigration law, Alfredo is always prepared and is a dedicated advocate for his clients and their needs. In addition, he has gained the reputation of going the extra mile in terms of customer service. I hgihly recommend him.

Alfredo is very skilled in his area of law, and I fully trust him to handle my clients' immigration-related matters.

I endorse this lawyer. Alfredo is very knowledgeable and experienced in Immigration Law.

I endorse Mr Lozano. The fact that he is Board Certified in Immigration law speaks for itself.

Alfredo is a highly skilled immigration attorney that is very reliable and expert in his area. He has helped many of our mutual clients with their immigration needs, and I have seen many of these clients refer him more business due to his exceptional customer service.

I highly recommend Alfredo to any business or person in need of an immigration law expert. Alfredo is highly competent. As a labor and employment practitioner, I have consulted Alfredo on numerous occasions when I have needed his expertise.

I highly recommend and strongly endorse this lawyer. He is an outstanding attorney who exemplifies the desirable traits of competency, excellent people skills, and dedication to his profession.