He has successfully obtained results for clients through negotiations, alternative dispute resolution, trial, and appellate proceedings.  Robert is also a mediator who is credentialed to mediate civil and family cases.

Robert graduated from South Texas College of Law in 2004 and was a member of Phi Delta Phi, an International Law Fraternity.  He is a 2001 graduate from Texas A&M University with a BBA in Business Management and was an officer and member of Lambda Chi Alpha Fraternity.

Robert works with others in the community to promote positive youth development, Americanism, and an access to justice.  Robert lives in Fort Bend County, Texas, with his wife and children.

Robert was proud to have served as President of the Fort Bend County Bar Association in 2010. 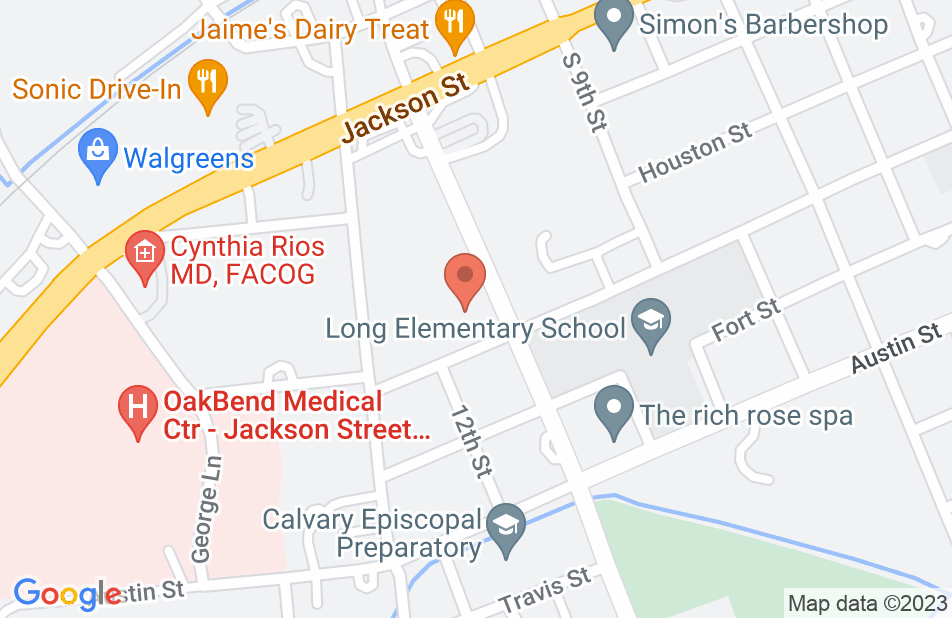 My oldest turned 18 and I needed to have my child support modified and after looking at the requirements I realized it was well beyond my legal skills. Robert and his team got everything done quickly and properly with some good advice along the way. Thanks again Robert!
This review is from a person who hired this attorney.
Hired attorney

Unfortunately I had no choice but to enlist the help of a lawyer for a divorce that came unexpectedly. I am a father of two great kiddos and am more than grateful to have had Robert by my side to navigate the unknown waters. In my experience (both professional and personal), one would find it hard to find a lawyer that is truly invested in an individual's personal matters. From point A to point B, Robert guided me efficiently and competently with my family's best interest in mind. He is extremely knowledgeable when it comes to Texas law and makes the most of his (and your) time. Any question I had was answered clearly and thoroughly time after time. Every now and again he may be hard to get a hold of (usually tied up in court, mediation, etc), but don't worry, he always return calls in a timely matter. Thanks to him, I have my children half of the time, and for that, can't thank him enough. My kids are a huge part of my life, and the thought of seeing them every once in a while broke my heart. Money spent with Robert will yield a return that cannot be bought. Thanks again Robert, you have a client for life!
This review is from a person who hired this attorney.
Hired attorney

I hired Mr. Franks as my lawyer in a Divorce case and I'm happy I did. He handled my case professionally and kept me informed with every process all the way through.
This review is from a person who hired this attorney.
Hired attorney

I Greatly appreciate how much help Robert was in my situation quick fast and efficient. He definitely Is a five star attorney.
This review is from a person who hired this attorney.
Hired attorney

I was recommended to Robert from a trusted friend and was very impressed and pleased with his service. He walked me through all the steps and made sure I was covered from start to finish. He and his staff was in constant communication with me during the whole process. I would highly recommend him to anyone who has to go through a divorce. Divorce is hard enough, it's good to have him on your side to take care of the legal part.
This review is from a person who hired this attorney.
Hired attorney

Divorce and Last Will and Testament

Robert did a fantastic job representing me during my divorce. He has a calming demeanor, that helped during this emotional event. He is detailed oriented and I felt going into my mediation that we were the best prepared and it showed during the negotiation. I also asked Robert to prepare a will for me after my divorce was complete and final. He and his team prepared the will and walked me through the process needed. I would fully recommend Robert for your family, probate and or real estate needs.
This review is from a person who hired this attorney.
Hired attorney

Awesome - To the Point - Great Attorney

I highly recommend Mr. Franks for any divorce and child custody cases. We hired him for a divorce and for a child support revision. He handled the situations with the upmost respect and concern. He treated you like you were the only client he had at the time. I felt confident of him handling our case and we would get what was best for both parties. He is a trustworthy attorney. I would definitely hire him again if any case should arise in my family.
This review is from a person who hired this attorney.
Hired attorney

After searching and initially speaking with different lawyers who did not give me hopes that my case would be easy to beat, I was recommended Mr. Franks through a good friend of mine. She also had a difficult case that was won by Mr. Franks so I made the decision to contact his office after almost giving up. From the beginning i was treated with nothing but respect and honesty. He told me what things would be difficult in my case and what we could do to help the situation. Not only did Mr. Franks help make me feel at ease but he explained just how the process would take place and how long it would take to beat. He even gave me tips on what to do and not to do while the case was open, which no other lawyer that I had seen before him had done. He and his staff were all very professional and kept me updated on everything that took place. He made sure the process was up to speed and by the time i knew it, my case was over. I was very pleased with how things were handled. Other friends who started their cases with other lawyers before me were very surprised that my case was finalized before theirs! My case went extremely well even though the other "party" was not being very cooperative. I thank both Mr. Franks and his staff for all the help and for always being so caring about my children and I. I definitely recommend him to anyone who is looking for a family lawyer. He really did do what was best for my children and I. From the bottom of my heart, Thank you!
This review is from a person who hired this attorney.
Hired attorney

Working with Mr. Franks was a wonderful experience. He and his staff were very responsive and always available to answer any questions or concerns that I had. He kept me calm throughout the process and always looked out for my best interest. The process went as quickly as possible and he followed up daily to make sure things progressed the way they should. I would highly recommend hiring Mr. Franks as your attorney should you ever need one.
This review is from a person who hired this attorney.
Hired attorney

I was on the winning side of my legal dispute because Mr. Franks was MY lawyer on this case. Mr. Franks gathered and evaluated the necessary information for my case and offered a CLEAR framework for EACH of the various options available to me in the legal system. He helped me select the best timing to file the dispute; evaluate the best framework; and select the appropriate court system to use. He had the right level of foresight for a successful outcome. In my case, the opposing party filed a counter-suit citing enormous damages. Mr. Franks remained committed to achieving the original resolution available for the legal process and continued with the original framework. He offered solutions where needed and was able to effectively defeat EVERY counter point urged by the opposing party with the appropriate response and level of documentation. His office staff was also amazing and CONSISTENTLY helpful. They got me through the proceedings in an efficient manner. They were able to steer me through the process with excellent customer care and attention to details throughout the process. Mr. Frank’s and his office left nothing to chance. They were each proactive every step of the way.
This review is from a person who hired this attorney.
Hired attorney
See all reviews

Matthew Scholes, Family Attorney on May 21, 2012
Relationship: Worked for lawyer

Robert is a phenomenal lawyer and gets results!