After working with legendary Criminal Defense attorney Dick DeGuerin for 15 years, I decided to open my own practice to help people charged with serious felony cases in Texas.  Prior to working with Dick, I was a prosecutor for seven years in the Texas Hill Country and then in Austin, Texas.  I have successfully defended clients in nearly every corner of Texas in over 100 jury and bench trials.  I look forward to helping you. 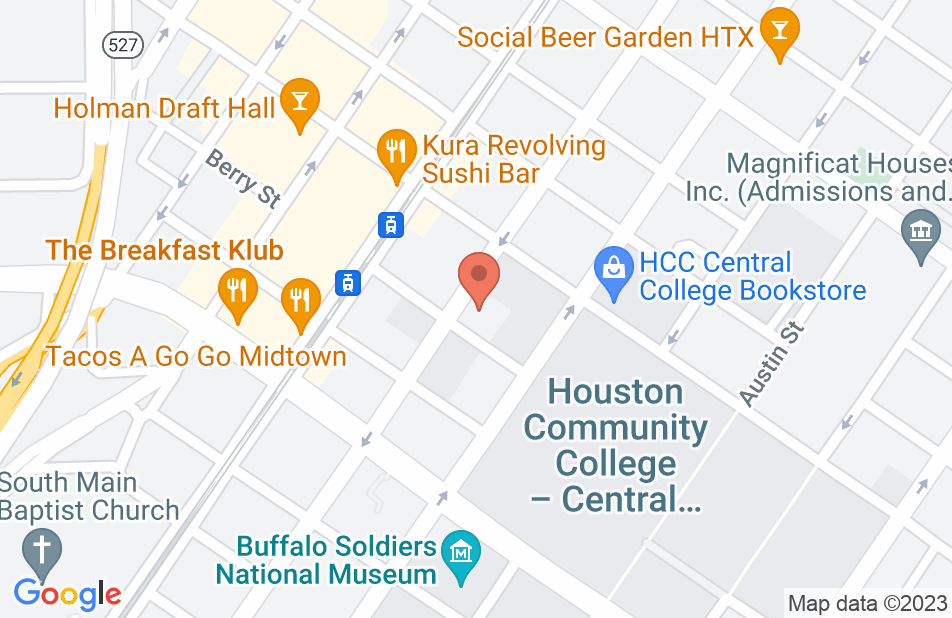 Todd is the best criminal defense attorney in the state. He advocated for me and worked tirelessly on my behalf. He kept me updated on current activities & next steps and always responded promptly when I had questions or concerns. I would recommend Todd to all family and friends.
This review is from a person who hired this attorney.
Hired attorney

Mr Ward was an excellent attorney. He took the time to listen to me, understand my situation, and develop a fact based approach to my case. He was timely and thorough in everything relating to my case. I can’t thank him enough for the tremendous effort he put into proving my innocence.
This review is from a person who hired this attorney.
Hired attorney

I Hired Todd to defend a charge for a stupid mistake i made. I was completely impressed by his professionalism, command of the Law, experience and his ability to reduce the impact of the charges on my personal life and financially. He was very considerate, caring and worked extremely hard to defend my case in court. I would recommend Todd unconditionally.
This review is from a person who hired this attorney.
Hired attorney

Mr Ward went above and beyond to take care of me! The accusations where false and he made sure that I didn’t pay for something I didn’t do. He treated me respect and honesty even when the authorities didn’t. I highly recommend Mr. Ward to anyone who wants a lawyer who will fight for them.
This review is from a person who hired this attorney.
Hired attorney

I was very fortunate to have Todd represent me. He guided me through the complexities of the case & procedures, was prompt in his work and his strategy paid off. Thank you again Todd for everything.
This review is from a person who hired this attorney.
Hired attorney

I met Todd when my husband hired him a few years ago. Todd assisted him and his teenage son on two separate cases. When my own son was 16, he had his whole future in front of him, however he got himself into a little trouble. With the professional, attentive and great experience, Todd was able to get the DA to drop the charge and today my son has a bright future without a negative past dragging him down.
This review is from a person who hired this attorney.
Hired attorney

I hired Todd and he handled my issue efficiently and professionally. I was extremely pleased with the results and recommend him to anyone needing council.
This review is from a person who hired this attorney.
Hired attorney

He provided first-class representation! He is responsive, his technical expertise and timely advice kept me at ease through the difficult process. I could always pick up the phone and he would speak with me candidly throughout the duration of my case. He was a great listener and fought hard for me until justice was served. He was my David against Goliath! I could never find the words to “thank him”. I would recommend Todd to anyone in need of professional representation from a truly dedicated person.
This review is from a person who hired this attorney.
Hired attorney

Hired Todd Ward for two different cases, and in every case he took really good care in all details and worked all angles really well. He demonstrated great knowledge of the law and the court and got the best deals for my son. He was always very honest and explained everything really well to understand the options, and foremost he demonstrated that he really care for his client. I highly recommend him
This review is from a person who hired this attorney.
Hired attorney

Outstanding lawyer on my Federal Case - Would hire again anyday!

I originally came to the Dick DeGuerin law firm in Feb 2014 having just had a search warrant executed on my business location. The Feds came in, executed the warrant, seized computers, products and documents and left. I was not indicted or even arrested at that point but felt I needed representation in case it might lead to that. 15 months later I was indicted on trafficking in counterfeit products and felon in possession of a gun. Since having retained the firm, the prosecutor allowed me to just turn myself in and bail out. Very civil for me and my family. Todd was very good about communicating with me, and keeping me in the loop at all times. He would meet with me anytime I needed. He negotiated a cooperation deal with prosecutors for me early on and had the felon in possession dropped. Todd arranged and accompanied me to all meetings with federal agents, prosecutors and the corporate victims. He worked with the 2 corporations to negotiate my restitution from a possibility of over 1 million down to a cash payment of 50K, prior to sentencing so that the judge would not have to assess that. At sentencing, I made my statement, the victims and the prosecutors as well. The prosecutors submitted a 5K1 for the successful cooperation effort and asked for 18 months. Todd asked for 1 year and a day. The judge initially started at 5 years but with the prosecutor and Todd’s appeal for less time, he sentenced me to 2 years. This was the best possible scenario considering all the details of my case and criminal history (2 prior state prison terms). On top of that, Todd was able to request a self-surrender for me. I am very grateful to have had Todd Ward represent me and I would hire him again if ever the need arises. Todd is very much a professional in this field. I am now home from prison after just 18 months, back with my family. Thank you very much for taking my case Todd. I am forever indebted to you. ST. - Magnolia, Texas
This review is from a person who hired this attorney.
Hired attorney
See all reviews

I have known Todd Ward for almost 30 years. Todd is the most ethical person and lawyer I know. Todd works extremely hard for his clients. He spends the time to get to know his client and their families. He reviews cases with a fine toothcomb and becomes more familiar with the facts than the prosecutor. Todd has always had the work ethic and learned how to implement it working for and alongside Dick DeGuerin. I often call on Todd for advice because I know that it will be accurate and honest.

I endorse this lawyer. He is an excellent trial attorney and always ethical while remaining zealous.

I endorse this lawyer. I have seen Todd hard at work for his clients. This is a lawyer who will not miss a detail and who knows the law. If you are looking for excellence, look no further.

Todd is a conscientious and caring lawyer who does nothing short of his absolute best for his clients. I should know. I worked with him for over a decade on many criminal cases of all types. I have also referred him casss without hesitation. He has a great bedside manner, is always available, and is not afraid to fight like hell.