DEDICATED TO PROTECTING Your Freedom, Family & Future. Fort Worth Attorneys on Your Side!

At The Clark Law Firm, our attorney team has decades of combined experience in criminal defense and family law, and we are well known for achieving positive results for our clients. We understand that criminal law and family law issues are often intertwined, and these areas of law can profoundly affect your life and the life of your family. As criminal defense and family law attorneys, we formulate comprehensive strategies to protect your freedom, your family and your future. We Take A Personal Interest In Your Case Our firm's founder Bradley L. Clark was born and raised in this area. He has served residents of the Tarrant and Parker County communities all of his career, and he is passionate about ensuring that your rights are protected. Our law firm has remained small to make sure that we are able to provide the individual attention and counsel you need and deserve. We know that your legal circumstances are unique, and you can rely on us to create a customized strategy for your specific situation. 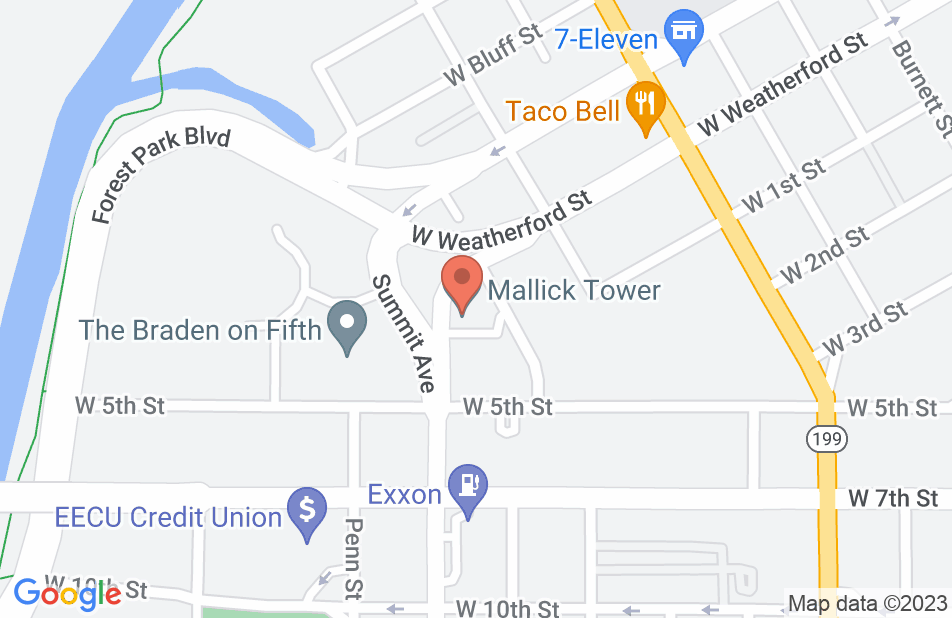 More than a 5 star

Mr. Clark is the best in the business. He worked hard and we could not have gotten a better outcome. I am honored to call him my attorney and will use him again if I ever need to.
This review is from a person who hired this attorney.
Hired attorney

Breanne Clark was an amazing attorney and great human being. Clark Law firm put my life back together and fought for my rights and believed in me when so many persecuted and tried to destroy me. Clark Law Firm fought for my freedom and brought me justice.
This review is from a person who hired this attorney.
Hired attorney

Mr. Clark was beyond helpful with my case. He answered all of my questions and was upfront and honest with me from beginning to end. He got me a great deal that I never would've expected with the circumstances I was under. Tracy was also extremely helpful with all of the ridiculous questions that I called and asked her all of the time. Overall Mr. Clark and Tracy felt like family after it was all said and done. I honestly could not thank them enough.
This review is from a person who hired this attorney.
Hired attorney

Mr Clark took my case, and was honest and up front the whole time. He got me a pretty good deal, the best he could with my circumstances, which included 40 hours Community service waved. Tracy answered all my questions which I am sure I bugged the heck out of her, they made sure I got all my stuff done that would help me out in the court room before my court date. Would recommend Mr Clark. Hope I don't have to but, would definitely use him again.
This review is from a person who hired this attorney.
Hired attorney

Whatever your legal problem is Brad will treat you lake family. Well at least family he likes. Professional and well done outcome.
This review is from a person who hired this attorney.
Hired attorney

I've hired him when I was facing some serious charges and he was great about calming me down an reassuring me that he would do all he could to aim at a dismissal and that's exactly what he was able to do. Everything he has ever said he could do, without question he has done and superseded all expectations in working with him. I'm so grateful for his help and would definitely recommend him to anyone that is facing legal trouble.
This review is from a person who hired this attorney.
Hired attorney

Thank you too Brad Clark and his team for going through what I believe to be great lengths in order to keep my sentencing to a absolute minimum. I am very pleased with how everything turned out time wise and financially , by listening to mr. Clark speak and by all the classes he referred me to I definitely understand what I did wrong and accept my conviction and will not have to be back in his office again or any court again. However I would recommend Brad Clark to anyone that needs attorney assistance in my opinion mr. Clark is by far the best attorney in Fort Worth.
This review is from a person who hired this attorney.
Hired attorney

Brad is an amazing lawyer

I went to see Brad because of probation violation. I hadn't reported in several months. He told me he was going to call and see what probation and my officer would say about the situation. They fought him hard on setting a bond but he got them to set a bond so I could do a walk through and no longer have a warrant. I was on bond probation after my walk through. He did all that at first before even discussing his fee. It wasn't until after I no longer had a warrant and had a court date set to see about reinstatement that we discussed and arranged that. I've never met a lawyer who is willing to act first then make payment arrangements later. Usually you walk in the door and they say ok it's going to be this much do u have a down payment? And won't do anything until you pay that. He had to fight them hard again to get them to come to an agreement to reinstate me and eventually they did and I only had to do 30 days of weekend jail. But he didn't stop working on my case even then after he had done what I had hired him to do. I wanted to transfer and move back home which was out of state and he got them to not only approve me moving but letting me off probation entirely. He is beyond an amazing lawyer and he goes above and beyond what he has to for you! Don't waste your time shopping other lawyers hire Brad Clark!
This review is from a person who hired this attorney.
Hired attorney

As a 20 year old college student, I made a dumb mistake. I got in a fist fight and hurt someone. Unaware of the system, I made the mistake of hiring an inexperienced lawyer. As a first time offender, i received 5 years of probation. Fast forward 3 years, I graduated college and was on my way to law school. I was in a nasty mix up. I supplied the probation agency with all the paperwork for a transfer to California. Three months into law school I receive a call from my probation officer stating that my probation was being revoked because I left without permission. I did my research, contacted and consulted with many attorneys. Many lawyers wanted money upfront and seemed to only care about just that. As a former public defender, Mr. Clark sparked my interest. He was the exact opposite. He genuinely took interest in my case. He told me he would help resolve my probation and only then be paid on the agreed amount, which was very reasonable and fair. He was extremely professional and punctual. I trusted him completely. If he said he was going to do something, I considered it done. Initially my application for dismissal was denied and Mr. Clark did not ask for any payment. I decided to retain him as my lawyer because of his honesty and work ethic. Fast forward about a year, and Mr. Clark kept his word. He helped me get off probation. I'm extremely grateful to have met Mr. Clark. He is the epitome of a class act. I highly recommend him for anyone seeking a professional in the criminal field of law.
This review is from a person who hired this attorney.
Hired attorney

You never want to need a lawyer, but if you do Brad is the man. From the initial consultation on I knew I'd have an outstanding attorney. Brads personal confidence, work experience and calm demeanor guided me through a stressful journey into the justice system. The outcome was more than agreeable, and better than I expected.
This review is from a person who hired this attorney.
Hired attorney
See all reviews

I endorse this lawyer. When I was a prosecutor, Brad was one of the attorneys that I trusted. He was knowledgeable about the law in many areas and taught me a lot. After I came over to the criminal defense side, Brad has been helpful and is always willing to lend an ear, and help me if I encounter an issue that's new to me.

I endorse this lawyer. I worked against Brad on many cases when I was a prosecutor. He was smart, tough, and cared about his clients. His compassion drove him to get amazing outcomes for his clients. Now that I am practicing criminal defense, he has always been willing to mentor me. Great man and great attorney.

I endorse this lawyer. I have known Brad for many years and he has always been a tough advocate for his clients. Hes pleasant in personality and you can clearly see he cares for his clients.

I endorse this lawyer. Excellent Criminal Trial Lawyer. Knows the law and provides superb legal services to his clients.

I have known Brad for many years and worked with him on several cases when I was a prosecutor. Brad is honest, ethical and works hard for his clients. He is a very experienced criminal lawyer and I endorse him without reservation.

I endorse this lawyer. I have had cases with Mr. Clark as a prosecutor for many years prior to becoming a defense attorney myself. Brad always fights for his clients and represents their interests zealously. He is a class act attorney.

Brad Clark is an outstanding criminal defense attorney to whom I have great confidence referring clients,