In 1996, I received my undergraduate degree from the University of Texas at Arlington. I received my Juris Doctor degree from Texas A&M University School of Law and was licensed to practice law in 2001. After becoming licensed, I continued in public service as an Assistant District Attorney where I gained experience as a felony prosecutor and asset forfeiture attorney for the State of Texas.

Let me put my experience to work for you! 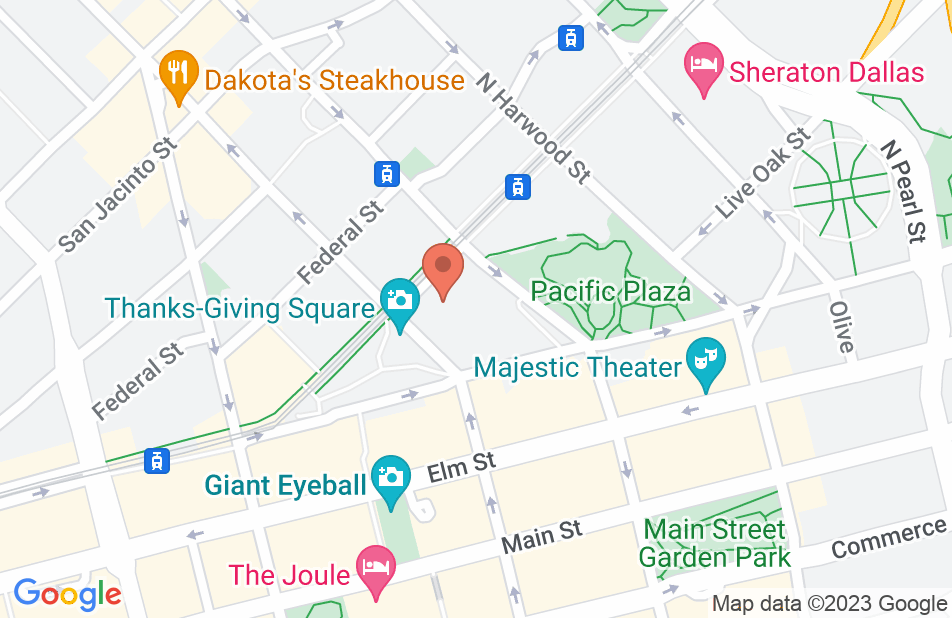 Mr. Wisely represented my son in a recent Federal case. To say that he went above and beyond expectations, is an understatement. Not only did Mr. Wisely represent my son's legal interest, he took a personal interest in my son's well being and went out of his way to keep his family informed of all the proceedings . I would recommend Mr. Wisley to anyone in need of legal representation. On a scale of 1 to 10, I give him an 11.
This review is from a person who hired this attorney.
Hired attorney

One minor mistake on my part caused me to face catastrophic legal problems by the federal and state government. Terrified that I was likely facing prison time in either or both state and federal systems, I did not know who to turn to. While searching for someone who could represent me in both of these venues I am now relived to have come across Vincent's name. Vincent was able to successfully represent my case before the federal district attorney and the state attorney. Against all odds and due to his persistence he was able to negotiate favorable terms in my case. This put me in the best possible position when we went to court and presented my case before the judges. It was important to me to have someone who understood the details of my case and could represent me in front of both state and federal courts, I did not want the added stress of having an attorney for each court, Vincent appeared to seamlessly be able to manage both courts without issue. In addition to managing the individual district attorneys, Vincent also was able to address the concerns I faced with my parole officer. He reached out to my parole officer to keep her apprised of the situation and discuss details required for the case, He revealed discrepancies in reports which aided in the case. Vincent was able to set my mind at ease during the entire process by keeping me constantly updated to the progress and what to expect. He did not sugar coat any of the expectations but always remained positive. In the end, Vincent was able to settle the federal case with the best possible outcome and negotiated a dismissal of all charges with the state charges. While I hope, and plan, to never go through this type of ordeal again, it is assuring to know that Vincent is there to help if I do face these types of legal challenges again. I could not have asked for or expected anyone better,
This review is from a person who hired this attorney.
Hired attorney

Vincent has been extremely honest with me from day one. I would recommend him to anyone that would need help!
This review is from a person who hired this attorney.
Hired attorney

Mr. Wisely represented my son in a very complicated bank robbery case. Mr. Wisely used his expertise to present all the facts to the judge and so very eloquently spoke of my son’s changed heart and mindset which I know helped the judge give my son a fair sentence! I honestly believe the outcome went well because of Attorney Wisely! Attorney Wisely truly cares not just about the final outcome but his client also! He poured so much heart and knowledge into my son as if he was his own!! I truly appreciate everything Attorney Wisely did for my son! Thanks so very much Attorney Wisely!!!
This review is from a person who hired this attorney.
Hired attorney

I wanted to say that I very much appreciated everything Lawyer Wisely had done for me beginning with the first sad day when he took time to hear my case. He did an excellent job guiding and walking with me through difficult situation. My experience with Lawyer Wisely was great. I felt comfortable knowing my case was being handled thoroughly and with care and concern. I definitely recommend Lawyer Wisely to anyone who wants an attorney that truly works for you. His professionalism and integrity are great. Thank you for his kind words and respectful thoughts.
This review is from a person who hired this attorney.
Hired attorney

Vince is an excellent lawyer

Vince was hired to probate my Mother's will. He was careful not to charge extra for time. He knew his way around the Tarrant County Courthouse. He was very kind and understanding towards my Dad. The process went quick and painless very happy with the service he provided. Would suggest Vince as a lawyer to anyone needed one.
This review is from a person who hired this attorney.
Hired attorney

My experience with Vincent Wisely was great. I felt very comfortable knowing my case was being handled thoroughly and with care and concern. I definately recommend Vincent Wisely to anyone who wants an attorney that truly works for you.
This review is from a person who hired this attorney.
Hired attorney

Mr Wisely represented me as a court appointed attorney in my federal case.He was such a professional,and was always totally prepared.He drove an hour to my home on several occasions to meet with me to go over the details of my case and prepair me and himself to get the best outcome possible.In the beginning I was facing from 6 to 10 years,but Mr Wisely fought for me.....and got me down to only having to serve 8 months which i am very happy with....and i especially took note of his attention to details,saving negotiating emails w the u.s. attorney(which were lifesaving),and he really does his homework.He's a complete professional who really cares and has heart...and I really struck gold when he was appointed to represent me
This review is from a person who hired this attorney.
Hired attorney

I used Vince for a Child custody modification. Vince was awesome! He's an attorney that will represent you with professionalism and a knowledge of the law that is unsurpassed. Vince responded to me when I needed him, even on his days off he made time for me. I cannot express enough how pleased I was with the outcome of my case, and the hard work Vince did in representing me! I fully recommend Vince Wisley to anyone needing the a top ace attorney to represent them.
This review is from a person who hired this attorney.
Hired attorney

Mr. Wisely took over my case after another attorney had really botched it over a two month period and had charged me a substantial amount of money. I was going to be terminated (guaranteed) and come out with nothing. He was able to negotiate a deal where I was able to retire with full benefits and clear my record along with a few other things.. All of this in less than one week.
See all reviews

I endorse this lawyer. I've known Vince for at least ten years. We've worked together and consulted in defense of citizens accused on multiple occasions. He's an excellent trial attorney, very thorough and knowledgeable. I have referred people to Vince and I would highly recommend him in future requests for referrals.

Vince and I have worked together on a number of matters involving law enforcement officials who were accused of criminal wrongdoing. Vince is a leader in this specialized and high-stakes field of law. He is always thorough, well-prepared and strategic in his approach. So it should come as no surprise that he has achieved so many great outcomes for his clients.

Vince is very thoughtful in his representation and extremely trustworthy. I endorse this lawyer.

Jeff McKnight, Divorce and separation Attorney on Jan 11, 2017
Relationship: Worked together on matter

I have worked with Vincent on several occasions. I have always found him to be honest, straightforward and knowledgeable. If you are looking for a lawyer that will work hard and aggressively fight for you, Vincent is the guy to call.

Edith Thomas, Employment and labor Attorney on Dec 9, 2015
Relationship: Worked together on matter

Vincent is an exceptional attorney, and I was very impressed with his knowledge of the law. I would highly recommend him to anyone looking to retain an attorney.

Vincent is an extremely knowledgeable attorney and represents his clients to the fullest. I am proud to endorse Mr. Wisely.

Vince and I have worked together on a number of matters involving law enforcement officials who were accused of criminal wrongdoing. Vince is a leader in this specialized and high-stakes field of law. He is always thorough, well-prepared and strategic in his approach. So it should come as no surprise that he has achieved so many great outcomes for his clients.

I endorse this lawyer. Vincent is an intelligent and dedicated advocate. He is a credit to the profession.

I endorse this lawyer. Mr. Wisely is a very ethical and down to earth attorney. He strongly advocates for the position of his clients. He was a pleasure to work with and I have the utmost respect for him.

I endorse this lawyer. Vince is a remarkably insightful and easy to work with in reaching workable solutions to difficult situations. He is realistic in his expectations and demands his clients to be also. I actually enjoy having cases with Vincent because I can trust what he tells me and he doesn't play "hide the ball" games other attorneys are known to do.

Had the opportunity to observe this attorney during his representation of a family member. He did an excellent job and accomplished things we did not think were possible in this case.

I worked with Vince. Vince has a wealth of experience that translates into tactical skills that he uses to help his clients. I recommend Vince.

I highly endorse Vince Wisely. He is a smart, aggressive lawyer that you want in your corner. Vince's work ethic and compassion for his clients combine to make one of the best criminal advocates in the Dallas area.

I endorse this lawyer. Vincent and I have had numerous encounters in the courtroom and he handles his business effectively and professionally. He is a tenacious prosecutor but fair-handed is his negotiations. I highly recommend Vincent to any potential clients.

I highly recommend Vince Wisley as an excellent attorney. I have known Vince for fifteen years. He is resourceful and talented. And he is an attorney who is very adept in representing his clients.

Vincent is an ex-police officer who really knows the law and fights tenaciously for his clients. I am impressed by his skill and would highly recommend him.

I endorse this lawyer. Vincent has great insight and is very knowledgeable about the law. He is hard working and cares about his clients.

I endorse this lawyer. I've known Vince for at least ten years. We've worked together and consulted in defense of citizens accused on multiple occasions. He's an excellent trial attorney, very thorough and knowledgeable. I have referred people to Vince and I would highly recommend him in future requests for referrals.