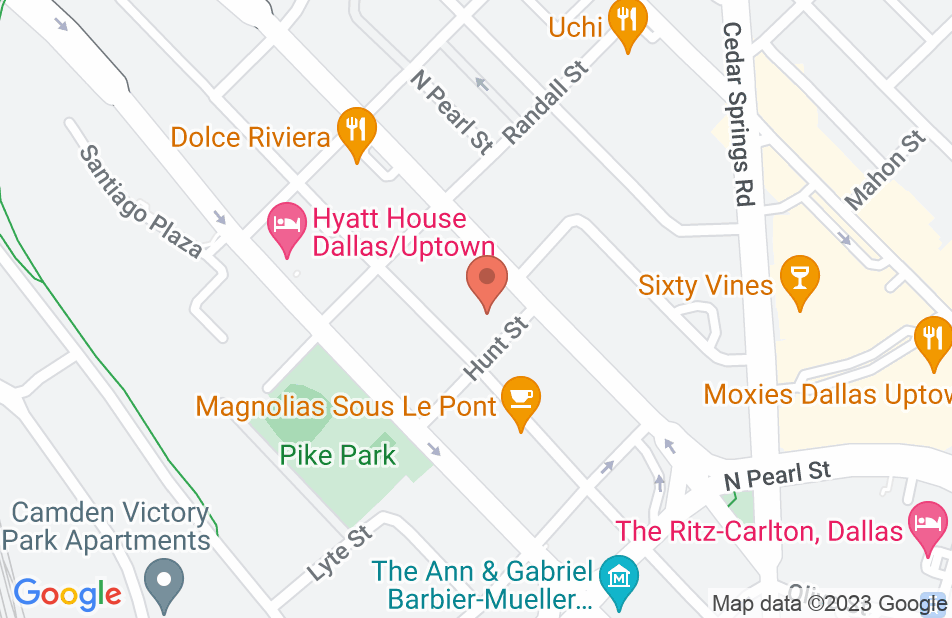 One of the best lawyers in Texas. A total pro.

Hiring George was some of the best money I have ever spent. Getting arrested is scary. The criminal justice system feels like a Franz Kafka novel. Its supposed to be scary. George helped me through every step of the process. From bail to a motion for early termination of probation. He was there throughout the years and yes this process will take years. He did not back down, even for a second, when the state made it more difficult on him. He gave me fair and balanced advice even when choosing one path would result in more work for him on a fixed-fee arrangement. Not only did I get excellent representation, he helped me through the process with regards to what expect each step of the way and how to present myself. I was able to rest easy (as easy as one could) knowing that as long as I followed his advice perfectly, I would be in the best circumstance I could possibly be in. I trusted him completely and it paid off, big time. Some of his best advice was on very nuanced issues that only a man with a decade plus experience practicing law could have. Advice like 'Don't make that phone call' 'Leave this part alone' or 'Press this issue here'. This man knows the criminal justice system. Approaching the bureaucratic meat-grinder that is the criminal justice system without someone like George in your corner, if you have the option, is a terrible idea. With George in your corner, things will work out the best they possibly can given the circumstances. That is a near certainty.
This review is from a person who hired this attorney.
Hired attorney

The best in Dallas

I was scared and panicked after being arrested for a DWI. I was lucky enough to be referred to Mr. Milner by a friend. His staff was top notch and always available when I needed something. Mr. Milner explained everything to me as the case went on (License Hearing and DWI case). Eventually, we went to trial and got a NOT GUILTY. I had a high blood score, so I thought there was no hope for me. I was wrong!!! I would recommend George Milner to anyone facing a DWI case. He saved my life and my job.
This review is from a person who hired this attorney.
Hired attorney

The best in Dallas for DWI cases!

I hired George Milner because I was told he was the best. I had a scram device that gave a bogus alcohol reading a week before my probation ended and they charged a violation and kept me in probation for another 3 months. Mr. Milner guided me through blood testing that goes back several weeks to prove no alcohol in my system and battled with the prosecutor to dismiss the case. Needless to say, the case was thrown out and I am on my way to get a refund on my cash bond! His staff is very professional, patient and courteous. They really are the best! Sometimes you have to pay for peace of mind. Him and his staff were worth every penny!
This review is from a person who hired this attorney.
Hired attorney

Best lawyer in town for any criminal case

I was totally impressed with Mr. Milner! My career and families well being was at stake. Mr. Milner and his staff did everything possible to help me get the desired results during my DWI case. The dismissal kept my reputation and job intact. I am forever grateful.
This review is from a person who hired this attorney.
Hired attorney

I was referred to Mr Milner by several co-workers who made a career in Law enforcement. “Milner is the man you need.”...they said. It was a very difficult time and knowing Mr Milner was in my corner gave me hope. I am satisfied with the outcome and have referred others in the field since. A good man to hire in Dallas.
This review is from a person who hired this attorney.
Hired attorney

I hired George off of a recommendation from a friend and it was the best decision. I contacted him on a Friday and he met with me the following Monday. Every interaction with George and Rebecca (his paralegal) was very positive, helpful and prompt. They always explained everything very thoroughly to us since we had never been in a situation to need a lawyer, but he was also very honest about the case and options we had. They kept in contact often to let us know of any changes and updates. Thankfully George was able to get the case dismissed before going to trial and we are very thankful he was referred to us. Should the occasion arise in the future, we would definitely hire him again.
This review is from a person who hired this attorney.
Hired attorney

The Best Attorney in DFW

I contacted George Milner after being charged with a Felony I know 100% I didn't commit. I know your attorney is supposed to protect your rights and be on your side but George was more than that. He talked to me and got my side of the story and I told him I was innocent. Most defense attorneys don't care if you did it or not, they are just trying to get your money and they will do what they can to get you off the charge if possible. But George took it personally that I had been wrongfully charged and worked hard to make sure I did what was necessary to prove it before the Grand Jury Indictment. He helped me thru the warrant and bail process and went with me to the courthouse to check myself in and made sure I was bailed out as soon as possible. I then followed his advice and took the steps he advised me to take so he could prepare my Grand Jury packet. When the day came the grand jury read his packet and saw the steps we had taken to prove I had been falsely charged. Later that day the grand jury came back and "no-billed" me. That meant I didn't have to go to trial and the charges had been officially dropped. Being charged with a felony is nerve racking and George Milner made me feel confident he had my back and he followed thru with every word he told me.
This review is from a person who hired this attorney.
Hired attorney

Given a situation which was extremely stressful, George provided piece of mind and handled everything. I was able to focus on work and my family. Thanks to his dedication I have my life and freedom.

George Milner is a fantastic criminal defense attorney and trial lawyer. I have referred many clients to him on Dallas County cases and he has done a great job for them. He is ethical, hardworking and trustworthy and treats clients like they are family not just “clients”. You can’t do better than George Milner for criminal defense in state and federal cases.

George is an excellent criminal defense attorney who works very hard for his clients. Highly recommended.

Mr. Milner is about the best trial lawyer around Dallas. His courtroom demeanor and charisma make him a winner on the toughest cases. He is a member of one of the best law firms in Dallas. George is a frequent lecturer at criminal law seminars and is one of the leaders in the practice of criminal defense.