I lead our Immigration Practice Group.  My education has taken place literally worldwide and from coast to coast.  I obtained my law degree in South Africa and am licensed by the State Bar of California and State Bar of Texas.   As an immigrant myself and the former chair of the immigration practice of the Dallas office of a large international law firm, I understand what a critical and life-changing decision it is moving family or employees to the United States.   I focus on both family and corporate based immigration representing athletes, spouses, authors, individuals and fortune 500 corporations with their immigrant and non immigrant visa needs.  My dedication and efficiency enables me to manage my busy life as a lawyer, wife and parent of two active children. 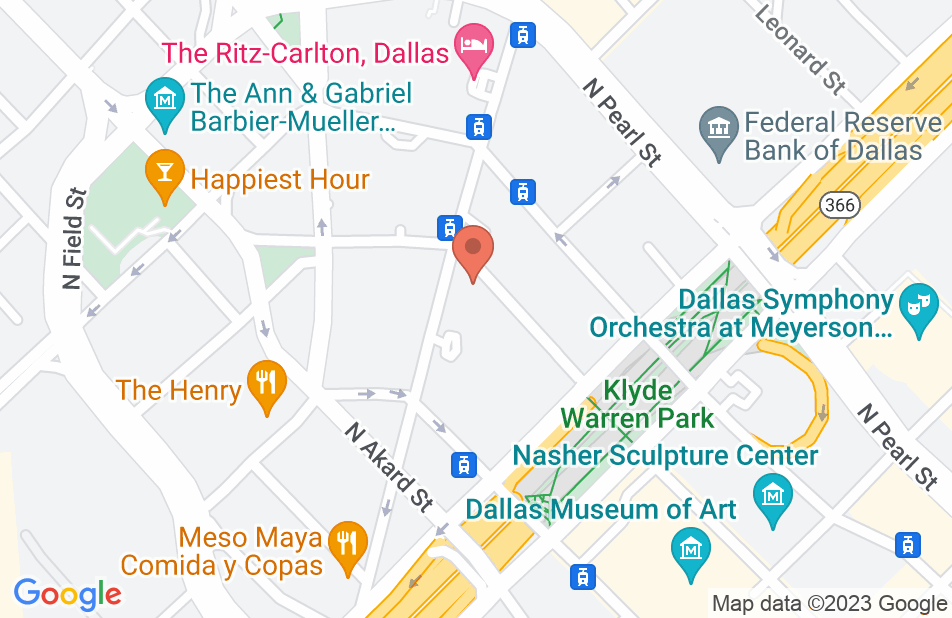 Last week we received the most dreamed card for me and my family, first the working permit(EB-2) a year ago and now The Green Card, this process was very smooth and easy with Pollak and her team, specially thanks to Isela Resendiz, great support and most important, very clear process since the first meeting to the last steps, no surprises or extra payments(very common with lawyers). Thanks you so much and keep doing this great job.
This review is from a person who hired this attorney.
Hired attorney

Karen and Isela are the best in this line of work. I have known Karen for years now and she helped me on this long journey right from the point of helping me with my green card and my citizenship to successfully organizing in a meticulous fashion the paperwork for my mom’s green card and the great news is that my mom got her green card approval and stamp at the US Consulate in Mumbai India in the first week of Jan 2020. This is the best thing which could have happened at the start of a new year. Karen is one of the most amazing wonderful person I have come across in my life and she is not only a great lawyer but also I love and respect her as family. We have grown a strong bond over the years and I wish her great success in the years to come. Regards Josh
This review is from a person who hired this attorney.
Hired attorney

She is amazing. You know what's more great about her? You can directly talk to her when you call their office with no hassle. I have never seen an attorney so great about their client service.
This review is from a potential client who consulted with this attorney.
Consulted attorney

Karen has been helping us through our green card process. She is professional and thorough. I highly recommend
This review is from a person who hired this attorney.
Hired attorney

I highly recommend Ms. Pollak for all your immigration problems. I have a Ph.D. and Karen-Lee helped me to file the application for the EB1-EA green card. She has a soft voice and business-like attitude. She always responded quickly and spot-on to my questions and emails. You can be confident that she will find the best option for you. In the beginning, I wasn't sure if I qualify for the green card. I thought the number of citations wasn't enough. She evaluated my case and suggested to apply for EB-1EA first and if it didn't go through, we would have reapplied for NIW EB-2 category. She explained what documents to collect and she built my case. All my documents were submitted on time. To my surprise and joy, my i-140 was approved within 7 days and i485 was approved within 3 months. She is the person that not just formal to her job but cares about you as a client. I remember, In the middle of our application preparation I had to transfer to a different university and international department totally confused me with my H-1b transfer. At some point, they told me I had to reenter the country which would take months for me to come back. I decided to call Karen-Lee and consult with her. After listening, she gave me the advice that eventually eliminated those issues and let me stay in the country. It was beyond our green card dealings. Ms.Pollak as a lawyer is worth every penny. Her fees are pretty standard. I know there are firms that refund attorney's fee for denied applications. But I think they have a more automated approach to the application process and are not as involved in your particular situation with all the little details as Karen-Lee is. Don't be cheap on such serious issues as immigration, hire only the best lawyers. And she is the best one.
This review is from a person who hired this attorney.
Hired attorney

Ms. Pollak is one of the best attorneys for immigration. I was searching for the best lawyer in Avvo and after our initial conversation with her I knew she would be the best person to work for my wife's immigration case. Ms. Pollak has been always very positive and helpful. She assisted us in every possible way and was always there to assist us. She is very polite and patient and always gives the best advice and her assistant Ms. Lowrey was very helpful and always there for assistance. I would highly recommend Ms. Pollak as she goes above and beyond to make sure your situation is taken care of and that everything gets done accurately. Thanks to Ms. Pollak my wife is a proud permanent resident of the United States of America. We really appreciate for all her help and want thank to her for her part.
This review is from a person who hired this attorney.
Hired attorney

Hired Karen for Employment based green card.We approached Karen knowing she is one of the most respected and decorated attorney in immigration world.I am impressed with her excellent Avvo rating and reviews. Karen has been extremely helpful through out the green card process. She has always been patient enough to answer all our questions and always prompt in responding to our emails typically within an hour or so even at times when she was away from her office . Karen and her Team ( Secretary Melinda ) is highly Professional & updated her client regularly about each and every development in case. We received our green card in about 15 months. Thanks to Karen for making this happen so fast for us even today when there is a long wait time for applicants from India. Karen -Lee Pollak has excellent client satisfaction ratings and proven track record of success . I strongly recommend her to everyone for Immigration needs.
This review is from a person who hired this attorney.
Hired attorney

Working with Karen was an absolute pleasure, from the very first phone call Karen was precise, professional and honest in her opinions and advise. We have heard 'nightmare' stories how applications can go wrong and how important it is to select the correct immigration attorney. Without a doubt we found the best person for the task and would highly recommend Karen and her team. We were awarded our visas most timeously and without any complications. We thank Karen and her team for making this experience so seamless.
This review is from a person who hired this attorney.
Hired attorney

I worked with Bellunnally Law Firm to apply for a H1B work visa. They are professional and efficient throughout the whole process. Karen is a great communicator, which makes the application process much smoother than I expected. Thank you so much for your work!
This review is from a person who hired this attorney.
Hired attorney

I self-filed my NIW - EB2 with Attorney. Pollak. During the process, she and her team (Ms. Melinda Lowrey) were freindly and responsed promptly with passion. She responded immediately for a RFE we received related to substantial improvement of my documents, and her responsiveness and knowledge about US immigration law are potentially one of the reasons we (I and my wife) received the Green cards. She did an excellent works for my case with her passion. I strongly recommend her for your future immigration issues.
This review is from a person who hired this attorney.
Hired attorney
See all reviews

I endorse Ms. Pollak. I had numerous chances to review her responses to Avvo inquiries as a fellow immigration attorney. They were right on points and detailed. She is a highly recommended.

I endorse this lawyer. I have reviewed many of Attorney Pollak's responses to complicated legal matters. Her thoughtful and insightful answers demonstrate that she has the utmost knowledge of Immigration law and is a passionate advocate for her clients. She is a great asset to the immigration bar and I wholeheartedly endorse her.

Ms. Pollak is one of the most giving lawyers in Avvo history. Her record of providing help to people is beyond elite. It's rare that lawyers spend so much valuable time helping the community, for free. Kudos. I endorse this lawyer.

Ms. Pollak's reputation proceeds her in the legal community. She is an exemplar of excellence and determination for her clients. If I were in need of an attorney, I'd strongly consider this lawyer.

One of the accurate indications of professional competence is a selected area of practice. Attorney Karen-Lee Pollak concentrates exclusively on legal practice with the U.S. immigration law. For over 13 years this counsel amassed a considerably rich experience in delicate nuances of the current immigration law, thus offering a great blend of experience and professional growth. I may recommend attorney Karen-Lee Pollak without any reservations.

I endorse this lawyer without hesitation. I met Karen-Lee while we were both participating in pro bono clinics in Dallas for Dreamers. She is a highly experienced immigration attorney, as well as a caring and relentless advocate for her clients. I am honored to call her a mentor and a friend.

I endorse this lawyer. Knowledgeable, experienced and professional. I would highly recommend Ms. Pollak for any immigration matter.

I endorse this lawyer.Attorney Pollak is a knowledgeable lawyer who is generous with her time and expertise on Avvo. I recommend her for immigration cases.

I endorse this lawyer. I endorse this lawyer. This lawyer's contributions to this site are invaluable. I happily endorse this lawyer's work, ability and charity to those asking for advice. Further, I like to endorse good lawyers, because I find the AVVO rating system to be dishonest and corrupt. Frequently, disgruntled litigants on the opposing side (not your clients) will bash a lawyer on this site, pretending to be "your" client. When this situation is brought to the attention of AVVO, Avvo refuses to do anything to investigate and remove the false, slanderous "client" reviews. AVVO is a mean petty internet blog site trying to make money off of lawyers, and does not care if the public receives truthful information.

Attorney is a knowledgeable lawyer who is generous with her time and expertise. I recommend her.

Attorney Pollak possesses a detailed understanding of immigration law. Her responses are well-reasoned and insightful. Accordingly, I would not hesitate to recommend her to clients seeking representation in Texas. I endorse this lawyer.