Bankruptcy Certified by the American Board of Certification and AV-rated by Martindale-Hubbell.

A native of the Oklahoma City area, B. David Sisson has provided bankruptcy assistance to area individuals and businesses for more than two decades.  Mr. Sisson is certified as a specialist in consumer bankruptcy law by the American Board of Certification, and has attained Martindale Hubbell‘s “AV” peer rating, indicating preeminent legal ability and the highest standard of ethics.

Prior to beginning his career in the law, Mr. Sisson attended University of Central Oklahoma, where he earned his undergraduate degree, graduating summa cum laude in 1973.  He later attended the University of Oklahoma, where he graduated with a Juris Doctor in 1990.  While in law school, Mr. Sisson belonged to Phi Delta Phi, an international legal fraternity.   He is a member of several professional law organizations, including the National Association of Bankruptcy Trustees, the American Bar Association, the American Association for Justice, the American Bankruptcy Institute, the National Association of Consumer Bankruptcy Attorneys, and the National Association of Consumer Advocates.  Mr. Sisson is also a member of the Cleveland County Bar Association, and the bankruptcy and reorganization section of the Oklahoma Bar Association.  He is admitted to practice law in all state courts of Oklahoma; the U.S. District Court for the Northern, Western, and Eastern Districts of Oklahoma; the U.S. Tax Court; the U.S. Court of Appeals for the Tenth Circuit; and the United States Supreme Court. 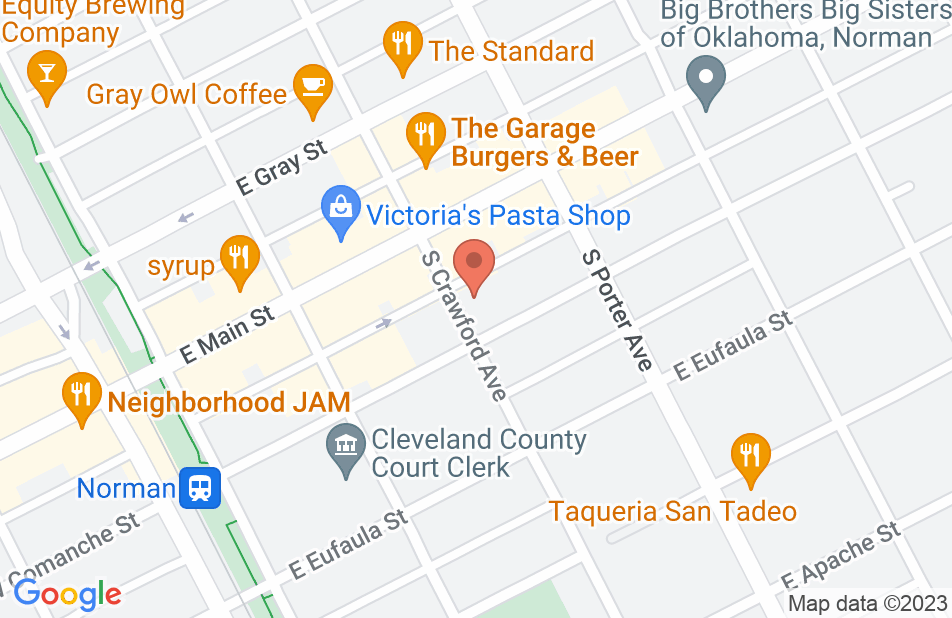 I recently went through the 341 meeting and was nervous like everyone else I meet with David and he answered my questions. I was early so I listened to several cases. Normally would not focus on listening but I noticed a few things that other cases with other lawyers that were not prepared at all and were missing documents and cases had to be continued. David and LeAnna and Megan had me prepared told me what to submit prior to the meeting and what to bring to the 34q meeting. I feel like David and Staff made me prepared for this meeting and I know feel very satisfied that I choose them for my bankruptcy.
This review is from a person who hired this attorney.
Hired attorney

David was very straight forward and very knowledgeable, I just wish his assistant communicated more through email and it wasn't so hard to reach her.
This review is from a person who hired this attorney.
Hired attorney
See all reviews

Elaine Dowling, Bankruptcy and debt Attorney on Jul 27, 2017
Relationship: Worked together on matter

I endorse this lawyer. David is probably the best trial lawyer practicing bankruptcy law in the Western District of Oklahoma, and he handles all cases well regardless of the degree of difficulty.

I endorse this lawyer. He is respected in the community and known to provide quality representation.