Larry  began his legal career working for the firm of Cypert, Crouch, Cark and Harwell in Springdale, Arkansas and thoroughly enjoyed his first four years in a general practice of law there.  However, because he and his wife have always made their home in Rogers, Arkansas, when he was offered a position with Matthews, Campbell & Rhoads in 1989, he gladly accepted. He and Ed McClure were law school friends. He became a partner with the Law Firm in 1994.

Larry is a certified mediator with the Arkansas Circuit Courts in civil, domestic relations and probate cases.  He became a certified mediator in 2006 and has successfully mediated hundreds of cases since then.  Whether he is involved in a case as an attorney or as a mediator, Larry attempts to use his dry sense of humor to defuse what can otherwise be a tense situation and uses his gifts of persuasion and conciliation to help people through what is one of the most difficult times of their life.

Larry is a skilled trial lawyer and will zealously represent your interests but will keep in mind that the person you are doing battle with is probably the mother or father of your children and hopefully you two will still be able to be at the same table at your kid’s wedding rehearsal dinner. 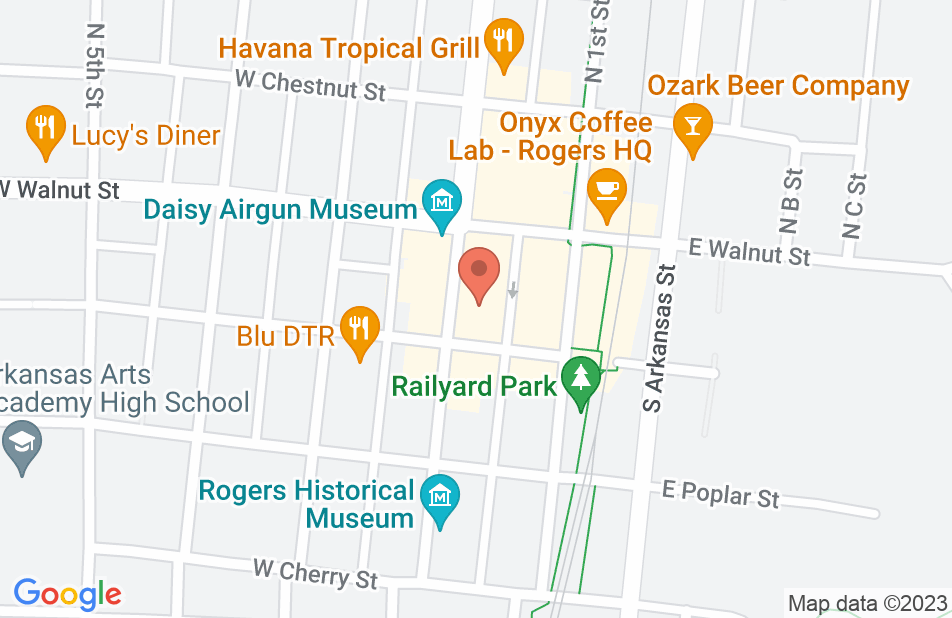 Such a great help at a difficult time.

Larry really helped us to accomplish our goal. He was very understanding of what our need and what we were trying to accomplish. He was very forthright with the knowledge in the area and made them easy to understand. Always ready and available for any questions or concerns and always followed up with calls or emails. Not only did he care about getting the right result, but he actually cared and was concerned for us personally. I would recommend him to anyone.
This review is from a person who hired this attorney.
Hired attorney
Larry Thompson's response: Thanks

Larry was a great help through his candid, humorous, straight talking approach to educating me on my case not just handling it. He explained the process so I could make informed decisions. He is timely in returning messages and truly exemplifies a client focused relationship. I would highly recommend Larry to anyone looking for an attorney who will not just handle your case, but who will take the time to listen and understand your situation.
This review is from a person who hired this attorney.
Hired attorney
Larry Thompson's response: Thanks

Larry has been diligent, straight forward and an overall a pleasure to work with. Knowing my case will be ongoing I have some comfort in knowing he is in my corner.
This review is from a person who hired this attorney.
Hired attorney

Larry Thompson helped us with a Medical power of attorney for our son during a difficult time in his life. He offered us great wisdom and advised us in what was the best solution to a difficult situation that had come up in our son's life. He was very compassionate and understanding with our son and dealt with him very personally. Larry showed great expertise and his experience in family matters is vast. I would go to him for any of my legal needs that might come up in the future. [info withheld]
This review is from a person who hired this attorney.
Hired attorney

Larry Thompson helped get me thru a divorce settlement that has been going on for 6 years. Working with him was a pleasure! After hiring him, it only took about 2 months to get this mess cleared up once and for all. It was like being released from a nightmare and being able to get on with my life. I would highly recommend him to any and everyone. You would love his personality as well as his details covering each matter. Thank you again Larry for giving me back my life.
This review is from a person who hired this attorney.
Hired attorney
Larry Thompson's response: You are welcome :)

Larry Thompson is an excellent attorney. His down to earth manner of communication coupled with his expertise makes for the perfect combination. He is well known in the community as one of the top lawyers. I knew I could trust him to handle every detail of my case as quickly and accurately as possible. He is someone I have personally referred two friends to and will continue to refer to him.
This review is from a person who hired this attorney.
Hired attorney

Jordan Snoderly, Divorce and separation Attorney on Oct 19, 2017
Relationship: Worked together on matter

As a new attorney, Larry is my go to person when it comes to any questions regarding family law. I would recommend Larry based on the experience and success he has in this field.

Larry is one of the most knowledgeable family lawyers in the area. He is very personable and caring, and gives his clients honest and helpful advice. He is a tremendous attorney and overall a great person! I endorse this lawyer.

Larry is a fantastic attorney and mediator. He is absolutely someone I would recommend to others for any domestic relations matter. He cares about his clients and is easy to work with. I endorse this lawyer.

Larry is an excellent divorce attorney, and equally an excellent mediator. He is thoroughly knowledgeable of the law, and is a strong advocate for his clients. He has handled numerous mediations for me as well, and is always professional and skilled in helping the parties to resolve their conflicts. I endorse Larry for both an attorney and mediator without hesitation, and hope to have many more opportunities to work with him in the future.

I have worked with Larry on a number of family law cases and I find that he is knowledgeable and easy to work with- even as he advocates strongly for his client's position. I endorse this lawyer.

I endorse this lawyer's work. Larry is a fair-minded attorney who remains a tough advocate while understanding any weaknesses his case may have. He works in the details to pull out every possible fact that could alter the outcome of a case. I highly recommend this great attorney.