I have spent 38 years representing injured individuals in Northeast Arkansas. I take pride in taking care of my clients and personally returning all phone calls within 24 hours. 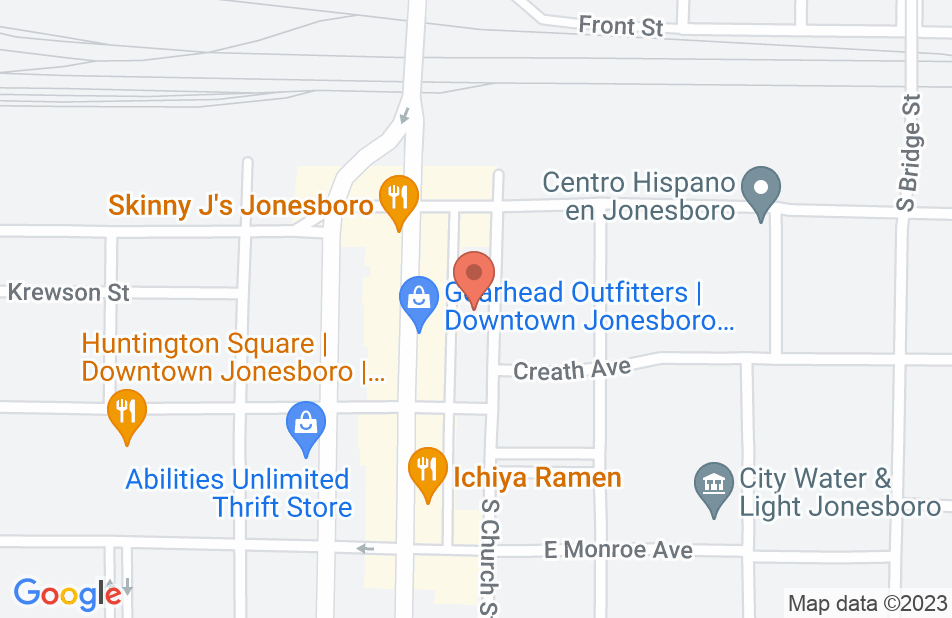 I have had the privileged of having Phillip Wells as an attorney. I felt he was very honest and professional. He has done an outstanding job. The staff was always friendly and willing to answer any of my questions. I would highly recommend him for legal representation.
This review is from a person who hired this attorney.
Hired attorney

I was in a car accident and hired Phillip. He kept me updated once or twice a month. As soon as I was released from doctors, he had my case settled very quickly, maybe a month. My settlement was a lot more than I expected! I am a very satisfied client and if I need services again, I will definitely go with Mr. Phillip Wells
This review is from a person who hired this attorney.
Hired attorney

Absolutely wonderful attorneys! I came to Mr. Wells because of a car accident I was in, in 2014. The insurance agent completely stopped contacting me, and my medical bills from the accident were going into collections. During our first meeting, Mr. Wells was very straight forward and honest with me about my case. I knew I could trust him and his team. Mr. Wells did a spectacular job in representing me and made sure I was not taken advantage of by the other insurance agency. He was also always very prompt in keeping me updated on my case and what our next step(s) would be. Though I hope I never have the need to visit an attorney again, if I do, I will absolutely return to Wells & Wells. I also highly recommend them to anybody that is needing an attorney.
This review is from a person who hired this attorney.
Hired attorney

After hiring him for a car accident, we thought he was still with McDaniel and Wells as his card stated. He was not. He also did not contact me for months,and when I finally called him he said he had not received necessary documents from me. I sent him the proof that I had faxed these documents and said I would send them again. After paying 22 dollars to send all this again, he "remembers" that he did in fact already have them. After waiting well over a year he says insurance is ready to settle. They did and he took 50% of everything left over after his "fees", that according to the Ins. Company was nothing more than forwarding those documents to them. I also had to sign a ridiculous document stating that I was extremely happy and satisfied with his representation of my case. I wasn't , but I couldn't get the check unless I signed this document.I was also not given a copy of this letter. He never completed my case and I am finishing it myself. I would refuse to sign another "happy and satisfied" documents that no other attorney I have ever known has had me sign. I question the need for such a document as I wonder if its needed for personal legal reasons or a sort of psychological reason. I just did not want to sign it. I would like to add that I do know that his son was not in any way was involved in my case. The younger Mr Wells is a very nice and considerate man who appears to have a true desire to take personal steps to care for his clients legal needs. The elder Mr Wells does not give me that impression at all and I doubt I would have hired him had I known that he was leaving the McDaniel firm. He should have made this known as he left a week or so later. This is just opinion, but I felt that his interest was no more than financial and other that that he seemed to have no interest in the devastation that a car accident can have on a family, especially with small children involved.
This review is from a person who hired this attorney.
Hired attorney
Phillip Wells' response: I did not get the name of this person and since I have been in the firm Wells and Wells with my son I don't recall the facts of this case. I insure that all of my clients receive the best possible result in auto accident cases. I acknowledge that these are stressful claims and I do try to communicate the status of the insurance process. Since my fee was 50% this is because I reduced my standard 33 1/3 % fee from the gross insurance payment to 50% above the reimbursed medical bills which would have given a larger net recovery to my client If this person sees my response please feel free to call to go over any issues you may have

Phillip is a remarkably talented lawyer, and as fine a man as you would ever want to meet. I unequivocally endorse Phillip Wells.

Phillip is one of the best attorneys in town. He has a new downtown office with his son. They are positioned to be one of the best firms in Northeast Arkansas for years to come.