We will be your voice!

Jay Scholtens is a partner of Scholtens & Averitt, PLC in Jonesboro, Arkansas, where he practices primarily in the areas of Social Security Disability and domestic relations. His areas of practice also include personal injury, criminal law, product liability, and class action litigation. Mr. Scholtens is licensed to practice law in all Arkansas state courts, the U.S. District Court for the Eastern and Western Districts of Arkansas, U.S. Court of Appeals for the 8th Circuit and the Supreme Court of the United States of America. He has been lead or associate counsel on numerous cases wherein his clients were awarded in excess of one million dollars. Mr. Scholtens has handled over 1,800 Social Security claims and has recovered over $13,200,000 in back pay benefits for claimants. Mr. Scholtens is rated as an AV® Preeminent lawyer by LexisNexis Martindale-Hubbell. He is a member of the Craighead County and Arkansas Bar Associations. He is also a member of the American Trial Lawyers Association and has met the standard of excellence for selection as a “top 100 Trial Lawyer” in Arkansas. He is also a life member of the Million Dollar Advocates Forum. Mr. Scholtens earned his B.A. degree from Hendrix College in 1993 and earned his J.D. degree from Mississippi College School of Law in 1997. 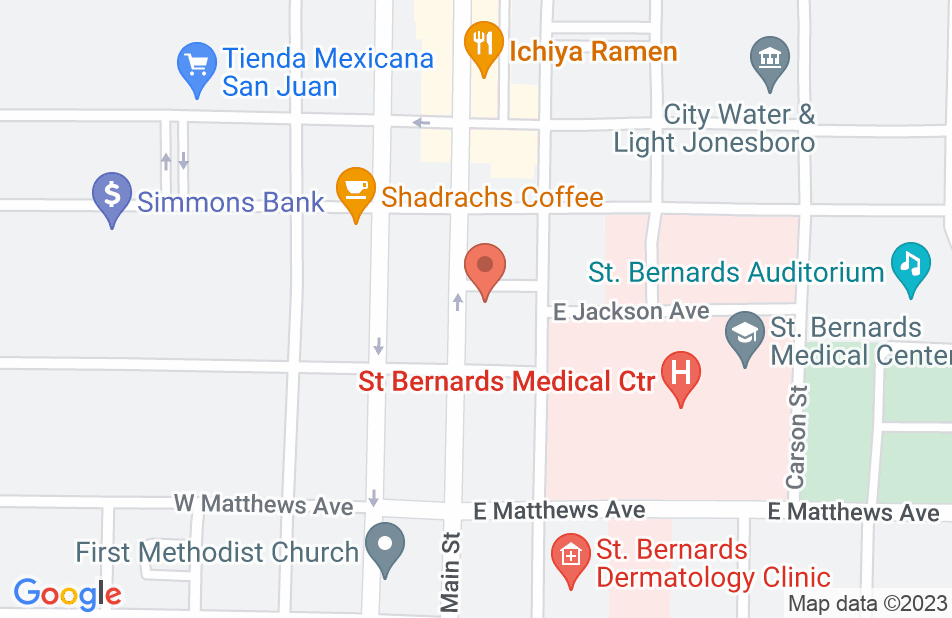 Wonderful man and attorney. Fought for me when I needed it most. Won my case, couldn't have asked for a more dedicated attorney.
This review is from a person who hired this attorney.
Hired attorney

I was very please with the service that was provided to me by Jay and his team. My case was handled with care and the process was very smooth. I was updated during every phase of my case. The professionalism exhibited by the Scholtens Law Firm exceeded my expectations.

I was so pleased with the representation I received from Mr. Scholtens a decade ago that I sought his legal counsel again recently for my son. My son and I met with Mr. Scholtens twice prior to going to court. As soon as my son's second meeting began, it was clear Mr. Scholtens had done a great deal of research and ground work on his behalf. He had really gone above and beyond. He shared with us best and worst case scenarios. He was very clear that despite all his work, my son was most likely facing some very scary consequences that would be almost impossible to escape. To make a long story short, we trusted Mr. Scholtens at every turn. In the end, my son got a better outome than any we had dreamed possible!! After seeing our lawyer in action, my son and I knew we had made the right choice!!! it was obvious that my son's favorable result was due to Mr. Scholtens wisdom and experience as he navigated this case. As a parent, I also appreciated Mr. Scholtens wise counsel to my son before AND after court. I believe that my son learned more than a legal lesson through his interaction with Mr. Scholtens. He was more than just a lawyer to my son. I believe his compassion, clarity, and fatherly advice made a lasting impression on my son. My son is a better young man because of his brief yet impactful relationship with Jay Scholtens. STRONGLY RECOMMEND!!!

Jay is a consummate professional in every regard, and respected by his peers as a formidable opponent.

Jay is not only an outstanding lawyer, he is a fine man as well. I reccommend his services without hesitation on cases involving social security benefits, divorce and custody, and criminal defense.

Jay Scholtens is a great lawyer and serves as a thorough and aggressive advocate for his clients. I do not hesitate to recommend to anyone looking for an attorney.

I highly recommend Jay to anyone requiring representation in divorce, social security disability, and general litigation. I routinely refer clients to Jay, and have never received negative feedback from any of them. He is insightful, diligent, and skilled. I give him the highest endorsement possible.

I endorse this lawyer. Jay is very intelligent and knows the ins and outs of social security. If I ever have a question regarding social security disability, he is the first attorney I contact.

Jay is extremely knowledgeable and a great attorney. He truly cares about his clients and is a great advocate. I have the utmost respect for Jay both personally and professionally.

Jay is a great lawyer and a great man. I have known him professionally and personally, I can say without a doubt that if you have any legal issues regarding social security, criminal, domestic, or personal injury, you will be taken care of and satisfied. Great lawyer.

Mr. Scholtens is an excellent attorney. He is well respected in our legal community and handles each case with the utmost professionalism. I put my trust in Mr. Scholtens when referring cases to him as I know his clients will be well taken care of.