YOU CAN COUNT ON ME! I help people solve their financial and mortgage problems every day.

Lyndsey D. Dilks grew up in Gillett, Arkansas, and attended GillettHigh School until she was accepted into the charter class of the Arkansas School of Math and Science. She earned a degree in Transportation/Logistics from the University of Arkansas in 1998. Ms. Dilks lived in Memphis, Tennessee for several years working in the transportation industry before returning home to Arkansas to attend the University of Arkansas at Little Rock, William H. Bowen School of Law, where she earned her Juris Doctorate in 2006.

She began to hone her bankruptcy skills while in law school, and was nominated to represent the 8th Circuit for the American College of Bankruptcy, Distinguished Student Award.

Upon obtaining her law license, The Honorable Audrey R. Evans, United States Bankruptcy Court, invited Ms. Dilks to work as a Professional Law Clerk for the United States Bankruptcy Courts of the Eastern and Western Districts of Arkansas.  After working for Judge Evans through several complex bankruptcy cases, Ms. Dilks entered the private practice of law in 2007 when she joined a consumer bankruptcy firm and began representing more than a thousand bankruptcy clients across Arkansas.

While maintaining an extremely active practice, Ms. Dilks is also very involved in her legal community, holding several offices within various legal organizations.  Ms. Dilks spearheaded the creation of the Bankruptcy Division of ATLA, which is Arkansas’ first Debtors’-Attorneys-only bar organization. Between planning CLE programs and speaking to various organizations about bankruptcy, Ms. Dilks finds the greatest pleasure in knowing that she has helped her client overcome their financial difficulties and obtain the “fresh start” that bankruptcy relief provides.  Let Lyndsey D. Dilks an experienced attorney at DILKS LAW FIRM be your voice when dealing with your creditors. 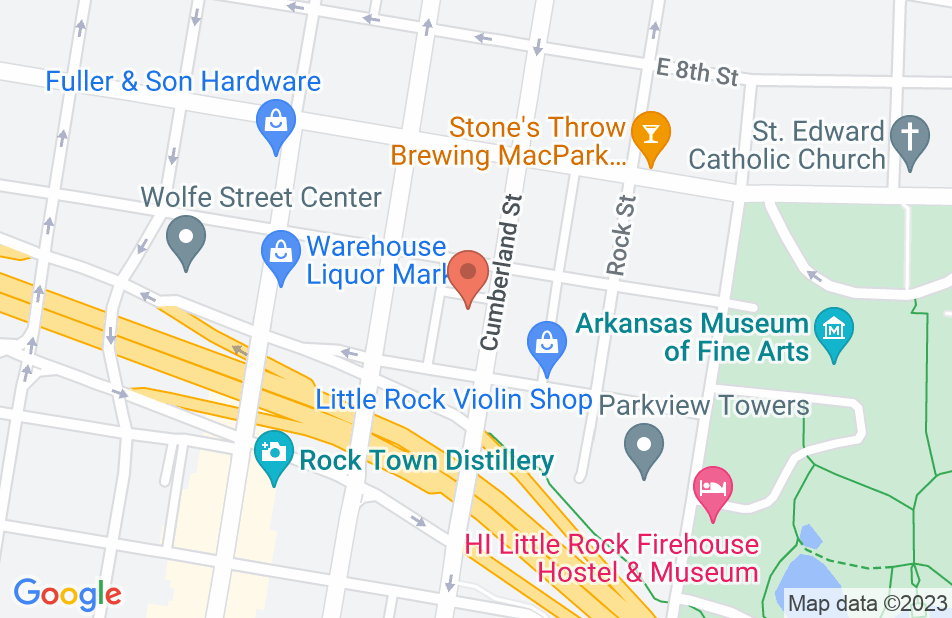 As a frequent presenter at continuing legal education programs I have had occasion to work with Ms Dilks on numerous occasions in the planning and preparation of law conferences. At every turn I have found her to be extremely knowledgeable, well prepared and easy to work with. She has substantial practice experience which she brings to her approach to teaching. She is respected by the bench and bar, and her integrity is of the highest order. I would not hesitate to hire Ms Dilks as my own personal attorney should the need arise, and I recommend her without reservation.
See all reviews

I endorse Lyndsey without reservation. She is a talented lawyer that sticks up for her clients. She also knows the law. She is well respected in the legal community. Lyndsey worked for me before she graduated from law school, and I always appreciated her work ethic and attention to detail.

Lyndsey is an excellent bankruptcy lawyer who is extremely knowledgeable and well prepared to handle any debt related issue. My law firm has referred many of our personal injury clients to Lyndsey for consultation. I endorse this lawyer.

I highly recommend Lyndsey! She is very dedicated to her work. I know her both professionally and personally and I can say without a doubt she is excellent attorney. She truly cares about each and every one of her clients.

I endorse this lawyer. Lyndsey is a brilliant attorney. She is an experienced attorney who truly cares about her clients. I refer my domestic relations clients with potential bankruptcy issues to Lyndsey because I trust her judgment.

Lyndsey is an excellent bankruptcy attorney. I have known her for years and have had an opportunity to work together with her on legal matters. I have also had the opportunity to work opposite her on legal matters. Lyndsey knows the law and provides outstanding representation to her clients. She has a reputation in the legal community for being a first-rate bankruptcy attorney. I highly recommend Lyndsey Dilks.

Lyndsey is a great lawyer and I would recommend her to anyone that is facing Bankruptcy or Foreclosure issues.

I endorse this lawyer. I have known Lyndsey since she became a bankruptcy lawyer. She has excellent trial skills and full comprehension of the Federal Bankruptcy Code. I have observed her in numerous trial settings and she is always fully prepared, ready to battle and defends her client's zealously. She has earned my full respect as a bankruptcy practitioner.

John Flynn, Bankruptcy and debt Attorney on May 1, 2012
Relationship: Fellow lawyer in community

I endorse this lawyer. From what I have seen over the past several years that I have known her, Lyndsey is a highly dedicated, competent and creative bankruptcy attorney who does an excellent job for her clients.