Louis J. Cosenza is a skilled litigator with experience in diverse areas including tort law, medical malpractice, lawyer disciplinary proceedings, and criminal defense and prosecution in state and federal courts and military Courts Martial. In his 38 years as a lawyer, Mr. Cosenza has also represented clients in a wide variety of civil disputes, notably in the areas of contract and property law.

A native of New Orleans who has spent over 20 years practicing law in a large town, Louis also lived and practiced law for 10 years in rural west Louisiana. This life experience has given him a valuable perspective regarding the needs of citizens in the greater Baton Rouge area. After moving to Ascension Parish following hurricane Katrina, Louis established a new law firm, limiting his practice to the handling of divorce and family law matters primarily in Ascension and East Baton Rouge parishes. Louis is married with four children. 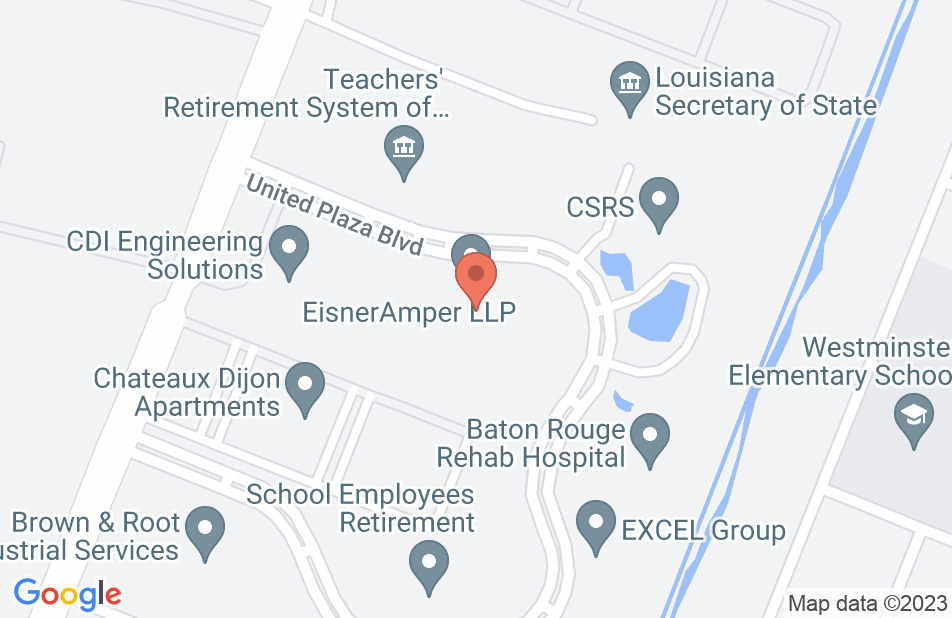 All expectations met and exceeded

Louis was very thorough and kept me informed throughout the entire process. Everything went exactly as planned!
This review is from a person who hired this attorney.
Hired attorney

Genuine and Honest lawyer for divorce

I hired Mr. Cosenza after reading other online reviews (which were majority great reviews). However, after my experience with Mr. Cosenza, I was very pleased with my choice. He was very open and honest from the initial meeting and maintained a very informative position to help me better understand the divorce process and what moves were coming next. He has stayed readily available for me to reach out when I needed or had questions. I would highly recommend Mr. Cosenze if you want a lawyer to represent you that you can feel comfortable with and trust.
This review is from a person who hired this attorney.
Hired attorney

Excellent attorney. Helped me with a complex child support case. I would recommend.
This review is from a person who hired this attorney.
Hired attorney

I have had a very positive experience with Mr. Cosenza. He is very professional, responds promptly to questions and inquiries, and his very knowledgeable. He made me feel comfortable with outcomes and took time to explain what things are in my best interest. I would highly recommend Mr. Cosenza as an attorney.
This review is from a person who hired this attorney.
Hired attorney

Louis helped resolve a very difficult post divorce/custody/child support litigation case for me. He is extremely knowledgeable and always took the time to answer any questions or concerns I had. I always knew that he had my children’s best interest, as well as mine, at the forefront. Having that trust in him, knowing he was taking care of everything, was a tremedous relief during that difficult time. I highly recommend him!
This review is from a person who hired this attorney.
Hired attorney

Great Down to Earth Lawyer

Louis Cosenza was very helpful to me in my custody case - He respected my opinions while sharing with me his insight and experience to improve my situation. His communication was excellent, always prompt to return calls. His genuine desire to help and his patience and ability to help me understand how things work in the court system were my favorite parts of working with him.
This review is from a person who hired this attorney.
Hired attorney

My child custody/ child support case was handed with military precision . Mr. Louis is a very well respected individual in his line of work . He is also excessively knowledgeable on all legal Proceedings involving family court. He will fight for his clients to the best of his abilities , just as he has personally done for me. He Is highly recommended individual . Without him winning my case I probably would not be able to see my son as often as I get to .
This review is from a person who hired this attorney.
Hired attorney

He handled my divorce for a flat rate with no hassles and I was out of state e working the whole time. Thank you sir.
This review is from a person who hired this attorney.
Hired attorney

I had no idea how to even look for an attorney when I found myself needing one. Mr. Cosenza is the best attorney I have encountered, and I took a lot of time finding one. He is brilliant in matters of the law. He approached my case from every angle. I am so thankful he was my attorney. I started out knowing absolutely nothing about court related matters. He answered even my smallest questions and guided me through to understand what was best for me and my children. He was excellent in communication with quick replies. He will have all of my recommendations.
This review is from a person who hired this attorney.
Hired attorney

Louis is an amazing lawyer and went to great lengths to get me the Sole Custody I deserved! I would definitely recommend him!
This review is from a person who hired this attorney.
Hired attorney
See all reviews

I have known Louis for approximately 10 years and highly endorse him for all family law related issues. Louis is very skilled, a strong advocate and always prepared. If you are looking for a family law attorney in the Greater Baton Rouge area, Louis should be your first call!

Louis represents the essence of a reliable, trustworthy attorney. He brings his laptop everywhere he goes, always taking notes and seems very intent on keeping the client advised of what’s going on. He tells the truth, whether or not it helps his client’s case. He is very knowledgeable about most parts of his field of practice, but will readily admit what parts he is not an expert in and then brings in a consultant or additional help to make sure that his client gets the very best representation. That is what I trustworthy doctor would do to provide exceptional medical care and that is how Louis treats his clients. It has been a pleasure both working with Louis as co-counsel and often as opposing counsel.

I was, an am, impressed with Mr. Cosenza's diligence and zealousness when representing his client. If he were my attorney, I would know my position would be thoroughly presented. In the are of family law, often the client case is not thoroughly vetted or competently handled. This weakness does NOT apply to Louis Cosenza!

I endorse this lawyer. Louis' knowledge of the law and dedication to his clients make him an excellent choice to represent you in Family matters.

I endorse this lawyer. I have worked with him as co-counsel on several cases. He is a hard working and dedicated attorney. He knows the law and keeps up with it!

I endorse this lawyer.because I have known Mr. Cosenza for many years. He is highly intelligent, professional, seasoned, intuitive, empathetic, and aggressive in representing his clients.......He is fair and honest in dealing with his clients, and is known by the members of the bar as being highly ethical and honest with the other attorneys and with the Judges.

Mr. Cosenza is an excellent divorce and family law attorney. His experience in the areas of child custody and support, as well as spousal support and community property make him a great choice for your family law needs.

Abid Hussain, Divorce and separation Attorney on Dec 3, 2014
Relationship: Worked together on matter

Mr. Cosenza is a dynamic, engaging, highly effective, and caring lawyer in the field of family law. I have no hesitation in recommending him to any client seeking counsel and representation in divorce, child custody, adoptions, or any other family law matter.