Angela is a divorce and family law attorney.  She is certified in Collaborative Divorce. Angela is also an estate planning lawyer to protect her client's future and finances.

From the time she was in second grade, Angela Lennon from Rapid City, South Dakota knew she wanted to be a lawyer. She just knew.

Angela’s Midwestern roots brought her back to Nebraska and to Creighton University School of law where she received the prestigious CALI Excellence for the Future awards for her outstanding performance in many areas, including arbitration and legal writing. Knowing she wanted to be a litigator, Angela began her courtroom experience while still in law school.  She graduated from Creighton University School of Law with honors.

Today Angela’s daily advocacy for our clients is grounded in those values she was raised on ----hard work and excellence. Angela enjoys the reputation of having a bright mind coupled with focused energy to produce outstanding results for those she serves.

Angela is a member of the Nebraska Academy of Collaborative Professionals and is a certified collaborative divorce attorney.

Excellence, hard work, and dedication make Angela a perfect partner for powerful advocacy for our clients.  Lucky for us, she “just knew.” 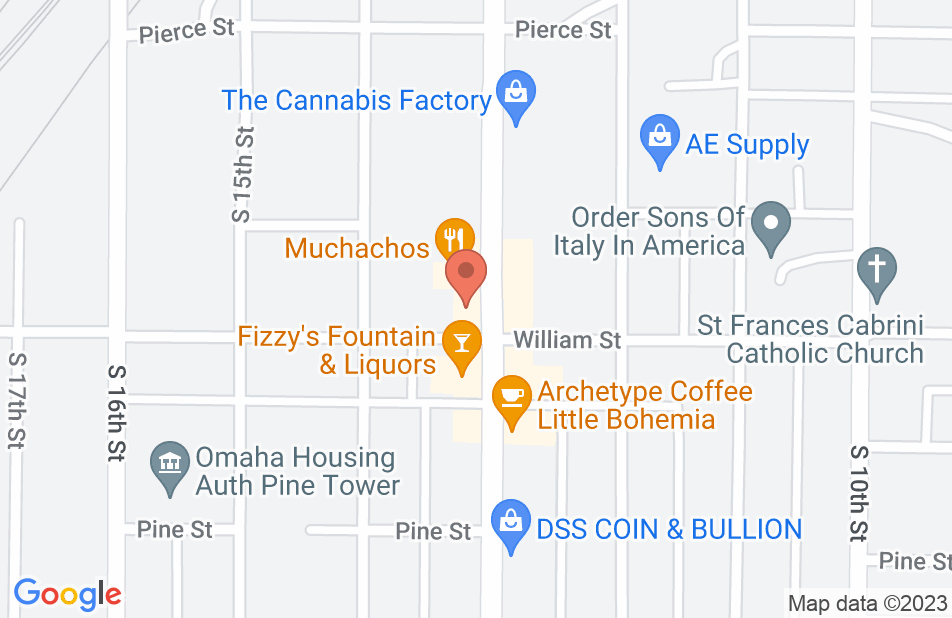 Angela is a great listener and very thorough.

I highly recommend Angela because she was very thorough, detail oriented, conscientious and a good listener. She was very helpful during a difficult time.
This review is from a person who hired this attorney.
Hired attorney

Not only did Angela help me navigate the ins and outs of the divorce process, and have the expertise with some of the more complex aspects of my divorce, but I truly felt like she was on my side when things were difficult. Whenever I had a question about the actual process or even when things got emotionally rough, she was there—even after my divorce was final she has helped me with issues that have come up. I would highly recommend Angela to anyone considering or going through divorce.
This review is from a person who hired this attorney.
Hired attorney
See all reviews

I have worked with Angela in the legal community for several years. She is incredibly talented and a strong advocate for her clients. I would recommend clients to Angela for a variety of legal issues, ranging from divorce, custody, and adoptions.

Angela is an incredible family law attorney who is dedicated to supporting her clients through the legal process. Angela specializations in multiple areas of family law, but one of her biggest accomplishments is her work in collaborative divorce. Angela sees the value in spouses resolving their divorce with mutual respect, integrity and transparency. Angela is one of the best advocates you could have when it comes to family law.

Angela is extremely knowledgeable in the tasks and matters she undertakes. She is a great communicator, with the ability to explain complex legal issues in a simple and understandable way.

I have seen firsthand the tenacity and dedication Angela brings to her clients and to the Omaha legal community. I will continually refer anyone with a family law issue to Angela because I know they'll be in good hands.

I have now worked with Mrs. Lennon in multiple family law cases, and she is at the top of my list for referrals to clients seeking professional, caring, expert legal advice and representation in their domestic relations case. Angela brings a very unique blend of expert professionalism and common sense to all of the cases in which I have had the pleasure of working with her on, including a current collaborative divorce case involving complex property issues. Angela's brand of legal representation sets aside all the distractions and pettiness that too often can derail attorneys in their cases when dealing with opposing counsel, and instead focuses on both parties' common interests and goals while also advocating zealously for her client's legal position. I highly endorse Angela to anyone seeking professional, prompt, caring advice during one of the most difficult times that a person can find themselves in -- a domestic relations dispute.

I have known Angela to be a highly competent and committed family law attorney, particularly in regards to collaborative divorces. Not only is she passionate about providing excellent representation to her clients, she is also a dedicated member of the legal community. She is always willing to go the extra mile to not only develop her own professional skills and competencies, but to also contribute to the growth of the expertise of family law practitioners within the legal community at large. If you are facing the prospect of divorce, Angela is an exceptional choice as your divorce attorney.

Angela is a talented and dedicated attorney. She truly cares about her clients and is committed to providing the best representation that she can. I have and will continue to refer people to Angela for any divorce, custody, and other family law issues.

I have known Angela for several years and she has a great reputation in the Omaha legal community. I have witnessed firsthand her attention to detail through her volunteer work and leadership with the Omaha Bar Association. If you are looking for a sharp and highly competent attorney for any complex family law matter, I would recommend Angela. She will definitely provide personalized and excellent legal representation.

I have had the pleasure of working with Angela on a number of projects throughout the past few years. She's always extremely prepared and knowledgeable and very pleasant to work with. Angela's attention to detail, communication skills and work ethic make her a strong advocate in the areas of complex divorce and more general family law issues.

Angela is a focused attorney and a leader in the legal community. When my clients need a family law attorney I confidently recommend Angela Lennon as I trust she will provide honest, thorough assistance.

I have worked with Angela over the course of several years. I have referred my clients to Angela and her firm in the areas of domestic litigation and will continue to do so. Angela maintains an excellent reputation in the legal community for her dedicated, professional and effective representation. While I do not practice in the area of domestic law, I know not all divorces are the same. Angela is unique in that she has the expertise to handle a wide range of complex divorce and domestic litigation cases, particularly matters involving Railroad/Union Pacific benefits/assets.

I highly recommend Angela Lennon to all of my clients who are in need of a family or estate planning attorney. Angela is extremely smart, hardworking, and easily accessible to her clients. She has her client's best interests at the forefront of her decision making process, and has the respect of attorneys and judges within the Omaha community.