I have been a licensed Missouri Attorney since 2009. I grew up in Northern Arkansas. I am the oldest of four children. My entire family still resides in Arkansas. My younger brother Jason is a disabled US Army Veteran, who served in the Army 82nd Airborne in the Iraq War. He lives in Northern Arkansas. My sister, Elizabeth, is a mother of four children and resides in Conway Arkansas with her family. It may be surprising, but I also have a younger brother that is only 20 years old; Josh, builds custom boats in Mountain Home, Arkansas. My mother, Susan resides in Ash Flat Arkansas with her husband, Bryan, and their two dogs. My grandparents, Lester and Wilma, live across the Street from my mom. When I was a kid, my Grandparents owned and operated one of the largest Restaurants in that part of Northern Arkansas until they sold it to retire.

I lived in Arkansas until early 2000’s, when I moved to St. Louis with my daughter, Faith, to attend Washington University. I obtained a degree in History at Washington University and then my Law Degree from St. Louis University. During my college years, I raised my daughter as a single parent. I was fortunate enough to meet wonderful friends during my time in St. Louis, which helped me tremendously in managing the stresses of college life and being a single mom. In addition, to the friend support system, I was lucky to have had the benefit of aid such as food stamps and housing assistance to get me through the tough times.

I graduated law school in 2008. I was working at a small law firm in St. Louis, Missouri when I graduated law school. During my time with this firm I worked on Criminal, Civil, Traffic, and some family law matters. I remained working for the firm until I was offered a position as an Assistant Prosecuting Attorney for Phelps County, Missouri (Rolla, MO) in the Fall of 2009. I decided to leave the St. Louis firm to obtain “real courtroom/trial experience” as a prosecutor. I remained with the Phelps County Prosecutor’s office until the end of December 2011. At this time, I moved to the St. Charles area to teach at a local college, and was immediately offered a job with a busy Bankruptcy Law Firm in downtown St. Louis. I remained with that law firm for three and half years. During this time, I represented 1,000s of Chapter 13 and Chapter 7 Bankruptcy Clients in both Missouri and Illinois. In September of 2013, I decided to take all of my legal experience and practice law “my way.”

I decided to try and operate as a lawyer in a way that would fix all of the problems I have seen with other lawyers. I want to offer as much real help as I can. Currently my primary practice is Bankruptcy, this is not because I do not know how to practice other law, but because this is the area of law that I feel can most immediately affect a person’s life in a positive way. I want to take a hands-on approach with all my cases.  I want to know about your life and your family. I want to know how to make your life better. I cannot fix everything, but I can give you a straight forward honest answer when asked.

I did not become an attorney because I wanted to get rich. I grew up in a simple Arkansas family. My family has never been well off, in fact we were not even middle class. I learned the value of hard work and sacrifice. I know what it feels like to ask for help. It was not so long ago that I was going to the grocery store and using an EBT card. I had to visit the Department of Family Services and get help with medical bills and rent. I know what it is like to hope that the next person you see can make your day just little bit better. It is my personal struggles that make me a good attorney. I will never forget that people are what matter. I have been given an opportunity to help make your life better, even if Bankruptcy is not what you need. I can help you on almost any issue, and if I cannot do it, I will refer you to someone who can! Please let me use my personal experiences to give you a better tomorrow. 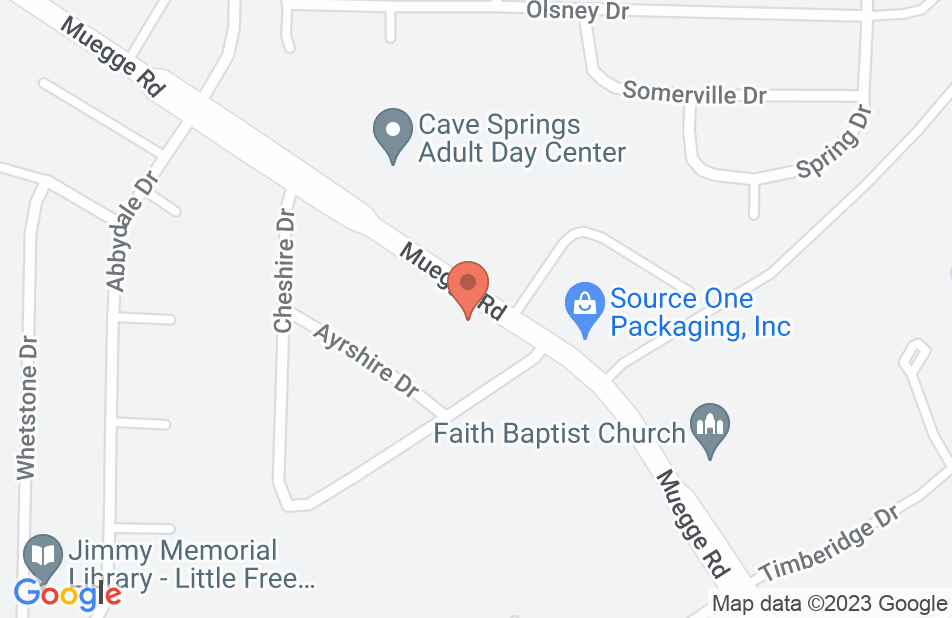 We live outside the St. Louis area so Corrine came to our house and filled us in on what information we needed to gather in order to file. She answered our questions and made suggestions on how to find some of the information. Corrine would reply to questions quickly. She really was just an email away. I also appreciated her knowledge base of the bankruptcy process. I am so thankful that we were given her name.

Appreicate all that has been done on my case and being up front honest. Very informational and reliable to get the job done and done right.

Corrine made me feel very comfortable, and at ease , explained everything in detail. She never left me hanging waiting for an answer no matter time or day I emailed r sent a text, She always got back

Ms. Edwards was a great attorney and I highly recommend her. She is very knowledgeable and really knows what she is doing. My case went very smoothly and her prices are very reasonable as well. Thanks again!

Corrine is a great attorney. When she started her own firm, I fired the attorney I had and signed on with her. She is terrific. She responds in a timely fashion to all questions asked and keeps me informed and up to date on the progress of my case. You couldn't ask for a better attorney.

I used Corrine for a bankruptcy. She was very knowledgeable. There were a lot of things I didn't understand at first and she was very patient with me even when she had to explain them a second time. She was very respectful of my feelings and concerns. She made us aware of all of the procedures and helped make the process a lot less stressful than I thought it would be.