I am a criminal defense attorney.  That is all that I do.  I do not dabble in other areas of law.  I solely practice criminal defense.  Whether your case requires a jury trial, plea negotiations, or appellate advocacy, I have done all of these things effectively and continue to do them on a daily basis.

Criminal charges have serious consequences that can follow a person for life.  I strive to have a close connection with all of my clients to ensure that they feel comfortable and are always fully informed about their case.  I encourage my clients to ask questions and to call me if they are unsure about anything.  When my clients call me, unless I am in Court, I actually answer the phone. If I am in Court or with a client, I return the call promptly.   This includes calls at night or on weekends.  If you are my client, you will have my cell phone number.  You will not continuously reach my voicemail or a secretary.

The choices that my clients and I make about their cases are important and I insist that my clients are active participants in their defense.   I strive to provide them with candid and well informed advice that comes from working in this field for the past twelve years.

I am licensed to practice in Missouri and Illinois.  Although the bulk of my practice is in and around the St. Louis area I routinely travel to other jurisdictions in each state. Regardless of your specific issue, whether it be a municipal, state or federal charge, please feel free to contact me for a free consultation.  I am more than willing to answer your questions and provide you with my professional opinion. 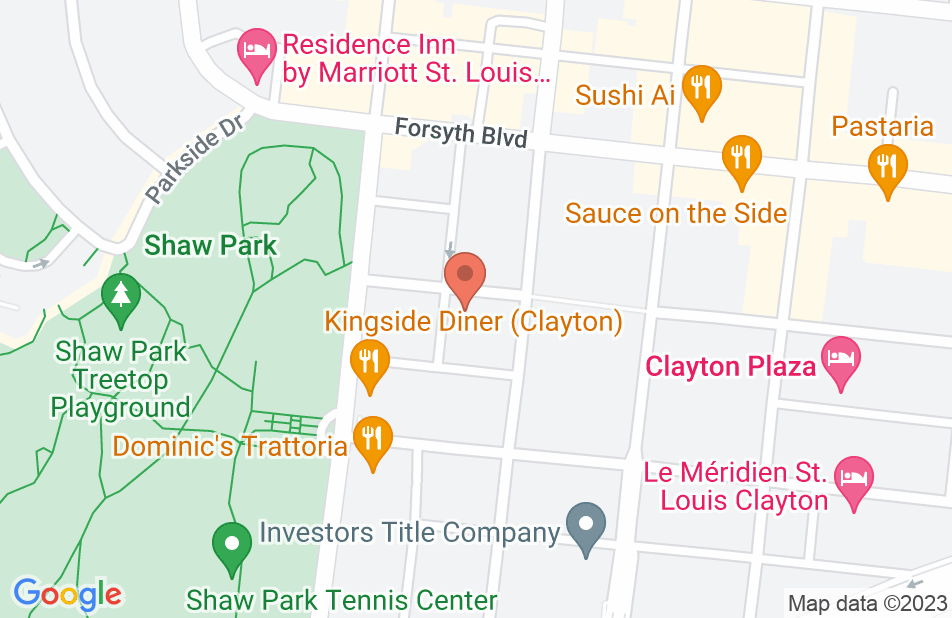 Anthony represented me for multiple different criminal cases I was facing from a couple of years ago before I got sober and found recovery. He handled everything in a timely manner, was always very easy to get a hold of, charged me a more than fair price and resolved everything for me perfectly. Thanks to Anthony, I am enjoying my freedom & able to raise my children and become a productive member of society. I would absolutely without a shadow of a doubt recommend him to anyone facing criminal charges or legal issues. He's a stand up guy, very trustworthy & honest.
This review is from a person who hired this attorney.
Hired attorney

I aquired Anthonys service for multiple moving violations as im an idiot who likes to do more than the speed limit. He worked out very favourable resolutions for all of them but one, which theres nothing that could/can be done about(my fault not his, the judge and prosecutor wouldnt budge). I would use Anthony again and unfortunately i probably will have to retain him in the future. A very nice guy, i appreciate everything hes done for me.
This review is from a person who hired this attorney.
Hired attorney

I was very impressed the moment my husband and met with Anthony for our son who was in a mess of trouble! My son was facing life in prison and Anthony was able to get him 12 yrs. My son will still have a life when he gets out as well! Anthony was able to quickly review his case in a short time, and after meeting him was able to come up with several positive aspects about our son in such a bad position. He answered all questions we had and was always up to date with communication. He even told us to call after the case was over if we had any problems. I recommend anthony muhlenkamp to any one in need of a lawyer! Very respectful and reasonable with prices! Thank you Anthony!
This review is from a person who hired this attorney.
Hired attorney

I had an Illinois ticket and, as a Missouri resident, I wasn't sure what to do. Luckily, I found Tony through a friend and he did an absolutely amazing job with my case. He was incredibly thorough and professional, as well as very kind to me throughout the entire process. I really appreciated his help. Thanks Tony!
This review is from a person who hired this attorney.
Hired attorney

Absolutely professional in every way.

Fifteen years ago, I was accused of an unspeakable crime at the tail end of a domestic spousal argument lasting several weeks. At the time, I was investigated and questioned, and charges never filed. The police (at the time) saw the writing on the wall... "I didn't do it." Thirteen years after the initial investigation, and after moving on with my life, charges were suddenly filed from that old case. I discovered that a warrant was issued for my arrest, and with the help of Tony (Anthony Muhlenkamp), I learned what I was facing (a minimum of 10 years in prison for something that I didn't do). He helped reduce my bond so I could continue my daily life and work routine, navigated through the legal aspects of my situation, and (most importantly) kept me informed of all aspects of the case over the next twenty months while preparing for trial. Due to the uniqueness of the case, and the accusations, it took a day and a half to actually choose the jury. The actual trial took less time. Regardless, the jury saw the writing on the wall, too. It only took an hour for the jurors to come to a unanimous "Not guilty" verdict. Looking back at the last twenty months, I'm very impressed with how Tony handled my case. From the initial conversation in his office, he was evaluating the details and working on the best way to defend me. He kept me focused, and pushed aside all of my speculations and guesswork about motive. We didn't have to prove the why of the accusations; Just that I didn't do it. His preparation before trial was extremely thorough, covering every possible aspect. During the trial, he seemed to know what the prosecutor was going to say, or do, before it even happened. His objections and total domination over the prosecutor during the trial were extremely impressive. Our preparation for my defense on the stand was thorough and well planned, as well. I didn't realize, until on the stand, that we needed to work together. I was not in this alone, which is what I really felt like in the beginning. Upon that realization, I took a big risk in bringing up an aspect of the case that was not really what we prepared for. But, I felt it was an important aspect, considering the age and dynamics of the case, and went with it. The judge asked the jury to strike that comment from the record, but the deeper dynamics of the case were in the open now. After the initial frustration/shock of my candidness, Tony and I worked together during the rest of my time on the stand, and it went very well. I don't recommend doing/saying something unplanned, but I'd say it was a grand slam in this situation. Bottom line, Tony knows what he's doing, and there is no other person I would have wanted to defend me.

Anthony has helped with a few minor cases in the past few years. He is always prompt, easily available and trustworthy. He quoted me a fair rate upfront and then delivered on expectations he set. He would recommend Anthony to anyone who needs legal assistance.

Tony has helped myself, family, and close friends in our time of need. His combination of interpersonal skills and fierce advocacy, along with a strong, respected reputation with the area judges and prosecutors, allows him to obtain the best possible results for his clients. I would strongly recommend you hire Tony.

Tony is very responsive and ALWAYS kept me in the loop about my pending case. He never promised any outcome, but I believe he worked extremely hard on my behalf, and I would recommend him and his firm to anybody with hesitation. Great guy.

I hired Anthony Muhlenkamp in January 2011 for a misdemeanor offense. i highly recommend Mr Muhlenkamp for any criminal defense need. He is extremely knowledgeable and has provided sound legal advice for both my family as well as others that I have referred to his office.

The great thing about Mr. Muhlenkamp was that he addressed my needs in my case. Not only was he direct and transparent about what my case could lead to, he asked me what I was concerned about most. This really put me at ease and allowed me to be comfortable to sit back and let the professional do his job.
See all reviews

Attorney Muhlenkamp's advice is spot on; as shown by the answers he has posted to questions on criminal law, he takes the time to answer questions in a common sense manner and plainly addresses legal issues.

Tony is a highly skilled, hard working attorney who consistently achieves great results for his clients. I always see him in the courthouse working against prosecutors to get the very best deal for his clients. Anyone who needs assistance on a criminal case would do well by calling him.

I highly endorse Mr. Muhlenkamp. Truly exceptional and caring attorney who produces great results in representing clients! I want all people with legal problems to contact him first.

Howard Hoyt, DUI and DWI Attorney on May 9, 2015
Relationship: Fellow lawyer in community

Smart guy. If you have criminal problems in the St. Louis area, " better call Anthony"

Aaron Fields, Social security Attorney on May 5, 2015
Relationship: Other

I endorse this lawyer. He contributes actively to the Avvo community.

When your in trouble with the law you need the best criminal lawyer as the State has unlimited resources to prosecute you. Finding a lawyer is easy. Finding a Superb Lawyer like Anthony is nearly impossible. Anthony will get you the result that you need. I endorse Anthony J. Muhlenkamp 100%

This lawyer is highly knowledgeable. I recommend him, without any reservation. .

David Dastrup, Bankruptcy and debt Attorney on Mar 24, 2015
Relationship: Other

I endorse this lawyer. Mr. Muhlenkamp takes extra time to explain legal issues to clients to help them resolve their cases.

12 years of practicing 100% criminal defense is what we refer to as experienced. His knowledge of both the law and procedure is excellent and evident in his pro bono contributions here. Perhaps the greatest judge of an attorneys worth are their clients reviews and they are stellar. READ THEM! Endorsements from his peers are also outstanding. Do yourself a favor and schedule a consultation ASAP. If you are lucky he might just agree to represent you.

I endorse this lawyer. He is a knowledgable Attorney and a zealous advocate in court for his clients.

Tony is an experienced, highly respected attorney who always represents his clients with the utmost of skill,knowledge and understanding.i can readily endorse him without hesitation or reservation.

Tony is a good lawyer and a good person. I have found Tony to be uniquely insightful in all areas of criminal law and that he is a client centered advocate. Tony understands how to help his clients and goes the extra mile to make sure that all aspects of his client's needs are met. I would recommend you contact Tony if you need assistance in on a matter involving criminal defense in the state of Missouri.

I endorse this lawyer. Anthony Muhlenkamp is an extremely knowledgeable attorney, and a zealous advocate on behalf of his clients. He is well respected in the legal field.

Any criminal defendant would be lucky to have Tony defending them. Great attorney, well versed in criminal law, knows the courts, and gets results.