Ashleigh Raso practices personal injury law with a concentration on medical device product liability. She understands that every struggle affects each person and family differently and that the result of their conflict can have a profound effect on their lives. She approaches each case with the weight and thoughtfulness that it deserves and is dedicated to working hard and fighting for her clients who were injured by the carelessness of others.

Ashleigh was born in Rome, New York, and raised in LaCrosse, Wisconsin, where at the age of eight she knew she wanted to be lawyer. Ashleigh's childhood dreams stuck with her through high school and took her first to Winona State University where she earned a B.A. and B.S. in Political Science and Public Administration in 2008. Before law school Ashleigh worked for a U.S. Congressman learning the interactions of the federal and state government. Then in 2009 she attended William Mitchell College of law where she earned her J.D.

Ashleigh joined Meshbesher & Spence in July, 2010, as a law clerk and subsequently passed the Minnesota State Bar in 2012 and began working as an attorney. Ashleigh also became licensed in U.S. District Court (MN) in July of 2013 so she could expand her work in the field and even better serve her clients.

During law school, Ashleigh volunteered with the Minnesota Justice Foundation, particularly in Street Law, where she worked closely with underprivileged and at-risk youth to help them understand their legal rights and obligations, as well as the basic rights and responsibilities of citizenship in a democratic society. She also was co-chair of Out!law at William Mitchell.

When not in the office, Ashleigh can be found with her friends, on the volleyball court or with her dog Baileigh, who she rescued in 2010. 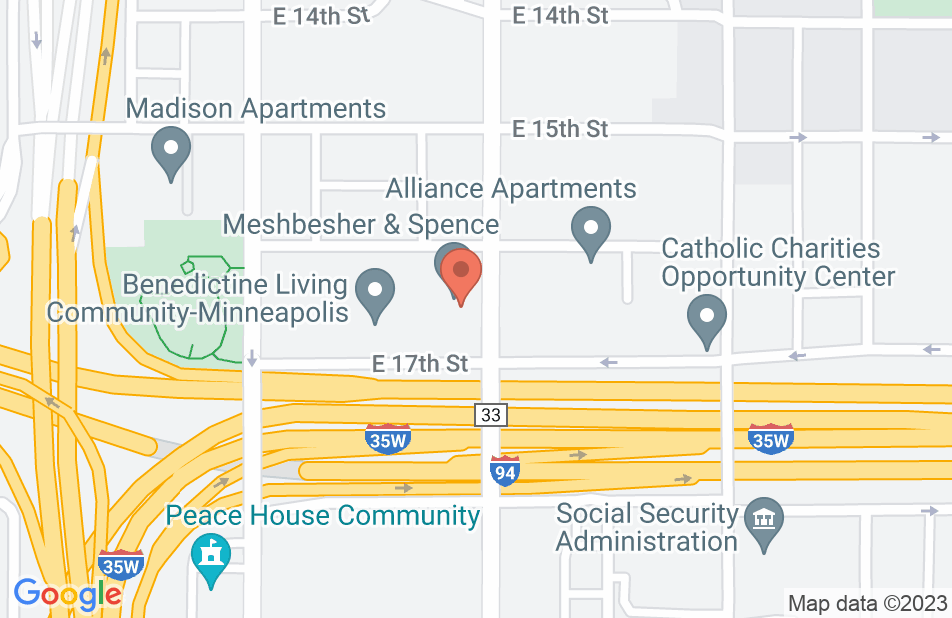 Not yet reviewed
Review Ashleigh Raso

Ashleigh is one of the most dedicated and enthusiastic lawyers I know. She practices with putting her clients' interests first. She is a skilled advocate and excels in the courtroom.

I endorse this lawyer. She is a fantastic mass tort lawyer and a highly respected firm. Ashleigh gets results. Highly recommended.

I met Ashleigh Raso through our involvement with the American Association for Justice. To date, I put Ashleigh in my top 5 Passionate attorneys who have that "zest" for advocating strongly on behalf of their clients. She is an asset to the Plaintiff's bar.

Ashleigh is a highly skilled attorney that is well respected in the legal community. She provides a wealth of knowledge, experience and compassion for her clients. I would not hesitate to hire Ashleigh as my attorney and I highly recommend her.

Ms. Raso is a tireless litigant whose compassion for her clients is only outweighed by the results she produces for them. I would highly recommend Ms. Raso to any injured plaintiff seeking the representation and compassion they deserve.

Ashleigh Raso is a great lawyer. I'd recommend calling Ms. Raso right away if you have a question about that area of the law.

I endorse Ashleigh Rasso for her work as a Mass Torts lawyer. I highly recommend Ashleigh Rasso to anyone that has been injured due to a defective medical device or drug.

Ashleigh Raso is a passionate advocate for each of the clients she serves. Ashleigh is not only a feirce advocate, but she is a caring and wonderful person who places her client's interests first. I have seen first hand how Ashleigh's optimism and creative problem solving quickly knock out road blocks and advance the ball in tough situations. I highly recommend Ashleigh Raso for those who need a strong advocate on their side.

Ashleigh has quickly distinguished herself as a talented and capable lawyer for any case, whether simple or very complex. I would recommend her to a friend or family member in a heartbeat.

I am not only impressed by Ashleigh's knowledge and skill, but also by the ferocity with which she represents her clients. I highly recommend her!

Ashleigh is a passionate, bright, hard working attorney. You are in great hands if she is your advocate. I highly recommend her.

Ashleigh is fearless when it comes to taking on powerful corporations and big insurance companies. She knows her stuff and will fight to end to ensure the little guy gets justice. I endorse Ashleigh and her firm without reservation.

I endorse this lawyer. Ms. Raso is one of the most brilliant legal minds, and fantastic people, that I have ever had the pleasure to know. I enthusiastically recommend and endorse her as a tremendous attorney and wonderful human being.