Christopher T. Van Wagner is a top-rated criminal defense attorney in Wisconsin with over 30 years of legal experience. With regard to sex crimes as well as vehicular homicide cases, Mr. Van Wagner has an impressive record of achieving positive results for his clients. Mr. Van Wagner has devoted the past 20 years of his practice to defending people charged with serious crimes such as sexual assault. Sexual assault cases are particularly difficult, given the nature of these types of crimes and the automatically negative public reaction to them. However, even if it means taking a sexual assault case to a jury trial, Mr. Van Wagner will ensure that justice is served for his clients.

Mr. Van Wagner brings a wealth of life experiences to his criminal law practice. As one of 11 children, Mr. Van Wagner was raised in a middle-class Irish Catholic family in New Jersey. He remains an avid New York Yankees fan. He attended St. Lawrence University where he earned honors in English Literature. Following his graduation from college, Mr. Van Wagner pursued an Ivy League law degree at Cornell Law School, where he was editor of the presigious Cornell Law Review. Following Cornell Law School (1981), Mr. Van Wagner obtained a coveted slot as clerk for a federal trial judge (Hon. Dick Debevoise, in Trenton, NJ). Following this clerkship, Mr. Van Wagner worked as a state prosecutor for the mean streets of Trenton, NJ, then was a Brooks Bros business litigator for the Fortune 500 clients of a world-renowned Chicago firm, Mayer Brown (on LaSalle Street). Chris later served as a federal prosecutor in Madison, Wisconsin.

In 1994, Mr. Van Wagner went into private practice where to this day he focuses on defending people accused of or convicted of serious crimes like sexual assault, vehicular homicide and the like. By demanding that a jury hear the case, Mr. Van Wagner has achieved many dismissals at the courthouse steps for clients in sex cases. He has gotten many “eve of trial” dismissals precisely because he has tried and won many so jury acquittals in his criminal defense career for clients who were falsely and wrongly accused of sex crimes, and other serious offenses. Not only does he command respect from prosecutors, Mr. Van Wagner also holds an “AV” rating with Martindale Hubbell, the highest peer rating available. He has been recognized numerous times as a Super Lawyer, an honor that applies only to the top 5% of attorneys in the State of Wisconsin. Additionally, Mr. Van Wagner has been a legal analyst and commentator on national shows such as Court TV, the Dan Abrams Report on MSNBC, the Today show, Good Morning America, ABC News as well as local shows such as ABC Madison's Channel 27 and Madison Channel 3000. 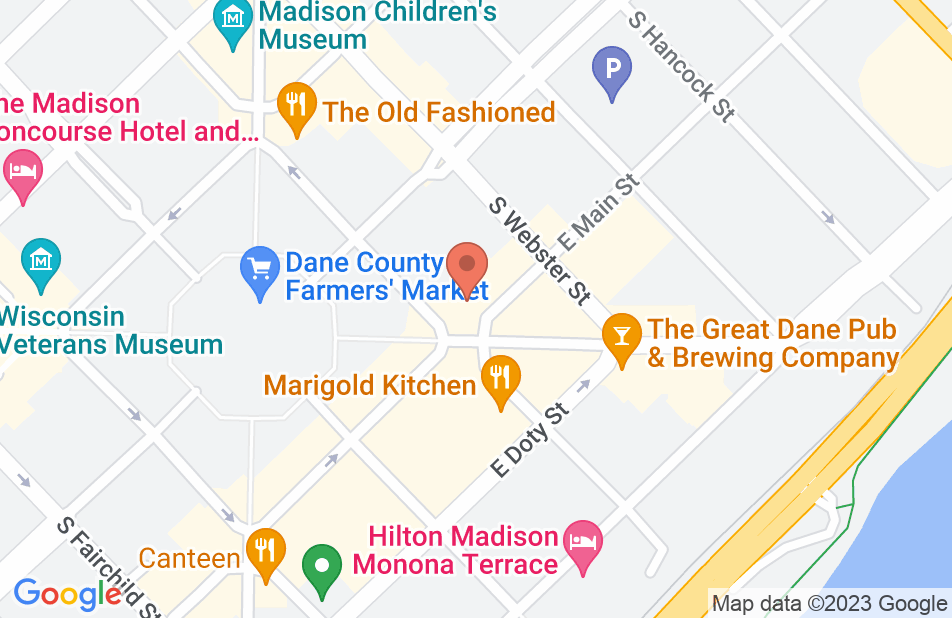 Chris took the time to speak with us, after calling many others that would not give us the time of day. We needed guidance on a letter that needed to be submitted within 10 days. Not only did he help us with the letter, but pointed us in the right direction for the next steps as well. Refreshing to see in todays society. Thank you Chris! We will definitely be recommending him to others.
This review is from a potential client who consulted with this attorney.
Consulted attorney

Saved my possible future career as a Pharmacist

Just got off the phone with Chris. I had a battery citation and Chris gave me free useful and honest advice because hiring a lawyer would have been more expensive then paying for the citation. He told me his price but gave me life changing advice on what I should do and what to expect and how my decisions now will affect my chances of becoming a pharmacist. After the phone call, I called the prosecutor and made a deal over the phone to amend my battery to a disorderly conduct if I complete one year hold open and provide proof of completing a alcohol assessment class. Moving forward, if I know anyone in trouble with DUI, sexual assault, or any case needing a attorney, I would recommend Chris.
This review is from a potential client who consulted with this attorney.
Consulted attorney

Over the last couple years, my family has needed a criminal defense attorney more than I’d care to admit. Fortunately, a friend told us about Chris Van Wagner. Thank god for that friend. For me, college educated, a successful career and the mother of four, I never thought that at 41, I would find myself in the back of a squad car refusing a breathalyzer after just a few cocktails. Well, that is where i ended up. I was completely unprepared and had no clue how bad an idea it was to refuse a breath test. But, the moment I retained Chris, I was able to relax and retain my driver's license. I just let Chris work his "magic" behind the scenes. His retainer fee, though expensive, was well worth it!! I didn’t pay for a bunch of shuffling papers, needless phone calls, or effort that was pointless. That sort of lawyer "stuff" doesn’t get charges reduced or dropped. What I did pay for was magic, at least in my view. Chris somehow turned my OWI and my unwise decision to refuse a breath test into “Operation w/o Headlights On” & another similar moving violation, instead of an automatic, long license suspension and the embarrassing requirement of an alcohol interlock device (IID) in my car. Yes, I paid fines and yes I lost some points; BUT with Chris, I was able to avoid the OWI and, as a result, keep my job and my career. Heck, I would have paid triple those fines to avoid an OWI. But Chris managed to get it dropped. And this was even after he warned me ahead of time NOT to expect the OWI to be dismissed. Then, Chris warned me not to get any more tickets, not even speeding tickets. So what did I do? Yep. Just six months later I got stopped for speeding (37 in a 25), which could have also cost me my license. And again, Chris worked wonders. He got it reduced to zero points and no CCAP record!!! So, I once again have a clear license. Then my daughter’s fiancé got stopped for drunk driving. I called Chris right away. He did a FREE review of the case, and then said it would be a waste of money to hire him on the case. When have you EVER heard of an attorney so honest he refused to take your money, calling it a waste? Wow. Finally, just this year, my young adult son was charged with “Sexual Assault of a Child” - right before he was supposed to leave for boot camp with the Marines! As I said, Chris isn’t cheap, but once again, he managed even more "magic" for my family. He somehow was able to get ALL charges dismissed without even an arrest or a court hearing. Instead, he quickly put together an amazing, creative proposal for the DA to drop the charges so long as my son followed a long list of restrictions AND served his entire enlistment AND get an honorable discharge four years from now. Chris literally saved my son's career, his freedom and his life. Chris did all of this even though none of us ever had to set foot in a courtroom. All he told us to do was be patient and follow his advice. We all benefited immensely from Chris's work on our cases. In fact, the things Chris Van Wagner did for my family more than paid back the fees we paid him - at least tenfold, when we look at the money saved on insurance premiums, IID costs, lost wages, lost jobs, and loss of a promising military career, not to mention my son not having to register as a sex offender for the rest of his life - and did I mention the incredible stress and worry Chris spared us all with his amazingly successful efforts? Let me just say this. If you don’t hire Chris Van Wagner, you're just dumb. He really is a "Super Lawyer".
This review is from a person who hired this attorney.
Hired attorney

Attorney Van Wagner represented me. The charge was sexual assault of a person under 18. Chris was great. I recommend him to anyone charged with a sex crime. He knows the law, the courts, how to handle the case, what to do, etc. He turned what could have been a ruin to my life into a good outcome.

Chris is the lawyer's lawyer. His ability to frame the issues so judges and juries understand his client's position is unparalelled. Chris is the very definition of a zealous advocate. I would not hesitate to recommend Chris to a friend or family member in need.

I was a municipal prosecutor and worked on many cases with Chris. He is an experienced and knowledgable attorney who works hard on behalf of his clients. Later, I referred a very difficult and complicated case to him and he achieved an excellent result. I recommend his services whole-heartedly.

Chris offered me some good advice about getting started as a new attorney. He is experienced in criminal law and very passionate about ethical representation and thorough preparation. "The will to win is worthless if you do not have the will to prepare."

Chris is the lawyer's lawyer. His ability to frame the issues so judges and juries understand his client's position is unparalelled. Chris is the very definition of a zealous advocate. I would not hesitate to recommend Chris to a friend or family member in need.

Chris is known as one of Wisconsin's top trial attorneys. I consider myself lucky to have worked with him for the past eight years. If I were ever charged with a criminal defense, I'd call him first.

Chris is a creative and brilliant lawyer who is an example for us all.

I was a municipal prosecutor and worked on many cases with Chris. He is an experienced and knowledgable attorney who works hard on behalf of his clients. Later, I referred a very difficult and complicated case to him and he achieved an excellent result. I recommend his services whole-heartedly.