When you're injured, depend on Luneckas Law, P.C. to protect you and your future.

With nearly 20 years of experience, Darin Luneckas practices primarily in the areas of Workers' Compensation and Personal Injury law. When he takes on a case, Darin believes communication is key to helping his clients get the best results possible. "I have a unique approach, I want to make sure my client knows what's going on every step of the way."
His past clients clearly appreciate his open demeanor. Darin and his staff care about their clients. They answer calls and emails in a timely manner. They take on challenging cases and assume the risks to build solid recovery for their clients.
Darin currently serves as President of the Linn County Bar Association (LCBA) and sits on the LCBA Board of Governors. He is the Iowa Association of Justice Governor for Iowa's Sixth Judicial District and is serving a six-year term on the Sixth District Judicial Nominating Commission. From 2013-2014 Darin was a member of Linn County's Judicial Magistrate Selection Committee and has been active in the LCBA for over a decade, serving as chair for several committees and projects. Darin has also served as an adjunct professor for Coe College, coaching thier mock trial team for three years.
In May of 1999, Darin earned his Juris Doctor degree and graduated with honors from the University of Iowa College of Law. Following graduation he passed the Iowa Bar Exam and became a general practitioner at a Cedar Rapids law firm. After nearly four years as an associate, Darin opened his own practice in March 2003.
Darin is licensed to practice law in the Iowa State Courts, the Federal Court for the Northern District of Iowa, and the United States Court of Appeals for the Eighth Circuit.
Darin grew up in West Branch, Iowa. After graduating from high school, he earned his B.A. in Political Science from Coe College in Cedar Rapids.
When he’s not working, Darin enjoys coaching his children's basketball teams, playing golf, and is an avid bowler. He and his wife, Jamie, have two children and live in Cedar Rapids. 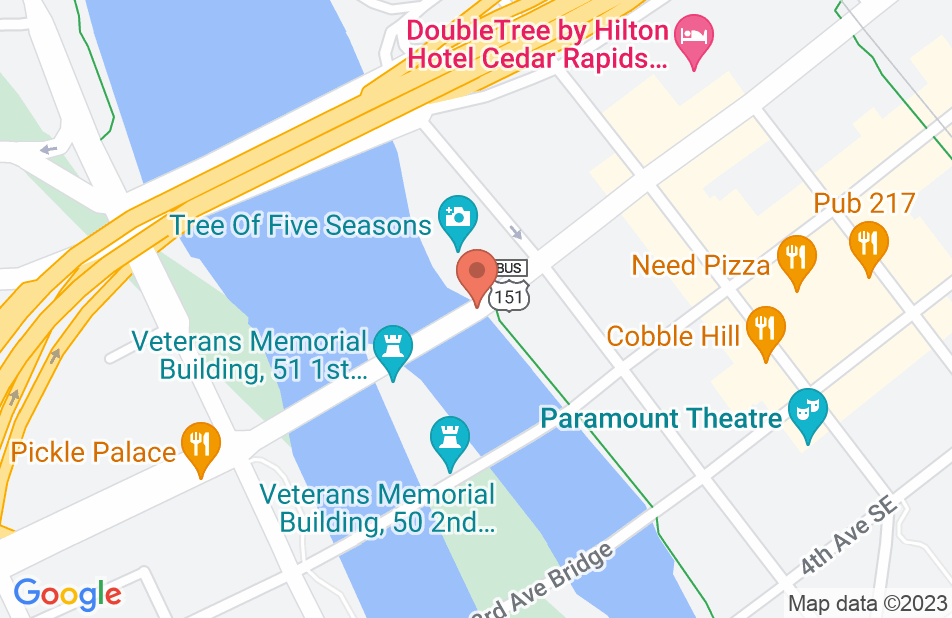 Mr. Luneckas's help has been invaluable to me.

Darin is helping me at this time, and has in the past (several years ago.) I tend to get fed up and over anxious with the process of dealing with unreasonable insurance companies, but Darin has managed to calm me down and show me the best ways to move forward. His extremely professional demeanor and straight-shooter style has given me the confidence I needed to pursue my case. I am very happy with his services and would recommend him highly.
This review is from a person who hired this attorney.
Hired attorney

I hired Darin to help with a legal problem, but he has has been so helpful and supportive to me in other ways. After my husband suddenly passed away he made several suggestions that helped with my settling of the estate, and recommended another attorney to help me with probate. I will always consider him a good friend.
This review is from a person who hired this attorney.
Hired attorney
See all reviews

Corey Walker, Workers compensation Attorney on May 23, 2017
Relationship: Worked together on matter

If you or a family member need an injury attorney in the Cedar Rapids area I can tell you from experience that Darin will fight for the rights of his clients. He will invest his time and money in you case to get the best possible outcome.

Darin is a sharp lawyer with an excellent reputation. I certainly endorse Darin.

I endorse Darin. He is a highly skilled attorney that is well respected in the legal community.

If you have a workers' compensation or personal injury claim, you cannot go wrong with Darin as your lawyer. Darin is widely regarded as one of the top up-and-coming young lawyers in eastern Iowa.