If you are facing federal or state criminal charges you deserve your best defense.

Choosing a lawyer is a big deal. Your liberty is in our hands. Whether you have been caught in a bad circumstance or made a series of bad decisions, I have seen it before and you don’t have to face it alone. I will put my experience of representing thousands of people in state and federal criminal court to work for you and I intend to get you the best possible result.

When I worked at the Federal Public Defender’s Office while in law school at the University of Iowa, I had the realization that no matter the crime, everyone deserves a skilled, intelligent advocate working tirelessly to give them their best defense. If I were charged with a crime I would expect that, so why shouldn’t you? I believe that every person deserves the best possible defense. You are probably nervous, worried, scared and likely angry. That is natural. You want someone to deal with the problem and help you get the best outcome. That’s where I come in.

After my summers in the Federal Defender Office in San Francisco and the Federal Defender Office in Des Moines, I became an Assistant Public Defender in Tampa, FL. For the last several years I have been in private practice. I’ve represented thousands of clients facing charges ranging from simple assault to complex federal drug conspiracies to sexual assault, burglary, robbery and beyond. I’ve taken many of those clients to jury and bench trials. I have also argued some of their cases before the Iowa Supreme Court and Iowa Court of Appeals. It is likely that I have handled a case not unlike yours.

WHAT TO EXPECT
When I represent you, you can expect me to: communicate, counsel and advocate.

Communication. Communication is the key to any good relationship. Yes, I am busy. It is my intention to return phone calls and emails as quickly as possible. I also make it a priority to explain issues in your case and break them down so you understand them. Let’s face it, the law isn’t simple or easy (that’s why I went to law school) and that is why I am here.

Counsel. They don’t call us counselors for nothing. I am a straight shooter. I’m going to give you the most well reasoned advice I can give, even if you dislike it. I often counsel clients about steps they can take while their case is pending–to better themselves and their case. My job is to counsel you to the best outcome, whatever that may be.

Advocate. My job is to dig into your case and make sure no stone is left unturned. No record left unsubpoenaed. No motion left unfiled. Getting great plea deals, winning motions to suppress and getting cases dismissed requires creativity, skill and ingenuity in the approach to your defense.  This becomes particularly important in trial or if I need to take your case before the Iowa Supreme Court.

PARTNERSHIP
I’m also privileged to practice law with Dean Stowers. Dean has a brilliant legal mind. We operate our office as a team. We strategize together, offer suggestions and advice and we both love to win.

Choosing a lawyer is a big deal. Your liberty is in our hands. It can be an overwhelming experience. While I cannot promise you what the outcome of your case will be, I can promise that I will put my experience and dedication to work for you.  I look forward to your call! 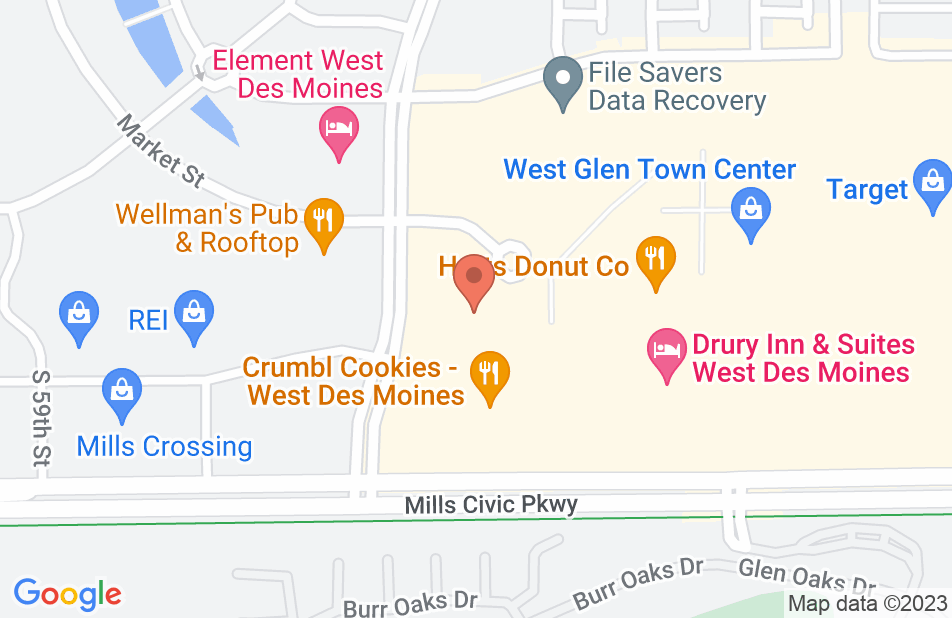 a great defense attorney for anyone

Nick is a very down to earth and understanding attorney that helped us immensely! Even though we had a small case, he made us a priority and never stood down. In meeting Nick, you could tell immediately that he enjoyed his job and was there to truly help people.
This review is from a person who hired this attorney.
Hired attorney

When I had the misfortune of being arrested on a suspected DUI, I was referred to Nick Sarcone by a colleague. His office responded quickly and put me at ease with their immediate grasp of the situation. He and his office guided me through all of the appropriate steps in preparation to make a defense, which greatly eased my anxiety and concerns over the process. When we presented our defense in court, his demeanor was balanced, and his arguments thorough and concise. An expert witness was hired, on his recommendation, whose testimony was absolutely critical for my defense. I was ultimately found not guilty by the jury. Being on trial is not a fun experience, one can expect to be wracked by anxiety and doubt. Mr. Sarcone was the guy I needed with me in the foxhole. While I don't plan to ever put myself in such a position again, I can whole heartedly recommend Mr. Sarcone as an outstanding defender to anyone who finds themself in need of one.
This review is from a person who hired this attorney.
Hired attorney

Mr. Sarcone was able to satisfy all of my legal questions with extreme professionalism. I would give Mr. Sarcone my highest recommendation.

I am proud to endorse Nick as an attorney. He is careful and thoughtful. he always does her best to help his clients. He is creative and always strives to improve his practice. If you are looking for a highly qualified, intelligent and compassionate attorney, then Nick Sarcone is the way to go! He will treat you with respect and courtesy. A true humanitarian and one of the most compassionate people I have ever met. There is true passion and concern that comes from him and it automatically puts you at ease regardless of the circumstance. I highly recommend Nick to anyone whose freedom is at stake because they have been accused of a crime.

Passionate, smart, and fearless advocate for his Clients. One of the best Attorneys I know.

I had a pleasure to work for Attorney Sarcone. I can attest that he is one of the most intelligent, experienced, and knowledgeable lawyer I know. Additionally, he is easy going and very friendly. If he takes your case, he will make you feel very comfortable. If you are in trouble with the law in Iowa no matter what your charge is you need to call Attorney Sarcone first. I highly recommend him.

Nicholas is a super cool guy, very intelligent, and willing to go above and beyond to assist his clients and even fellow lawyers in the community. I had some civil forfeiture questions, and was informed that Nick was the man in the State of Iowa, to give him a call. Well, Nick was very generous with his knowledge and helped me greatly. He clearly has a great command and knowledge of the legal issues, and the experience to back him up. You would do well to give him a call.

In my practice when I have had a question regarding criminal defense work Nick is the first call I make. Intelligent, knowledgable and zealous for his clients I wouldn't hesitate to send family, friends and clients to him.

Nic is a highly respected lawyer in our community and he has earned it by demonstrating his abilities on his client’s behalf. I can confidently endorse Nic to help any would be client, with a federal case.

Nick is a very knowledgeable and diligent defense attorney. He also has significant knowledge, experience and success in contesting forfeiture proceedings in Iowa. I endorse Nick Sarcone.

Nick is an excellent criminal defense attorney with a wealth of knowledge in drug interdiction cases. His knowledge of the law and preparation make him an invaluable asset to his clients.

I endorse this lawyer. Having experience as both a public defender and a private attorney, Nicholas has been exposed to all types of clients and cases, giving him a unique perspective on this practice area.

Nick is among a select few criminal defense attorneys in Iowa who not only know and understand the myriad issues surrounding drug interdiction traffic stops, but also leave no stone unturned in the pursuit of justice for their clients. I wouldn't hesitate to refer a friend or family member to him for representation.