James was born and raised in Michigan.  He is a 2004 Graduate of Wayne State University Law School.  ​While in law school I served as Editor-In-Chief of the Moot Court program. 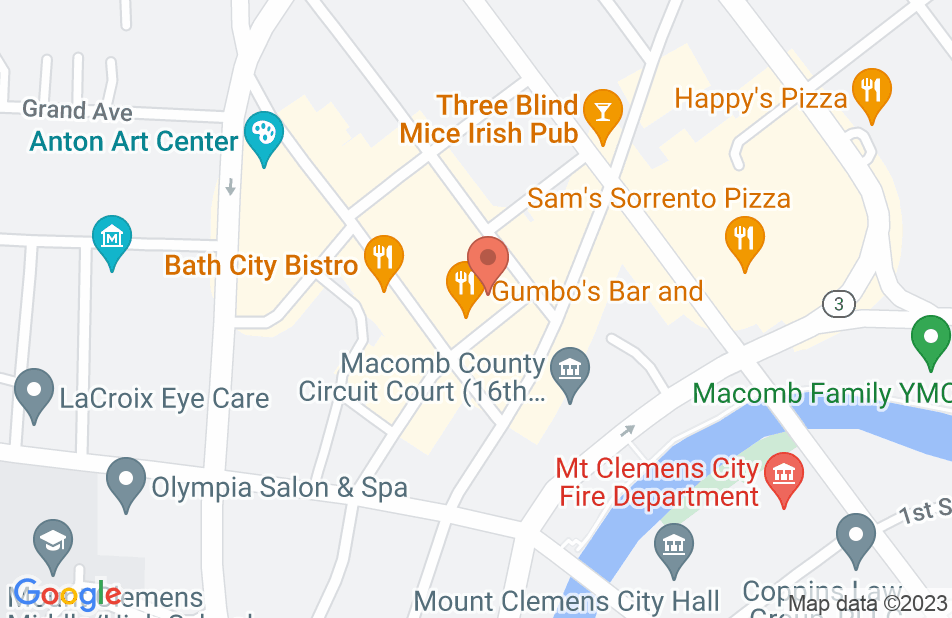 I am a single mother of a 20 plus year old son. We moved here from Ohio. My son unfortunately my got involved with the wrong crowd and got in trouble. I desperately needed an attorney and I found Mr. Czarnecki. He was so helpful and caring it was unbelievable! He answered every question, returned every phone call. I don't know what I would have done without him. He also helped my son by having some good heart to heart talks with him. What a terrific role model Mr. Czarnecki is. He really understood me and my son. On another note, I read the reviews for Mr. Czarnecki and one in particular is awful. It seems that only the people who didn't get their way or DID NOT PAY THEIR BILL are the ones who write such terrible things. It is apparent that the person who wrote that still has alot to learn. Mr. Czarnecki was more than kind and went over and above. Thank you Mr. Czarnecki. If anyone is looking for a terrific attorney he is the one. A grateful mother.

Would use him again.

I was referred to Czarnecki by a friend he used him before. I got into trouble and needed help fast. I was glad I met James. He worked with me on the payment of the legal fees and I never felt pressured. This attorney understood the hard time I was having. He gave me a payment plan. He worked out a deal in the case where my charges got reduced and would stay off of my record. When I was in trouble for no ride to court he told the judge he would go get me and he did!. WOW!! I was really nervous but made me feel confident that everything would be good. He talked to me like a person and not just some client. He always called me back and even today when I call with a question he always gets back to me. He is a very smart attorney who gets the job done and I am glad I was smart enough to hire hi,.

James had continued my criminal case when he left his other law firm. He continued to work my case without asking for any additional money. He worked on my case for a over a year and a half and got it DISMISSED. He filed motions, and went to court many times and said he would not give up until the right result was reached. He is a very good person, easy to talk to and not just interested in the legal fees. He saved my career. He alway kept me updated with everything that occurred and always called me back. He even would schedule late night or weekend appointments at any time that was easier for me. I am so happy I used him.

I had some legal issues with my business Liability they were answered to my comfort. I was very happy with the service I,

Mr. Czarnecki was amazing. He kept me informed, calm, and out of jail. If you want an attorney that will go to bat for you James E. Czarnecki II is the only choice!!!!

Mr. Czarnecki is a very good attorney!! I was nervous in the beginning but he quickly made me feel like I was his only client. He is very knowledgeable and kept me informed every step of the way. Mr. Czarnecki is very professional. He always took the time to explain/answer all of my questions. Overall Mr. Czarnecki is a terrific attorney.

James is a great lawyer. He was very dedicated to my son's case. He took the time to explain the case and the legal process to us because this was our first time in the courts. He returned all of our calls. Most importantly, he got us the results we wanted. A really nice person and great lawyer.

Very attentive and claims to be working your case with great expectations. Will then transition to a lets get it done attitude and work to get the case closed rather than work for a mutual resolution. Once he has worked the case through the system he becomes very hard to get a hold of. Once he has collected all of your money apparently his work is complete and does not require return phone calls.
James Czarnecki's response: We are sorry he felt this way. We had invested hundreds of hours in this case despite the fact that we did not get paid. Yet, we still kept working. We never stopped and were prepared to go to trial. We even had an intern work on the case to review thousands of pages of documents. I negotiated the case with the prosecutor and reached a plea agreement the client wanted to accept to avoid prison. My partner's relentless review of the documents saved this gentleman over $50,000 in restitution that the prosecutor incorrectly calculated. The client agreed to a plea deal where his felony was reduced once, and yet again when restitution had been paid in full. Not only that, since we reduced the amount of money embezzled, we saved him certain prison time. He never spent a day in jail. He will be able to expunge the offense and be record free. Yes, our office kept trying to get him to pay his bill. After hundreds of hours of work we believed that was fair. Any business can only do so much without getting paid for services especially when it amounted to hundreds of hours of work. Reader please note the following. There are three key statements missing from this review: (1) we kept fighting for him without pay because we had invested so much time and effort in the case. (2) despite his claims in the review he wanted me to keep working on his case and (3) he wanted to accept the plea because it was in his best interest. Again, we are sorry he felt this way. In the end, we reached a deal the client was very happy to accept. We are pleased that we adhered to our principle to reach the best outcome for all of our clients. In this case, we were able to reach an outcome he specifically wanted and asked for, that is, save this gentleman's career, avoid incarceration, save his future and tens of thousands of dollars. I achieved all of those goals. Even though we feel this review is inaccurate, incomplete and unfairly characterizes me and my office, we wish him and his family the best in the future.