Beth is an associate at the Burdge Law Office in Dayton, Ohio. She joined the firm in 2004 and concentrates her practice on consumer protection cases, including: lemon law and breach of warranty cases for cars, motorcycles, and RVs, autofraud, debt collection cases, and bankruptcy.

Beth has also spoken at the University of Toledo College of Law to students in the Consumer Law class regarding current issues in the spring of 2008 and again in 2009.

Beth is a member of the Dayton, Ohio, and Kentucky Bar Associations, the National Association of Consumer Advocates, and the Dayton Ballet Associate Board. She is currently the vice-chair of the Bar Briefs Committee for a second year in a row.

When Beth is not working she enjoys running, and spending time with her daughters Haley and Mia, and her husband Ryan. 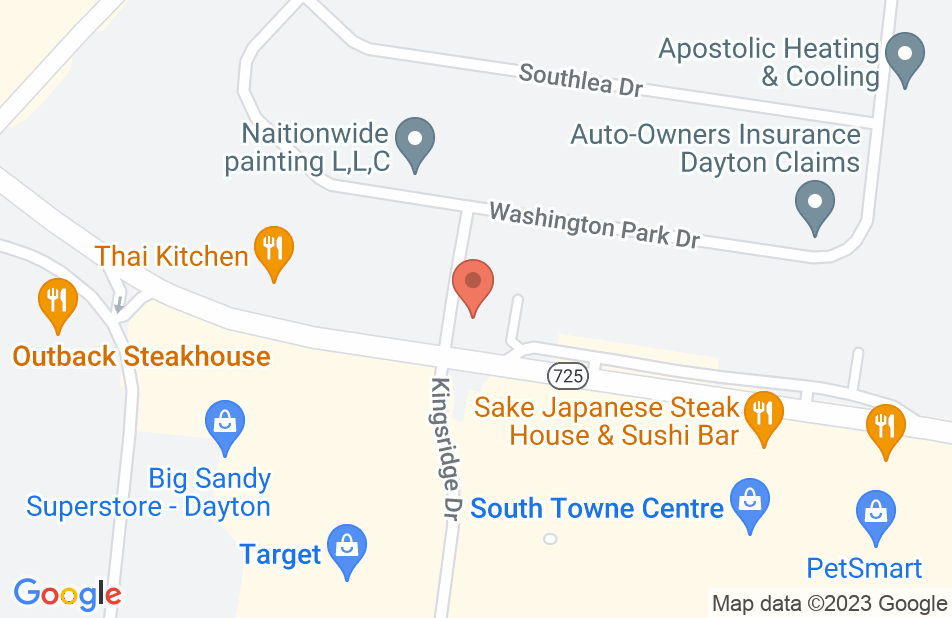 Dealing with Lemon Law is so confusing. Beth and the folks at her office were the utmost in professionalism, they explained things clearly and answered all questions so that they were understandable. She was patient, thorough and honest with regards to my case. For lemon law, Beth and her office are the absolute BEST!
This review is from a person who hired this attorney.
Hired attorney

Elizabeth was extremely helpful with getting our 2013 Escape turned back in as a lemon. Her and her office made it very painless/effortless throughout the entire process; we basically just had to provide information, and they did the rest! She was very good about keeping us updated and was always quick and responsive when we had any questions. I would certainly recommend Elizabeth to anyone who is having issues with their new car.

i recently worked with BETH on a lemon law case. during the whole process, she kept ne informed about what was going on and what I needed to do.I was very happy with the outcome. I would highly recommend her to anyone who is lookingfor a good lawyer and one that cares. THANKS BETH.

I had a 2010 F150 I purchased new, and shortly after the transmission began acting up. I tried for 2 months to resolve the issue with Ford directly, with them refusing to take care of the customer. So I googled lemon law and the Burdge Law Office in Dayton, Ohio popped up. I talked with them, gave them all my paperwork, and after they reviewed it and told me I had a case and offered to represent me, I agreed to hire them. It was the 1st time I had ever been involved in a civil suit (other then small claims court), but Beth was excellent in going through things step by step so I would know what to look forward to and know what to expect. I had a flawless 8/0 win over Ford on all counts at the jury trial and even after it was over Ford continued to try and fight with not wanting to pay what the jury ruled. To avoid dragging out the case even further I worked with Beth and we came very close to what Ford owed us. It was better to take slightly less and be over with then to drag it out another year. I would recommend The Burdge Law Office to anyone in Ohio and surrounding states, and would like to thank them again for getting me justice for a company's wrong doing.

I am very thankful to have had Mrs Wells and the Burdge Law office on my side to fight for my rights as a consumer. They proved their stuff, we waited and we won. The car was a lemon and they never gave me false hope of what to expect. Every time I called their office, I was greeted warmly and quickly connected to Mrs Wells. She always knew what was going on in my case and where we stood. If I emailed her, I had a reply within 24 hours. i am very pleased with the help I received and would certainly recommend them to anyone!

Attorney Wells helped my wife and I through a Lemon Law case. The dealership threw a lot of curveballs in our direction and Attorney Wells knew how to handle everyone of them. Her insight and knowledge of these cases was fantastic and she helped us make the right decisions throughout the process. I have worked with a few lawyers in the past and Attorney Wells was not only very personable but also very willing to answer my questions and lead me through all of the processes. She knows how to win a case and is very upfront about any situation. In addition, her staff is very responsive and friendly!

Beth was extremely helpful anytime I had questions or concerns with my case. She also gave her honest opinion in times when I wasn't sure how to proceed with the lawsuit. The case required a lot of patience and persistence...and I was glad to have an attorney on my side who was willing to stick it out. The entire team at Burdge Law Office was always helpful and upfront about how the legal system works.

Attorney Wells was awesome! This was my first time ever contacting a lawyer. I purchased a car from a dealership that had a bent frame. My case began over two years ago and from the first time I called I knew I would be pleased with the help I was receiving. I was always quickly informed on anything whether it was through e-mail or phone call. Even though the opposing side did everything they could to push it off and extend the time for my case, Attorney Wells and staff were very patient and continued to do what they could to get me good results. The knowledge she had and the patience was definitely a huge plus for me. All the staff in the office couldnt have been anymore helpful! Thanks again!!!!!!!

A truly excellent attorney well respected in the legal community. I wholeheartedly recommend her to anyone looking for a lawyer who knows the law and truly cares about protecting the rights of her clients and getting them the most favorable result possible.

It is clear from her comments on Avvo that Attorney Wells is extremely knowledgeable in the area of Lemon Law, and she is active in the legal community in trying to educate less knowledgeable lemon law attorneys, and consumers en masse. I endorse this lawyer.

I am happy to endorse this lawyer.

I endorse Elizabeth Wells. She has extensive experience and success in lemon law and consumer cases. You need someone like Elizabeth who is well versed in the law and cares about your case when you are taking on the big manufacturers.

Elizabeth is a top-notch person and immigration attorney.

I recommend this attorney to any potential client looking for competent and well-experienced representation in matters dealing with consumer law.

I strongly endorse this lawyer. She knows the law inside and out and uses that to fight hard to get her clients great results.

I have worked with a lot of lawyers over the last 30 plus years and Beth is absolutely the best and brightest of them all. She knows the law extremely well and is extraordinarily talented in her legal writing skills and arguing motions in court. She has a sharp legal mind and cares passionately about helping her clients understand the law and win their case. She is not afraid to take a case in front of a jury and explain why her client is right. It is one thing to know the law, it's another thing to be able to handle a case in a courtroom, and it's an entirely different thing to be able to do it all well. She does that and she does it extremely well. If you have a lemon car and want to know what you can do about it, she's the one to talk to. I highly recommend her to you.