Successfully defending criminal and traffic charges in and around central Ohio for 12 years.

Brandon E. Shroy has spent more than a decade as a practicing attorney in Central Ohio, focusing primarily on criminal defense and traffic law. After graduating from Capital University Law he accepted a prosecution position at the Columbus City Attorney's Office. Brandon quickly developed a reputation as an aggressive litigator with an ability to expertly apply detailed legal knowledge to his cases with outstanding results.

With experience as both a prosecutor and criminal defense attorney, Brandon is adept at perceiving and addressing weaknesses in the prosecution's case, which has proved an invaluable asset in his criminal defense practice.

Brandon practices in all central Ohio courts including the Federal District Court for the Southern District of Ohio, the Courts of Common Pleas, Municipal courts and Mayor's courts.

As your attorney, Brandon E. Shroy will utilize his extensive criminal defense experience and leverage his reputation as an aggressive litigator to fight on your behalf and deliver the best possible outcome for your case. 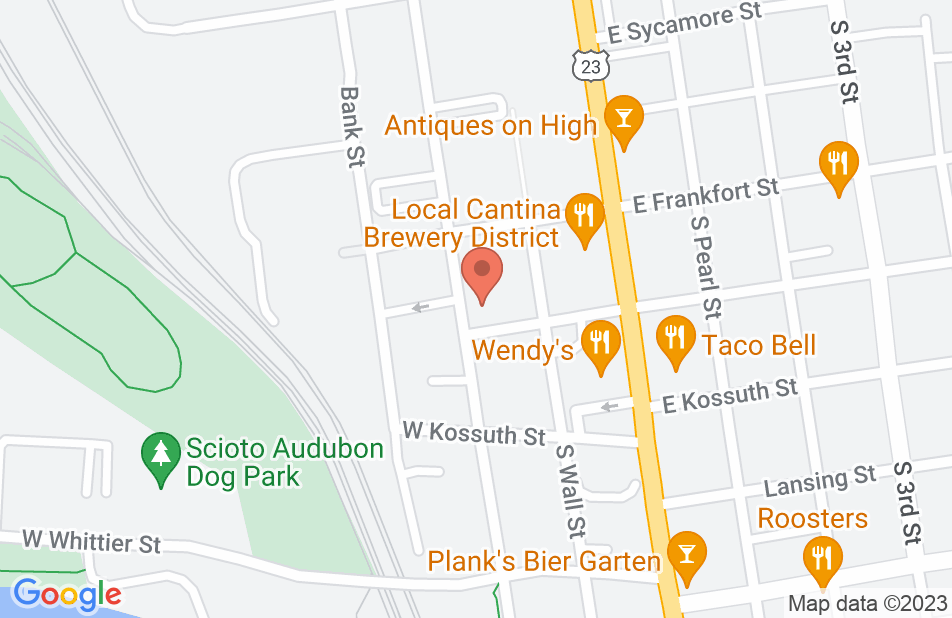 Excellent Lawyer for Good People, who find themselves in Unfortunate Situations

Life happens, I was referred to the legal services of Brandon E. Shroy through a Law Enforcement Officer & close friend. Brandon from the get go was point on, from the initial consultation to the final appearance in court . Brandon is approachable, & professional in manner , at every step of the judicial process he kept me well informed and what his intentions were at the closure of my legalities. I highly recommend Brandon E. Shroy for those "life happens" moments we may encounter in life.
This review is from a person who hired this attorney.
Hired attorney
Brandon Shroy's response: I am glad things worked out so well. You’re very welcome.

Brandon represented me through a year long process resulting from a DUI and other more serious charges. Career ending, life-altering charges. He was incredibly knowledgeable and empathetic. I was well informed through the entire process. He was able to get "unprecedented results" for my plea bargain (stated by other attorneys). He was able to negotiate a plea which could save my career and reduced felony charges to misdemeanors. I made a few bad choices and he worked a legal miracle to make my consequences manageable so I can get my life back on track. Price was reasonable and I would have paid 5x the retainer had I known just how good he was. I am only disappointed that I couldn't give him a 6th star, he was that good.
This review is from a person who hired this attorney.
Hired attorney
Brandon Shroy's response: Thank you for your patience. Our hard work payed off.

I have had multiple attorneys over the years I have engaged for business, IRS and civil issues. Each time I would say I was satisfied, but not delighted. I hired Brandon because I was outrageously accused of a crime, when I tried to protect my mother who was receiving deplorable care in a local hospital. I was beyond delighted with Brandon - his efforts, his demeanor, him as an empathetic person - beyond outstanding. Before I engaged Brandon, I really vetted attorneys. I spoke with a total of 6, and 2 of them are very popular trial attorneys. One of the very popular trial attorneys did not even want to know any true details until a day or two before trial, and insisted on doing a jury trial, despite my preference for a bench trial. Brandon was the only one I felt that truly listened, understood the stakes (I had a professional license on the line), and gave a damn. He responded to every text message and every email I sent him. His level of research in a case is outstanding (I had hired him after actually reviewing a case that he had handled that was somewhat similar to mine, and was impressed that he is able to win cases based on law and facts, and not just by relying on a loud mouth, which some of the more popular trial attorneys do). He stands confident, but he is not arrogant. I believe his confidence emanates from knowing his law. One of the biggest trial attorneys in town, simply could not grasp the fact that I could loose a professional license over this, and kept minimizing that aspect. There would be no ill will or bad jokes about attorneys if they all were like Brandon. I can not recommend him highly enough. Thank you and God Bless you Brandon.
This review is from a person who hired this attorney.
Hired attorney

Brandon and his team have done an amazing job with all my cases. I would hand down always recommenced and refer friends and family to him. His team is patience, super responsive, keep me in loop every steps of the way. Brandon have so much patience, always explain every details and does not mind if he has to explain it more than once. I highly recommend. You will not regret it
This review is from a person who hired this attorney.
Hired attorney

He worked in my case with complete diligence. Very intelligent the way he found a solution to my case. I could not believe the impressive way he handled it. He definitely did an great job. No doubt I will request his service again.
This review is from a person who hired this attorney.
Hired attorney

The best in the Columbus.

Brandon represented me on two different cases with two outstanding results (one administrative and one criminal). He is very professional and experienced. He empathized with my situation and went the extra mile. Most important, I got great results. I would highly recommend him to anyone looking for a lawyer.
This review is from a person who hired this attorney.
Hired attorney

I've worked with Brandon Shroy for years, both as a prosecutor, and now as a defense attorney. He's an excellent attorney. There is just no question about it.
This review is from a potential client who consulted with this attorney.
Consulted attorney
Brandon Shroy's response: Thank you April. The respect is mutual.

Brandon is not only intelligent, but he showed true compassion with the situation I found myself in. He was straightforward with the consequences I was facing and he truly delivered the best result. Any first time offenders should consider hiring Brandon for his knowledge of law when it comes to OVIs.
This review is from a person who hired this attorney.
Hired attorney

Could not have asked for better legal expertise with Brandon and his staff.

Brandon is the best. Dealing with the police can be nerve-racking. When you are facing jail time and losing your job it can become overwhelming. I contacted Brandon Shroy and he took care of everything. I would not have kept my sanity without his assistant Molly. She kept me up to date and eased my anxiety. Because of Brandon I was able to have my bond significantly reduced and didn't lose my license or job. I hope I am never in this situation again but if I am, I know Brandon and his staff are just a phone call away.
This review is from a person who hired this attorney.
Hired attorney
Brandon Shroy's response: Thank you for your feedback. Everyone on our team will work to keep you informed and give back the control this process takes from you.

Brandon helped me out with an unfortunate situation earlier this year. Presented the information to me very factually and helped me work out an acceptable plea. Highly recommend
This review is from a person who hired this attorney.
Hired attorney
See all reviews

I have worked opposing Brandon and alongside him for a number of years. He zealously advocates for his clients and does what it takes to get amazing results. He is a trusted colleague and one with which I would trust my own legal issue. He is a respected referral for issues that I am unable to handle and I have never been disappointed with how he has handled a case I sent to him. He values the attorney client relationship and is very well respected in the court system.

Brandon is an experienced professional that gets results for his clients. I consider him both a colleague and friend. He is honest and up front with his clients. If he can't help you, he will find someone that will.

I have worked against Brandon while he was a prosecutor and with him since he has joined the defense bar. His reputation is second to none. I would trust him with my own case and you certainly can too.

Brandon is an experienced and knowledgeable attorney. He is dedicated to ensuring his clients get the best possible results.

Brandon is an excellent criminal defense attorney and I highly recommend his services for anyone in need. He is very well known in the legal community as a professional who will always fight to get the best results for his clients.

I have known Brandon for over ten years and respect his legal knowledge, courtroom experience, and trial skills. He professionally and zealously advocates for his clients and has the respect of his colleagues.

Brandon is an excellent attorney with a great reputation amongst both Judges and fellow attorneys.

Brandon is an excellent attorney who is well respected by both his colleagues and adversaries. I am confident that all of his clients are well served and ultimately satisfied with his representation.

Brandon has a unique blend of charisma and grit that leads to exceptional results, and he is ready and willing to go to trial at any point if that is what the case demands. His work as a prosecutor, and subsequently a defense attorney, has earned him a reputation as an aggressive and intelligent practitioner. We have worked together on many cases--I trust him, and you can too.

Brandon is in the courthouse daily. He is responsive to clients and he is professionally connected. He knows how the system works, and he knows the people who work in that system - that is important for his area of practice. He has good experience and can review a case in a way to give clients the best advice. I refer people to Brandon because I know him and I know the type of work he does. He is one of the select lawyers in Columbus whom I trust in this way. I strongly endorse Brandon Shroy.

As a former Columbus City Attorney, Brandon is well-versed in the areas of DUI law and other Ohio misdemeanors. He achieves good outcomes for his clients charged with DUIs, as well as more serious offenses.

Brandon Shroy provides top quality representation for each of his clients. He deeply understands the legal process and puts that expertise to use for his cases. You can't go wrong hiring Brandon as your legal advocate.

Brandon is an exceptionally talented lawyer. He provides dedicated and knowledgeable legal representation to all of his clients. I endorse this lawyer.

I personally recommend Brandon Shroy. I was thoroughly impressed by the level of dedication and commitment Brandon shows towards his cases. He is well respected among his peers in the legal community and has established himself as a true legal advocate.

I endorse this lawyer. Brandon is a talented litigator who fights for his clients.