Chad M. Stonebrook has been licensed to practice law in Ohio since 2012.  He graduated from Capital University Law School in 2012 and from The College of Wooster in 2009 where he majored in History, and minored in Political Science and Education.  Chad is licensed by The Supreme Court of Ohio and all Courts of the State of Ohio; and The United States of America Southern District of Ohio (including bankruptcy Court).

Chad’s practice focuses on civil litigation, real estate, employment law, landlord/tenant disputes, arbitrations, personal injury, and business law.  He spent over two years working on a major copyright infringement and anti-trust case based out of the Northern District of California.  He litigated a franchisor/franchisee dispute that resulted in arbitration in Miami, Florida.  He settled a million dollar adversary proceeding in the Ohio Southern District Bankruptcy Court, and has argued in front of the Ohio Court of Appeals.  Chad has settled personal injury and defective joint replacement cases.

Chad is a District 7 Council of Delegates Representative for the Ohio State Bar Association.  He serves as the Vice Chair and on the Prosecutorial Committee for the Columbus Bar Association Notary Committee.  He is a member of the American Association for Justice, Hilliard Optimist Club, and is Vice President of his local AM Spirit Business Connections Chapter. 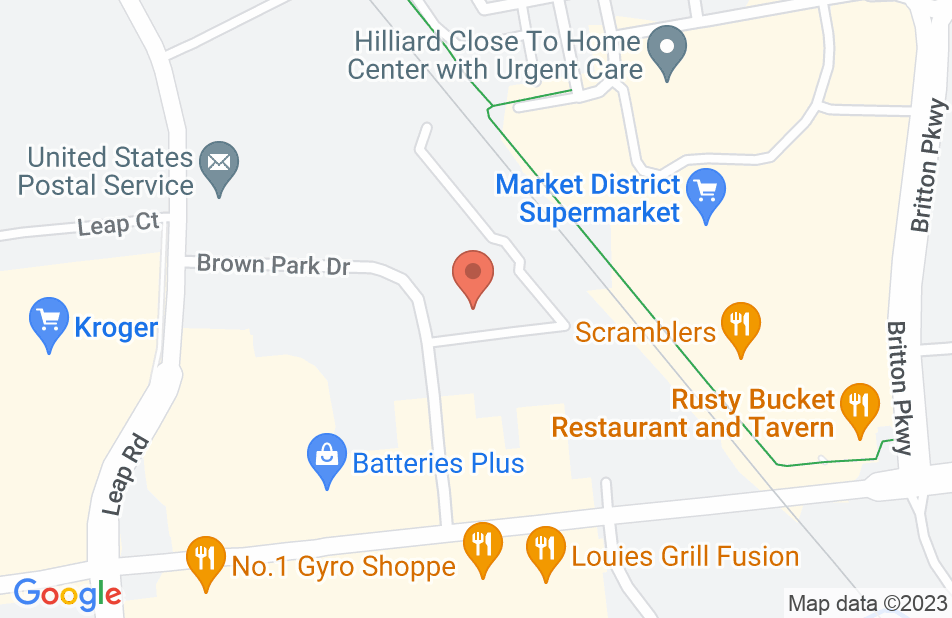 Was a huge help in my time of need

After spending 7 months with another attorney that resulted in nothing being accomplished, Chad & his office stepped in, took over, and in another 7 months had everything handled. Also in the same time frame, took care of not only my auto claim case but other legal matters that came up. Chad was always responsive, even if to just say he didn't have an answer just yet. Attention to detail, professional, great communication, honest/upfront and personal interest in making sure I was happy with the results. Several times he hand-delivered paperwork to me. He was always available and made appointments with me around my schedule. Having had experience with other lawyers over the years, this was the easiest and least stressful experience of them all. He never promised anything but that he would do his best. I would not hesitate in contacting Chad & his office again should the need arise.
This review is from a person who hired this attorney.
Hired attorney

I have known Chad for over 20 years and have had the pleasure of consulting with him as an attorney for the past 3 years. His knowledge is broad based, but I can attest to his specific expertise in the areas of personal injury and landlord-tenant law. You cannot go wrong with Mr. Stonebrook when it comes to a capable and professional attorney who is easy to work with.
This review is from a potential client who consulted with this attorney.
Consulted attorney
See all reviews

I have known Chad for a long time and he is not only a great lawyer, but an amazing person. He treats his clients with respect and provides realistic, honest, and practical advice. If you are looking for a great lawyer, look no further than Chad Stonebrook.

Chad will never get caught off-guard. He is meticulous with his preparation and he makes sure that his clients are as prepared as he is. His attention to detail in preparation pays off when he is in court, in a mediation, or just on the phone with opposing counsel, because he can recall those details and advocate for his clients without being tripped up or caught unprepared. I highly recommend him.

I highly endorse Chad for any litigation matters, personal injury cases or general business issues. His attention to detail and his customer centric approach truly set him apart from other lawyers!

Luke Brewer, Divorce and separation Attorney on Oct 21, 2016
Relationship: Worked together on matter

Chad is professional and capable. I have known him for over 20 years and have had the pleasure of consulting with him professionally for the past 3 years. Not only does Chad have an excellent legal mind, he is easy to work with from a client's perspective.

I endorse this lawyer. Chad is a wonderful attorney and a terrific advocate for his clients. He is very knowledgeable of the law and provides great value to his law firm.

I endorse this lawyer. I have worked with Chad on a few cases. He is very attentive to client needs and responsive to client inquiries. Chad is very aware of the stress that clients endure throughout the litigation process and is very competent at helping to keep the process manageable.

Chad is a very detail oriented, highly skilled lawyer with whom I enjoy working. He has handled cases for our firm involving millions of dollars down to cases involving small claims. Fortunately for our clients, he takes each case as a challenge and works just as hard for the small claim cases as he does for the high net worth business client. His follow up is unmatched.

Chad is a great attorney. My firm has worked with him on various litigation matters, and I always have complete confidence that Chad will provide diligent and thorough representation.

Chad has been involved in simple and complex litigation. Regardless of the size of the case he demonstrates exceptional attention to detail.

I endorse this lawyer. Chad is thorough, competent, and very detail oriented. He is an outstanding advocate for his clients.