Attorney Hugh Barrow is a founding partner of Barrow Brown, PLLC and has extensive courtroom and trial experience in Louisville and surrounding counties. He currently serves as a court-appointed Guardian ad Litem in family court and as a Warning Order Attorney for the Jefferson Circuit Court.   Hugh founded the firm to provide personal service that is often forgotten in today’s world of legal services.

Hugh is originally from South Carolina, where he spent most of his childhood.  Prior to relocating to Louisville, Hugh worked as an attorney in several law firms and nongovernmental organizations in Washington, DC.

Outside of work, Hugh is a married father of two boys.  He  enjoys whitewater kayaking and is an avid musician. He also serves on the Board of the Italian Cultural Institute, a nonprofit organization dedicated to Italy’s unique cultural heritage. 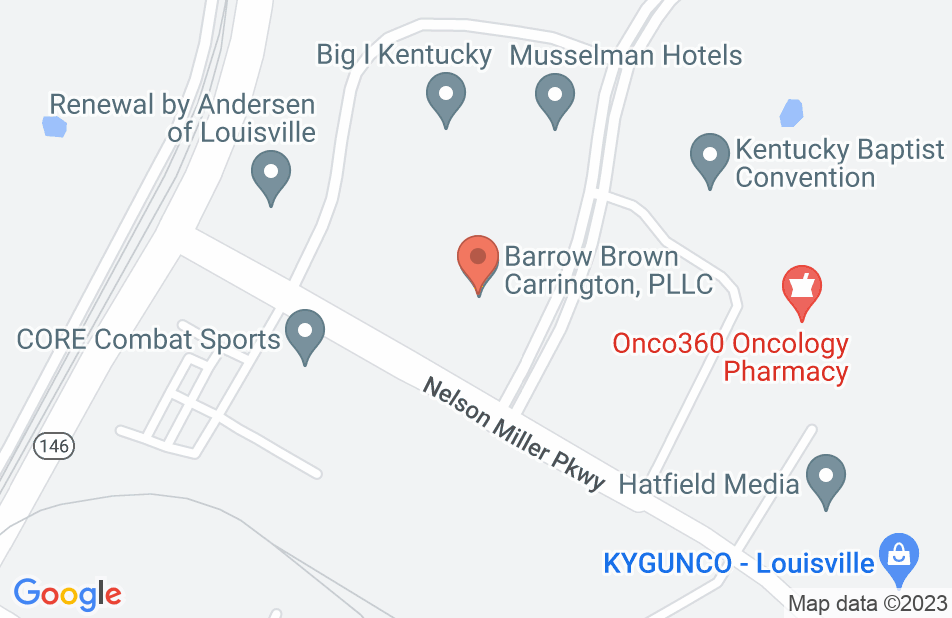 I could NOT ask for a better lawyer!

There is not room here to adequately express my gratitude for what Hugh Barrow has done for me as I have divorced my abusive husband of 20 years. Hugh is the best! He is a man of absolute integrity. He is extremely professional and knowledgeable. In addition to my divorce, Hugh was instrumental in me being granted a very necessary 3 year Domestic Violence Order against my X-husband. Even though my X-husband, a now established criminal, hired a VERY dishonest, incompetent and unprofessional lawyer, Hugh has done everything absolutely necessary to protect me legally. He is always accessible, always keeps me informed, always does things in a timely manner, and treats me as if I am his only client. I am very grateful to Hugh and would recommend him, in a heartbeat, to anyone! The world needs more lawyers like Hugh Barrow.

I am so happy I was referred to Hugh. He was aggressive, but reasonable, which is exactly what I needed. The divorce process can be a bit insane. Hugh helped me understand what was happening and let me know what to expect.
See all reviews

Hugh is well respected in the legal community. He's always acheived excellent results for my clients who needed help with Family Law issues.

I endorse this lawyer. He is knowledgeable and well respected in the legal community.

Hugh is extremely knowledgeable about all issues related to divorce and family law. He is a professional, courteous, and skilled advocate for his clients.

William Koehler, Chapter 7 bankruptcy Attorney on May 30, 2014
Relationship: Worked together on matter

Hugh is a highly skilled and experienced family/divorce lawyer. I never hesitate referring him such cases regardless of the complexity of the issues involved.

I endorse Hugh. He is a highly skilled attorney that is well respected in the legal community.

Hugh is committed to personal and professional excellence.

Hugh Barrow is a skilled and tenacious lawyer, who ardently represents his clients, yet is reasonable and realistic enough to propose or accept a settlement if that would serve his client's best interest.