Pat McElhone has over 20 years of experience handling serious personal injury and death claims.  He has recovered millions of dollars for his clients through trial or settlement.  Pat has handled almost every type of injury case including car wrecks, tractor-trailer wrecks, motorcycle collisions, slip and falls, workers’ compensation, products liability, dog bites, and medical malpractice to name a few.

Pat has received numerous awards and honors including being named in Louisville Magazine as one of Louisville's top Attorney's.  He has also been honored as one of the top trial lawyers in the state of Kentucky by the National Trial Lawyers Association.  He also has been admitted into the exclusive Million Dollar Advocates Forum.

Pat has handled cases that range from minor automobile wrecks to complex cases of wrongful death against some of the country’s biggest corporations.  Let his experience and success work for you.

Pat was born and raised in Louisville, Ky.  He attended St. Xavier High School. He graduated with honors from the University of Kentucky and attended law school at the Brandeis School of law in his hometown. He is active in the community and is on the Board of Trustees for the Camp Taylor Fire District and the Friends School of Louisville Board of Directors.

Pat and his wife, Laura, have been married for over 20 years.  They are the proud parents of their daughter, Emily, and the family’s other two members- their dogs Marley and Goldie. 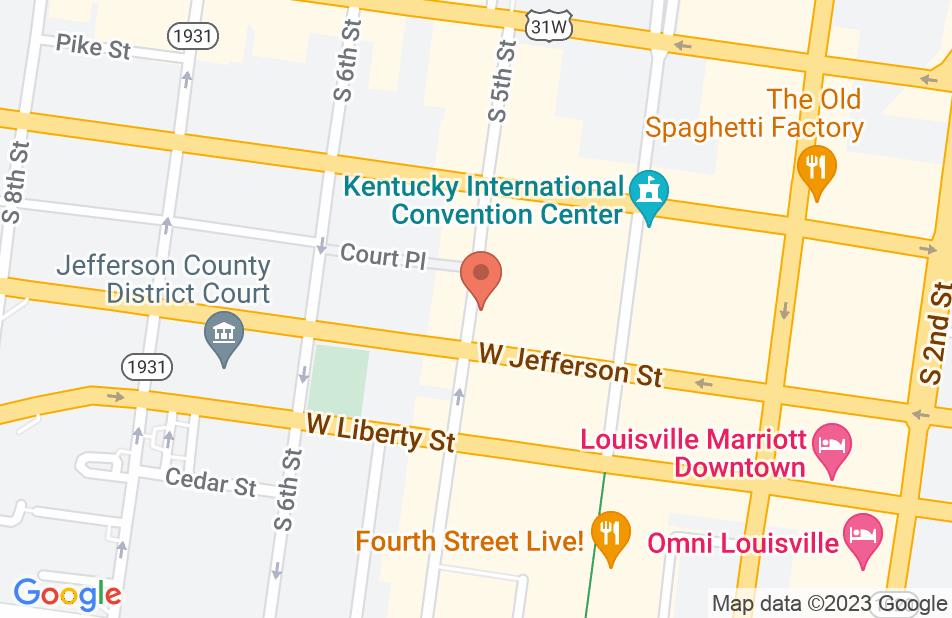 He handled my case in a very professional and timely manner. He explained the process and kept me well informed. Definitely would recommend him to friends and family.
This review is from a person who hired this attorney.
Hired attorney

I consulted with Mr. McElhone about a small injury case that was, fortunately, not taken to court. He gave me excellent advice on how to proceed in settling things quickly and to my satisfaction.
This review is from a potential client who consulted with this attorney.
Consulted attorney

Pat was fair, hard working, and determined in helping me with my case. In my opinion, he is a star. If you need someone who will not stop and will be there for you, Pat is the man. I recommend him highly.
This review is from a person who hired this attorney.
Hired attorney

Pat has been our family lawyer for years. He is responsive, thorough, and spoke with me many times on the phone and in person. He was great with our will and trust, and he has helped me navigate through another disagreement I had with my landlord many years ago. Pat has always been there for me and my family, and I consider him a life-saver!
This review is from a person who hired this attorney.
Hired attorney

I had the privilege of working with Pat for 12 of the 15 years I've been practicing law. We have worked on several matters together and can say, unequivocally, that he puts his clients in the best position to win with hard work and legal talent. I highly endorse him.