A Louisville native, Abigail grew up in the Middletown area and attended Sacred Heart Academy where she earned her International Baccalaureate diploma. She graduated from DePauw University in Greencastle, IN with a Bachelor of Arts degree in Psychology. She then returned to Louisville to obtain her Juris Doctor from the University of Louisville Louis D. Brandeis School of Law.

Abigail began her litigation career as a staff attorney at the Louisville Metro Public Defender. As a staff attorney, she represented over a thousand adult and juvenile indigent defendants charged with felonies, misdemeanors, DUIs, traffic offenses, status offenses, and contempt of court. She has successfully represented clients in nearly every proceeding in Jefferson District, Circuit, and Family courts and has served as lead counsel in both jury and bench trials. Abigail brings this extensive litigation experience to Kellner Green.

At Kellner Green, Abigail focuses her practice primarily in the area of family law on high conflict divorce and custody cases. Abigail represents clients on all dockets in Jefferson Family Courts including circuit, dependency, neglect and abuse, paternity, and EPO/DVO dockets. Abigail also serves as an appointed Guardian ad Litem (GAL) advocating for the best interest of children. The remainder of her practice is focused on criminal and juvenile defense.

Abigail is a Barrister member of the Louis D. Brandeis Inn of Court. She serves on the Alumni Advisory Committee to the Kentucky Alpha Chapter of Pi Beta Phi.  She is a member of the Sacred Heart Academy Alumnae Board.  Abigail serves as conflict counsel for the Louisville Metro Public Defender. Abigail also volunteers her time to various organizations around Louisville. Both Courtney and Abigail enjoy giving their time to assist youth in the local community.

Abigail resides in Louisville with her husband, son, and two dogs. 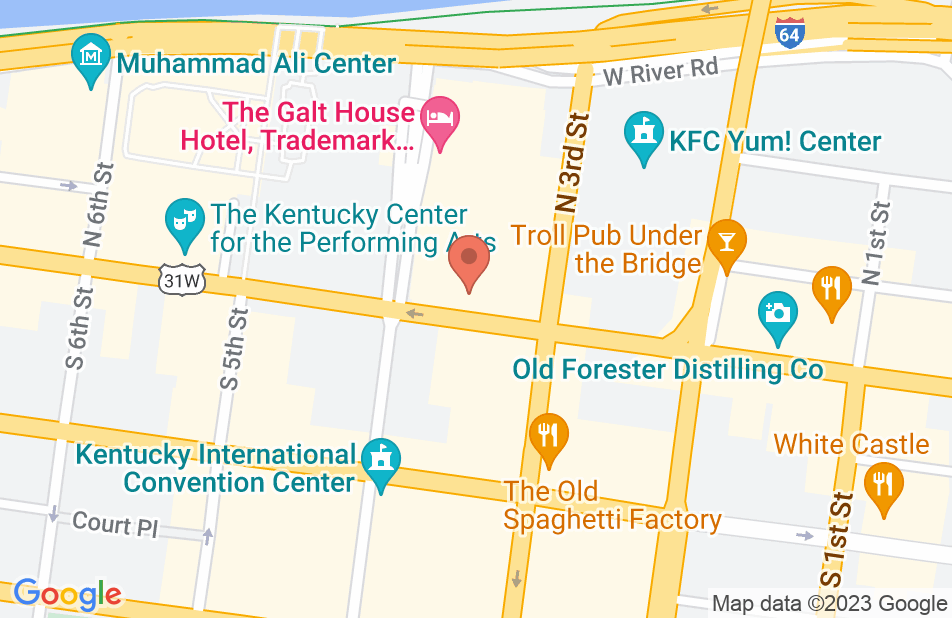 I recommend Abigail Green for ALL your family legal issues and for the most professional and personable legal representation in Kentucky. Mrs. Green provides result-oriented services and has always not just met but also exceeded my expectations when it comes to my family law needs. If you are in need of legal representation in family court, Mrs. Green is your best choice, five out of five stars.
This review is from a person who hired this attorney.
Hired attorney

Ms. Green and her partner are two best family lawyers in the area. They are knowledgeable, experienced, have tried big cases...and won. I endorse this lawyer.

I endorse this lawyer. I am always impressed by Ms. Green's representation of her clients. She is incredibly knowledgable and compassionate.

I endorse this lawyer. She is well respected by her peers.

Abigail Green is a great family law attorney. She has extensive experience both in and out of the courtroom, and works extremely hard to get the best results possible for her clients. I absolutely endorse Abigail.

Strong advocate for her clients. Great attorney and very well respected amongst her peers.

I've had the pleasure of working with Abby for years. She is a smart, aggressive, and resourceful advocate for her clients. Her family law clients are in good hands with her. I endorse this lawyer.

Abigail is tough yet sensitive to her client's needs, well-respected yet in no way a pushover. I have seen her work firsthand and frequently refer cases to her and her partner. I wholeheartedly endorse this lawyer. You are in excellent hands with her no matter what type of case you have.

I would trust Abby to handle any family law matter that came along. I have referred several matters to her and the outcomes have all been spectacular. She is a great lawyer.

Intelligent. Educated. Skilled. Convincing. Responsive. These are key attributes every person seeks in an attorney. Especially when their parental rights are at stake. When seeking an attorney with all these attributes, start with Abigail Green of Kellner and Green!

Abigail is one of the hardest working and most tenacious individuals I've ever known. She is committed to the zealous representation of each of her clients, and handles each case with exceptional professionalism.

Abigail is a zealous advocate works tirelessly to obtain the best possible outcome in your case. I recommend her for all areas of family law.

Abby worked as a juvenile public defender and has experience working with kids and successfully defending clients in family and criminal court. I endorse Abigail as your lawyer.

I highly recommend Abigail as a criminal defense attorney, juvenile attorney, and a family law attorney. I had the pleasure of supervising her for a number of years prior to her starting her own firm. Abigail is an extremely skilled trial attorney and dedicated to providing her clients the best possible defense.