Josh initially joined Lesser, Lesser, Landy & Smith in 2004, immediately after graduating from law school and passing the Florida Bar. At the time, he practiced exclusively in the areas of general personal injury and wrongful death. During his time at the firm, Josh had the opportunity to gain a solid foundation in personal injury law while participating in several high profile cases on the Treasure Coast.

In 2007, Josh left the firm to join his father and brothers in the Stuart-based Ferraro Law Group. During this time, he broadened his practice to include the litigation and mediation of high net worth divorce litigation, probate disputes and appellate advocacy. He also maintained a niche practice assisting other family lawyers throughout the state of Florida with the federal requirements for distributing pensions at the end of the dissolution of marriage process.

In 2013, Josh returned to work at the firm where his legal career began. Working primarily out of the firm's Stuart office, Josh maintains an active family law mediation practice while dedicating a substantial portion of his time to assisting clients who have been injured in autombile collisions or as the result of negligence. Additionally, Josh continues to advise family law attorneys throughout the State on the process of distributing retirement benefits in compliance with federal law.

Outside the practice of law, Josh donates a substantial amount of time to working with local charitable organizations. In 2012, he was named the President of Tykes & Teens, a charitable organization dedicated to providing mental health, substance abuse and behavioral counseling to local youth on a sliding scale basis. Tykes & Teens has become an invaluable asset in our community by ensuring troubled children do not fall through the cracks simply because their parents are unable to afford the care they need. In the past sixteen years, the organization has served more than 11,000 children and provided an estimated 300,000 counseling sessions in Martin County alone.

In addition to his position at Tykes & Teens, Josh serves as Vice President of Keep Martin Beautiful, a charter of the Keep America Beautiful organization. KMB is dedicated to preserving the local environment through the promotion of litter control and the coordination of beautification efforts. The organization relies upon a foundation of more than 2,000 volunteers who routinely attend beach clean-ups and neighborhood rejuvenation projects. 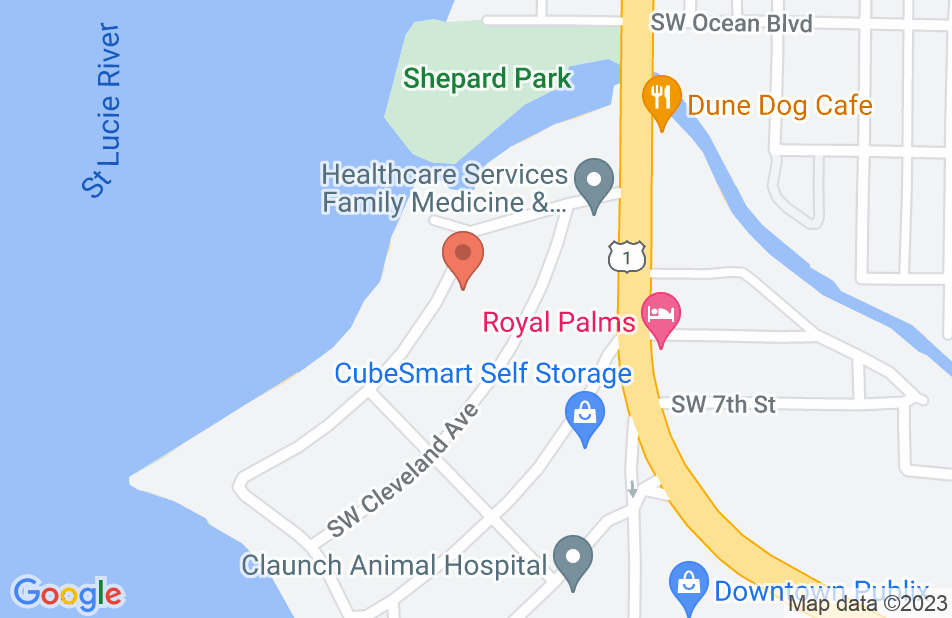 Josh not only got my medical bills reduced to nearly nothing, he helped me get a great result from my slip and fall accident. He was patient, kind and diligent and unlike many attorneys I've dealt with, was always there for me. Thanks to him and the whole staff!
This review is from a person who hired this attorney.
Hired attorney

From Hopelessness to Hope - Thanks to Joshua

To Senior Partners of Lesser, Lesser, Landy, and Smith: I had the great, good pleasure of recently working with Joshua Ferraro from your Stuart office. My case was a contentious divorce modification action that required a wide and experienced skill set. Joshua subsequently met every need, explained clearly every nuance of law as it applied to my case, and despite great anxiety on my part, prevailed in the outcome beyond my imagination. I could not imagine a better legal representation and strategy ( and I consider myself pretty creative) for my divorce needs. Joshua’s work transformed my future from one of hopelessness to one of hope… and he accomplished the outcome in a very professional, confident, and efficient manner. You have a solid and smart team-member in your practice. I offer my recommendation of Joshua Ferraro without reservation for his work on my behalf in this sensitive and emotional area of law. My deepest thanks, Terry
This review is from a person who hired this attorney.
Hired attorney

Goes out of his way!

Some initial research got me in contact with Josh’s firm. While he knew he would not be able to gain my business because I’m located in another state, Josh took the time to call and email me with where to start in my state. This speaks volumes to his ethics and his business practices for him to go out of his way to contact me after his office already let me know they couldn’t answer my question due to state laws being vastly different. It’s rare to find an attorney that would go out of their way to personally answer a question in this manner. Kudos to you and your team for being so awesome!!
This review is from a potential client who consulted with this attorney.
Consulted attorney

I have known Josh for many years and find him to be a very competent and professional practitioner. I refer him a lot of work and will continue to do so. I highly recommend Josh and have for some time.

Mr. Ferraro mediated a client's family law case and demonstrated a very professional and productive approach. He was able to get a resolution on the type of case that doesn't normally resolve at mediation. Excellent mediator and would gladly use his mediation services again.

Joseph Gufford, Divorce and separation Attorney on Jun 27, 2013
Relationship: Worked together on matter

I highly endorse Mr. Ferraro. His expertise in the area of Qualified Domestic Relations Orders is unmatched. The level of service that he has provided my client's is impeccable. Mr. Ferraro has also assisted me during the course of mediation with ensuring that the proper language is inserted into the Mediation Agreement itself so that there are no later disputes regarding the issuance of the QDRO's at a later date.

I have known Josh for many, many years both personally and professionally and am thrilled to endorse him. Josh is a brilliant attorney who provides zealous representation while maintaining the highest level of civility and professionalism.

I endorse this lawyer. If you need a QDRO Josh is the guy.

I endorse this lawyer. Josh is a real expert in Qualified Domestic Relations Orderes and every family attorney should have his number handy.