Personally, I have two children, a seven year old girl and an 18 month old boy. My experience with having adopted my first daughter gives me needed experience in handling step-parent adoptions. In my free time I like to spend time with my family, attend professional sporting events, fish and golf. 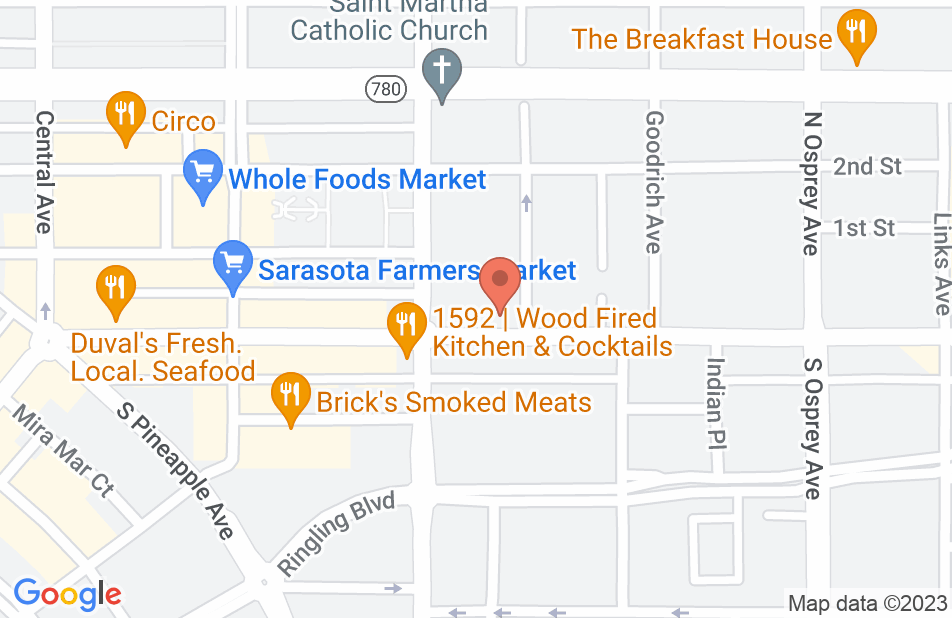 Bar none the best man for the job!

I hired Mr. Schipani for my divorce and custody proceedings, and without question he will fight for you and more importantly your child's rights as well. My case has been more than a challenge to say the least. Phil has always been available to answer my call and address questions and concerns day or night, week and weekends. He is absolutely one of the most compassionate and caring attorneys I've ever come across! He knows the laws and will use what ever means available to aid you in getting the results you and your child/children deserve. Could not ask for better representation. If you want to hire someone who knows their stuff, cares about you and your situation, and your child then look no further! Hire Phil, you will not be disappointed he's not afraid to do what is right no matter how big the mountain to climb! However, downside is he is a Hokies and Hurricanes fan through in through! Better than a Gators fan though! Thanks for everything big guy! Honestly though, Phil is one of those few genuinely caring individuals you meet in life which I believe is rarity! You're the best!
This review is from a person who hired this attorney.
Hired attorney

When my ex husband and I decided to divorce, I contacted Mr. Schipani, he was able to consult with me the very next day. Mr. Schipani was very professional and explained things to help me understand the process. After hiring Mr. Schipani the process moved very quickly. He kept in communication with me and ensured me throughout the entire process that the things my ex was threatening to take from me (car, house, kids) would not happen, or at least would not happen the way my ex (who's in law enforcement) was saying they would. All because of the way Mr. Schipani handled mediation, I was able to keep my car, the house, and majority custody of the children. I appreciate all of the time and effort Mr. Schipani put into my case and eased my emotional pain by communicating with me through the entire process.
This review is from a person who hired this attorney.
Hired attorney

Mr. Schipani handled an adult adoption for us with compassion and professionalism. He managed all of the court documents and made this process so easy for us. Mr. Schipani explained each step of the process and listened to our questions and concerns. I would highly recommend Mr. Schipani's services to anyone needing a highly qualified and kind attorney.

I was in a child custody battle with a woman who was just ruthless. She hired an attorney that was even more ruthless and her family was paying all of her attorney fees so she didn’t care whether or not the action went to court. I begged her on multiple occasions to just fill out a parenting plan with me but her only response was “I’ll see you in court”. Her whole case was based on lies. Her demands were ridiculous and her only goal was to hurt me. I interviewed 6 attorneys before hiring Philip Schipani. When other attorneys were making remarks like “maybe” and “hopefully”, Phil’s attitude was “why not more?” He took the time to completely understand my situation and fought in my best interest. Most of all, he kept me from saying or doing anything stupid that could hurt my case. Phil was able to draw up a settlement agreement in which we both came out on top. We were able to avoid a lengthy trial and I actually ended up getting more than I hoped for in the end. My child support payment is a fraction of what it could have been and if she ever decides to get a job she will have to pay me child support! Thank you Phil!

I visited several different lawyers before choosing Phil. He was very professional & responsive. He handled my divorce in an appropriate amount of time and I was pleased with the results. I feel he was honest, attentive, & diligent. He was very kind and matter of fact, making my situation easier to tolerate!

Such a Professional Attorney!

After the sudden and unexpected death of my dear mother, I had to face Florida probate court. I did not know what to do or where to start; and I no longer lived in Florida. I know I could not deal with my mother’s affairs alone. A friend told me to contact Phil Schipani. I was not even sure what to ask or exactly what I needed, but Mr. Schipani handled everything for me. He took a load off of me when I really needed the help of a professional who understood exactly what I needed when I did not know myself. If you feel like you are sinking in legal quicksand, call Phil Schipani.

More Than I Hoped For!

Phil is absolutely the best lawyer I have used.. hands down! He is kind, caring, honest, and most importantly very personable. He was available to answer all my questions and was very understanding of concerns that I had. He definitely made the divorce process MUCH easier for me! I recommend him to everyone I know.

Phil handled my divorce. I was married for 20 years and the divorce was sudden. I found Phil to be highly responsive and very knowledgeable. His free consultation alone helped me immeasurably in understanding my situation and calibrating my thinking. He put me at ease and we collaboratively developed a sound game plan. I found Phil to be easily accessible and very forthcoming and candid on outlining my options and potential consequences. His rates were consistent with the market. My divorce was handled in a very timely and professional manner. In addition, Phil recently handled my child care modification. It has now been 4 years and my life has improved immeasurably and I thank Phil for helping me get a new lease on my life

I hired Phil to represent me in my divorce and could not have asked for better representation. He kept me informed and was always available for questions. My biggest concern was the time-sharing of my son. I wanted to make sure that had the most time and that I was primary when it came to school decisions etc. I got everything that I asked for regarding my son. Even though divorces are not easy I feel that Phil represented me and I won fairly in the end. I recommend Phil to this day.

I retained Mr. Schipani to assist me in a rather delicate matter involving my brother. He (my brother) was attempting to adopt his step-son, and was in the process of a divorce. The step-sons mother was amenable to the adoption, but for obvious reasons, the situation could have easily grown contentious quickly. My brother was overseas in the military which is why I was acting as a go-between. Mr. Schipani was professional, responsive, and made the process literally painless. Not that it necessarily matters, but he also completed his work for less than the initial retainer, and returned the balance to me after everything had been concluded. My brother has returned to the states, and now has custody of his son (no longer "step" thanks to Mr. Schipani) and has thanked me numerous times for finding such a capable attorney. I have thanked Mr. Schipani as well, but thought it only right to let others know what a credit he is to his profession.
See all reviews

I had the opportunity on numerous occasions to represent individuals in family law matters where Mr. Schipani was opposing counsel. I found that he had an excellent working knowledge of family law and always conducted himself in an ethical and professional manner. I also found that he always put the best interests of his clients first and negotiated in good faith. He is a competent and caring attorney. I recommend him without reservation.

I endorse this lawyer. Phil is a highly effective attorney for whom I have great respect. He is intelligent, personable, and cares deeply about his clients. I have worked together with him on cases, and would not hesitate to refer clients to him in the future.

I endorse Phil Schipani. He has a thorough understanding of the law concerning divorce and other family law matters. He works hard in trying to effect fair settlements and, when necessary, is a very prepared and competent litigator in the courtroom.

Mr. Schipani cares about the needs of his client and has the expertise to argue for his client's rights in court. He is well-respected by attorneys and judges for his ethics and integrity. I highly recommend Mr. Schipani to anyone seeking a family law attorney.

Phil is a highly capable and exceptional family law and divorce attorney. Other lawyers call him for advice. Phil is a fine gentleman and an excellent lawyer.

I have known Philip for several years. I see Philip in court almost weekly. He has a good courtroom demeanor and is extemely concerned for the outcome he achieves on behalf of his clients. I would recommend Mr. Schipani to individuals seeking the services of an attorney.

Attorney Schipani is a dedicated advocate for families. He is a family man himself and he brings a sincere compassion to each of his cases. He is straight forward, aggressive and keeps the best interest of his client at the forefront while being cognizant of the fees and costs associated with the matter. I highly recommend Attorney Schipani to anyone looking for a family lawyer.

I have known Mr. Schipani since our years at the University of Miami School of Law where we took several classes together. Since that time, I've had a professional relationship with Mr. Schipani. While my practice is limited to the defense of criminal and traffic-related matters, I feel very comfortable referring clients to Mr. Schipani to handle any family law matters that they may have. If you live in the Sarasota/Manatee area and have a family law matter that needs to be addressed in a timely and professional manner, I would consider the Law Office of Philip J. Schipani.