Divorce is hard and it is stressful. It takes an emotional and economic toll on you. I can help you navigate through the process to ease your stress and help you come out on the other side in a better place.

Liz understands what you are going through. She is twice- divorced herself. One divorce that was settled amicably out of court – and a second divorce that required difficult, complex litigation with an opposing party who was unwilling to cooperate. These experiences have made her better able to help you through your divorce or family law dispute, providing empathy and strength throughout your work together. She represents clients through a full range of other family law needs.
She has a wide-range of experience, including banking, real estate, retail management, accounting, and television news – this background serves her well as a problem solver, negotiator and litigator fully committed to the practice of family law. A run for public office honed her public speaking skills and ability to argue her clients’ positions in court. She is a long-time resident of Florida’s West Coast. She understands the local court systems and deeply cares about the issues her clients face.
Liz grew up the oldest of eight children. Her father was a long-distance truck driver and her mother stayed at home to raise the children. Neither of Liz’s parents attended college. But that didn’t stop Liz—she was determined to get her college degree. While raising three daughters, she achieved her goal after taking classes on and off for more than 17 years. Liz graduated summa cum laude from the University of South Florida in 1995.
However, Liz had another dream—to become an attorney. Again, she worked and planned and finally achieved her goal.
She has been practicing in Sarasota since her admission to the Florida Bar in September 2006.
Liz has also found time to give back to her local community. In 2003, while attending law school, Liz was appointed to the City of Sarasota’s Human Relations Board where she served until 2007. She was then appointed to the City’s General Personnel/Civil Service Board where she served until her election to the Sarasota City Commission on May 12, 2015.
Please contact her if you need a Sarasota Area Family Law Attorney who will listen, share insight and help you develop a solid strategy for your case. 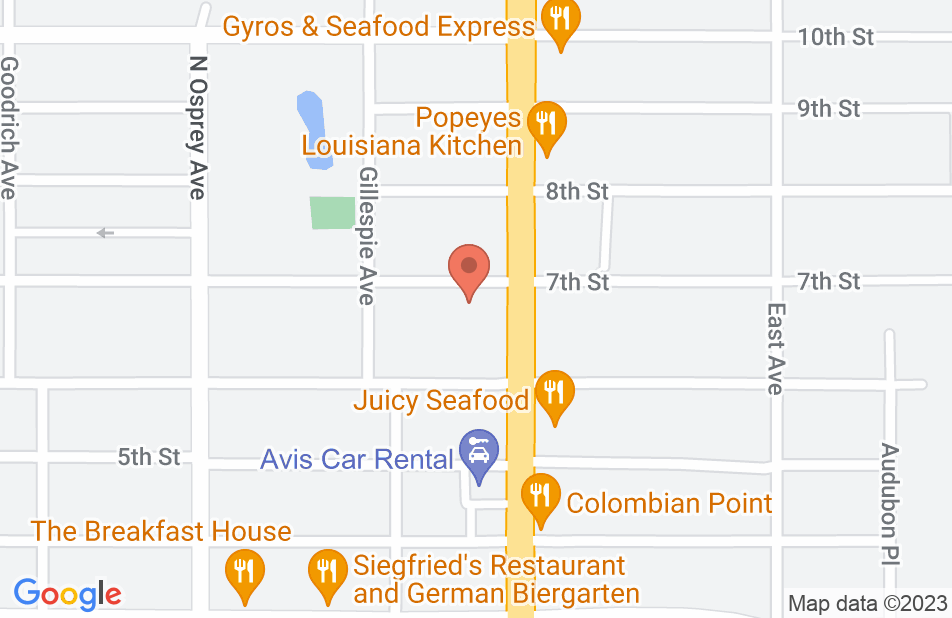 She Knows Her Stuff

My ex "lost" a bank statement and didn't include the money in his financial disclosure form. Ms. Alpert saw things didn't add up and was able to reclaim the "lost" cash. She explained I was entitled to half. The money she found helped pay her fee. I would definitely recommend this lawyer. She knows her stuff.

Ms. Alpert assisted me in writing a new will and associated papers, after I had a major life change. Her knowledge and precise integration of needed papers were invaluable to me.

Liz was very helpful in addressing the main concerns with the agreement. She worked together with me to finalize the language of the agreement to meet the intent of both parties.
This review is from a person who hired this attorney.
Hired attorney

Liz was great at explaining the process of my divorce and following through to make sure I had the necessary paperwork. We had some unusual circumstances we had to navigate through. The final hearing went well because we were prepared! Liz is a fantastically talented family law attorney!
This review is from a person who hired this attorney.
Hired attorney

A Great Choice for a Divorce Attorney in Sarasota

I've found that during stressful times objective and knowledgeable counsel is invaluable. With it, seemingly ugly life experiences can at the very least have their negative impact mitigated, or even be turned into positive outcomes. Divorce being one of those aforementioned uglinesses, I'm grateful I had Liz Alpert handle my case. Liz took in all facets of the circumstance, listened to my goals (and fears), educated me about my rights and the relevant legal proceedings, and set about making the best possible outcome happen. Having someone who could let me honor the emotional parts of such a time, but not at the peril of my own good, was fantastic. She responded quickly to every question or need no matter how small, and supported me in arriving at the best achievable settlement. I never once doubted her dedicatoin, strength, or determination in doing so.

I had the pleasure of working with Liz Alpert for my divorce after being married 22 years. Liz was on the ball, trustworthy, educated and prompt. People have asked me would I ever use her again which I think is a great litmus test. The answer is Yes, yes and yes. Its never fun going through litigation but she made it extremely easy. She is confident and she won't lay down on her clients. She will tell you what is fair and customary but doesn't make your decisions for you. She isnt cheap but she is worth it. Thanks Liz

After interviewing three other attorneys I finally found Liz Alpert. She really listened and cared about the outcome I was seeking for my divorce and my family. She was compassionate and understanding. Liz has my highest regards and respect. I would recommend Liz to anyone needing an experienced, exceptionally good attorney.

RUN the other WAY

I hired Ms. Alpert for a simple Contempt & Enforcement case in 2007. I specificallt told her my ex would ignore her nice letters and attempts to settle. She also told me she had to hire another attorney for my defense beacuse of her lack of experience. Ms. Alpert cranked out alot of billable hours. ($18,000.00 worth). She produced tons of paperwork that she never submitted to the Court. A specific example is the Discovery I prepared (because it was extensive) and she NEVER submitted it. My case was thrown out because she didn't have the discovery. She Refused to Try my case in front of a judge (because she is not qualified) and she refused to ask for a hearing on her attorney fees (beacuse they were HUGE and inappropriate). This lawyer has zero experience and is totally incompetent.
Liz Alpert's response: I regret that this client was unhappy with my representation. I do strive to provide the best possible representation for every one of my clients. This should have been simple contempt and enforcement, but because of the choices that the parties kept making, it became much more than a simple contempt and enforcement. I disagree with this client’s characterization of the facts regarding this case. This was a case from six years ago; it is interesting that this client is mentioning this now. This client even went as far as filing a complaint with the Florida Bar which the Bar dismissed. Again, I regret any dissatisfaction this client had with my representation, and wish her the very best.

I have known Liz for more than ten years and have worked with her on many cases. She does a very good job representing her clients.

I endorse this lawyer. I have known Ms. Alpert for at least the past seven years. I first had dealings with her as opposing counsel on a domestic relations matter. Since that time I no longer maintain an active law practice but I am engaged only as a Florida Supreme Court Family, Circuit Civil and Appellate Mediator. I have conducted numerous family mediations with her and I find that she is always well prepared, has knowledge of the case and takes a very practical and ethical approach to the matters she is handling. Without question she properly advocates for and on behalf of her client(s). It has been a pleasure to work with her in all the matters that I have had with her.

I've known Liz for over 8 years and she is one of the brightest people I know. She works hard for her clients and realizes that her work helps them through one of the most difficult times of their lives. She is caring, responsive and knowledgable.