John Chapman earned his Bachelor of Science degree from Auburn University and his Juris Doctor Degree from Stetson University College of Law.  While at Stetson, John was a competing member of the Stetson Moot Court Board and on the Editorial Board of the Stetson Law Review.

Mr. Chapman is the President of the Board of Humane Society of Sarasota County, and is a fifth generation Sarasotan. 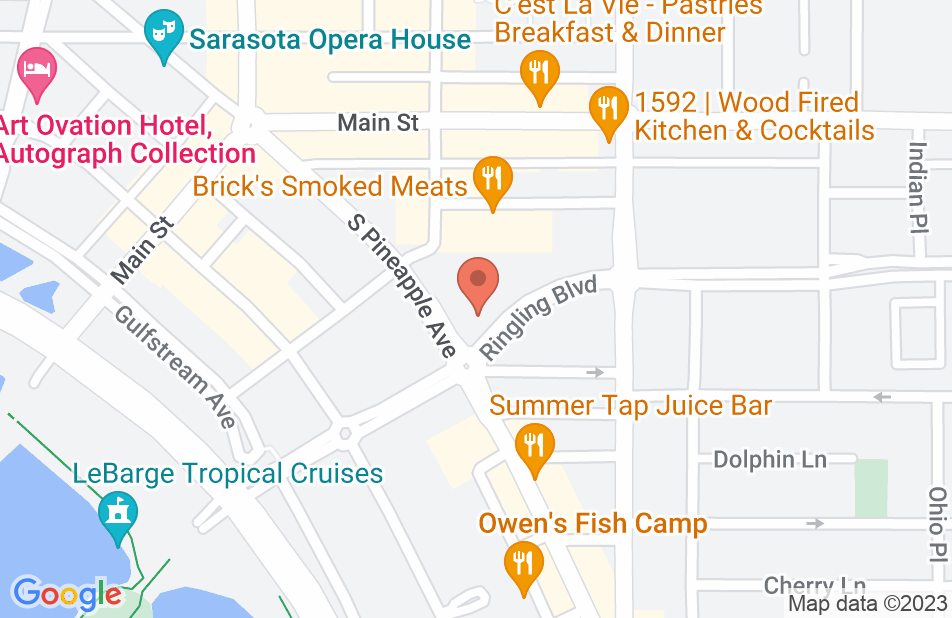 John Chapman took care of all of my legal documents including power of attorney, health care surrogate, living will and revokable trust, and some other business related documents.. He has also provided excellent follow-up and advice. He is very patient and thorough. I would say that his fees are reasonable. I have also referred him several of my patients for their legal issues. I can report that my patients were 100% satisfied with the services and handling other their legal needs. I will continue to recommend him to my patients and my friends. Thanks John!
This review is from a person who hired this attorney.
Hired attorney

From the first time we met John we were confident in his advice. He took charge of our case and with in months formulated a strategy which won our case. Trust is hard to find. We trusted in him immediately. You can too.
This review is from a person who hired this attorney.
Hired attorney

Great Attorney help with a Employee Contract, was able to help me thru the paper work
This review is from a person who hired this attorney.
Hired attorney

John was hired by my firm to mediate our business litigation case. John was able to successfully able to speak to both sides and aid us to come to a good resolution two months prior to trial.
This review is from a person who hired this attorney.
Hired attorney

Our firm hired John Chapman's professional services to act for us in the Sarasota Court. I feel our case was quite complicated and John handled it as a true professional. I would not hesitate to use him again. He is brilliant !!
This review is from a person who hired this attorney.
Hired attorney

Mr. Chapman did an amazing job for me and my family. He was patient and so very understanding with us. I highly recommend him to anyone. I can't thank him and his staff enough for everything they did for me and my family.
This review is from a person who hired this attorney.
Hired attorney

John Chapman handled a permit case for me, and was one of the few lawyers I contacted who was willing to work in this area. He also was the only attorney I was considering who actually came out to look at the site and situation before taking the case. He came highly recommended, worked well with another lawyer I had working a complementary case, and did the necessary legwork before going to court that enabled us to succeed.

Mr. Chapman is very accessible and answers all your questions. He is very knowledgeable. He goes over and beyond his own responsibilities. The last time I used him he ended up doing work that the lawyers on the other side should have been handling but didn't. In the past 10 years, I have used him for many different things.

Sorry I hired Him

I hire John Chapmen who handle my case incredibly sloppy. John failed to provide an affirmative defence. Made several mistakes answering a complaint and failed to communicate case details. The firm also sent me other clients confidential correspondence on two separate occasions. There is more! To top it off John violated attorney-client privilege,
This review is from a person who hired this attorney.
Hired attorney
John Chapman's response: While I disagree with your assertions, I am sorry that you were unhappy with the service you felt you received and that our relationship ended the way it did. I trust that you are satisfied with your new counsel and wish you the best with your case.

I endorse this lawyer. John is a skilled mediator who helped resolve a case two months prior to trial. He is knowledgeable and fair in his assessment of cases.

I endorse John Chapman. I am a lawyer in Sarasota and have worked with John and against John in litigation involving probate, real estate and commercial law. He is very knowledgeable, professional and well respected. He always works hard for his clients.

I endorse this lawyer. John is a skilled advocate, highly intelligent and honest. I endorse him without reservation

I endorse John Chapman. John is very professional and ethical. He has substantial knowledge of both procedural and substantive law.

I endorse this lawyer. John is a life long resident of Sarasota and enjoys a fabulous reputation for his transactional and commercial litigation work.

John is a first class lawyer and a gentleman to boot. I would recommend him for any litigation matter.

John Chapman is an excellent trial lawyer and highly regarded in the Sarasota legal community. He is Board Certified in Business Litigation Law and handles complex commercial disputes as well as inheritance disputes. I have handled cases with and against John and have also successfully mediated one of his complex inheritance dispute cases. This lawyer has strong technical skills and a winning personality. He is a gentleman at the same time as he zealously represents his client. This combination of technical ability and civility makes John one of the lawyers to whom I refer cases. I highly recommend this lawyer to prospective clients.

John and I had a few cases against each other several years ago involving the same set of clients. He is knowledgeable and professional. He has a calm and pleasant demeanor and is easy to negotiate with. He quickly works towards practical settlements and resolutions of the legal problems of his clients.