Ernest Ricci is a shareholder at the Boatman Law Firm where he practices in the area of commercial litigation.

Mr. Ricci was born and raised in Pittsburgh, Pennsylvania.  He earned a Bachelor’s degree from Dickinson College with a major in Political Science in 2009.  While at Dickinson, he was a four-year athlete participating in football, and President of the Phi Delta Theta Fraternity.  He continued his studies at Ave Maria School of Law where he earned a Juris Doctor in 2012.  While in law school, he interned with the Office of the General Counsel for the Diocese of Pittsburgh, and the United States Attorney’s Office for the Western District of Pennsylvania.

Prior to joining the firm, Mr. Ricci served as Staff Counsel for the Judges of the Twentieth Judicial Circuit.  During his time there, he worked with the Circuit Court Judges in Charlotte, Lee, and Collier Counties drafting opinions and court orders, and advising the Judges on a daily basis.  As a result, he has gained extensive knowledge of the inner workings of the court system.

Mr. Ricci has resided in Naples, Florida since 2009.  In his spare time, he is an avid sports fan, enjoys running, and going to the beach. 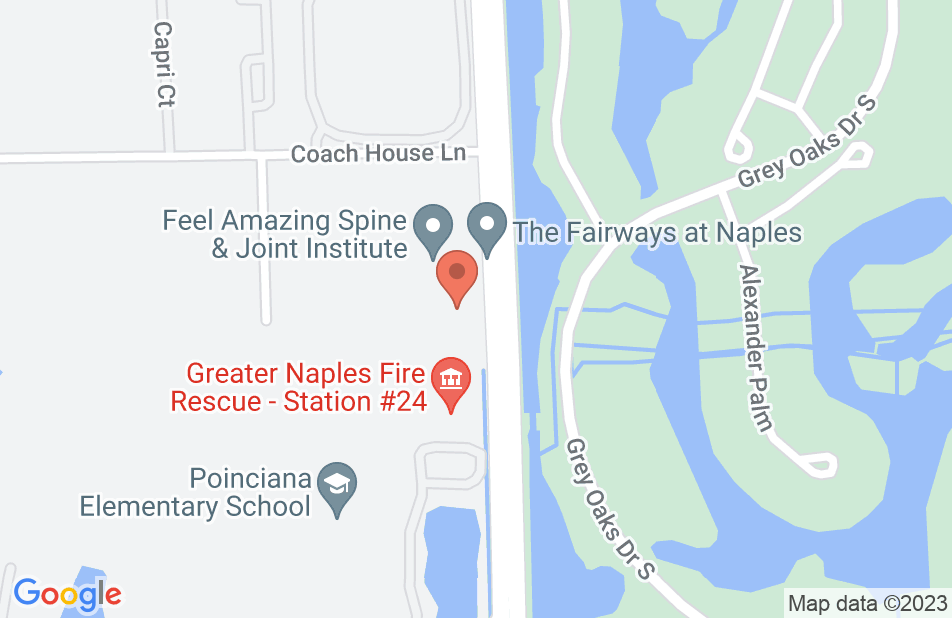 I met Mr. Ricci in June 2017 as we were the defendants in a business lawsuit. Mr. Ricci evaluated our case and immediately decided to represent our family. His expertise and knowledge was quickly evident and our confidence in him and Boatman Law firm grew throughout the course of the litigation. Mr. Ricci determined the plaintiff had no merit in the case. and was settled in February 2018. It was an absolute pleasure working with Mr. Ricci, and I would recommend him wholeheartedly.
This review is from a person who hired this attorney.
Hired attorney

I hired, as Successor Trustee, Attorney Ricci to resolve a Family Trust Lawsuit filed in Florida. I am a Massachusetts resident and not a lawyer, but Trustee of my father's Florida Trust. The suit was filed in Florida by my siblings claiming they wanted more control in the workings of the trust. Everybody wants to be in charge! I hired Attorney Ricci over the phone and worked with him for 18 months seeking resolution to the lawsuit. You will find him to be a good communicator, as he listened and then offered suggestions to get me on track with the legal theory and requirements of the case. He was always timely in the submissions of our legal documents. He also told me not to worry about next steps of "what if this or that", just let the case unfold as it will. Timely responses, as required, a lawyer that listen and good emotional support, everything you need in an attorney. The case resolved in mediation, as required under Florida law, before trail. Mediation is a process of giving. General Grant was task with giving a just peace at Appomattox, giving can sometimes heal the parties, sometimes no so much. Attorney Ricci is a great attorney to work with, both in interpersonal relationships and practice of the law in seeking resolution of the lawsuit.
This review is from a person who hired this attorney.
Hired attorney

Mr. Ricci was everything we were looking for to deal with our Homeowners Association, he and the law firm he is associated with helped us to to come to a settlement with our Association that has made things easier for both sides, and we thank Mr. Ricci and the firm he works with for everything they have done to take the stress off of our family.
This review is from a person who hired this attorney.
Hired attorney

The balcony above our condo was leaking into our living room causing significant damage and the HOA and management company were not acting on our behalf to resolve the issue. We reached out to Attorney Ernest Ricci of The Boatman Law Firm for assistance. We are extremely pleased with the results from Ernest's hard work. Our condo has now been repaired and the balcony is no longer leaking. Ernest was diligent, professional and extremely knowledgeable in Florida condominium law. We would not hesitate to retain Ernest again and recommend his services without question.
This review is from a potential client who consulted with this attorney.
Consulted attorney

My business needed a lawyer and we had a great lawyer. His knowledge and skills helped my company collect on what seemed to be a loss. His strive and dedication enabled us to collect quickly without the long exaggerated wait. We were well informed throughout the process and if we had any questions or concerns, he was accessible at anytime. I highly recommend Ernie for representation.
This review is from a person who hired this attorney.
Hired attorney

I am forever indebted to Ernest Ricci for his drive and determination to help my family in a lawsuit that was tearing us apart financially and emotionally. He recognized this distress and made the final push to counsel, persist and finish a trying time for all of us. He was able to listen and "talk us off the ledge", make recommendations and follow through to the finish line of a three year ordeal. I recommend him highly for his intelligence, intuitiveness, calm demeanor and follow through.
This review is from a person who hired this attorney.
Hired attorney

Mr. Ricci helped us out with a legal matter and was extremely helpful, respectful, very professional, and always kept us involved so we knew what was going on. He took care of everything so we would not be anxious. He was a great attorney and will use him again if ever needed.
This review is from a person who hired this attorney.
Hired attorney

Ernie is one of the kindest, most hardworking attorney I know. I highly recommend him to anyone seeking competent counsel in the area of commercial litigation.

I sincerely endorse this lawyer. Mr. Ricci maintains a high level of legal acumen and professionalism. He also gets the job done efficiently. It is always a pleasure to work with him.

Excellent, hard-working, ethical lawyer. And one of the best human beings I know.

You will not find a more loyal, honest, and hardworking attorney. He is a true embodiment of all that is best in the profession. His "client-first" mentality is something that leaves an impression from the first moment you walk in his office. It clearly frames everything he does. I've worked with him for years. I can not only attest to his willingness to always put the client's needs above his own, but I can also attest to his knowledge, expertise, and understanding of the most complex nuances in the law. It's why he can get resolution the way he does. It's why his clients return to him time and again. It's why I would recommend Ernie to anyone looking for a first-class attorney. He is a true resource and blessing for colleagues and clients alike.

Ernie is a sharp attorney and a fierce advocate for his clients. I strongly endorse him.