Mr. Hiepe earned his Bachelor of Science in Accounting from the University of South Florida in Tampa and his Juris Doctor from Stetson College of Law in Gulfport, Florida.  He has been practicing law since 1981.  In 1998 he redirected his practice to the area of consumer bankruptcy, and has limited his practice to filing Chapter 7 and Chapter 13 bankruptcies since that time.  He has filed over 3,000 bankruptcies during his career.  He emphasizes personal representation of all of his clients while assisting them in rebuilding their financial lives through the bankruptcy process.  Mr. Hiepe operates consumer bankruptcy offices in St. Petersburg and Lakeland.

Mr. Hiepe is a lifelong resident of Pinellas County and has had family ties to Pinellas and Polk counties.  He resides in Pinellas County with his wife and their son.  They are long-time active members of their church and are involved in several Christian ministries. 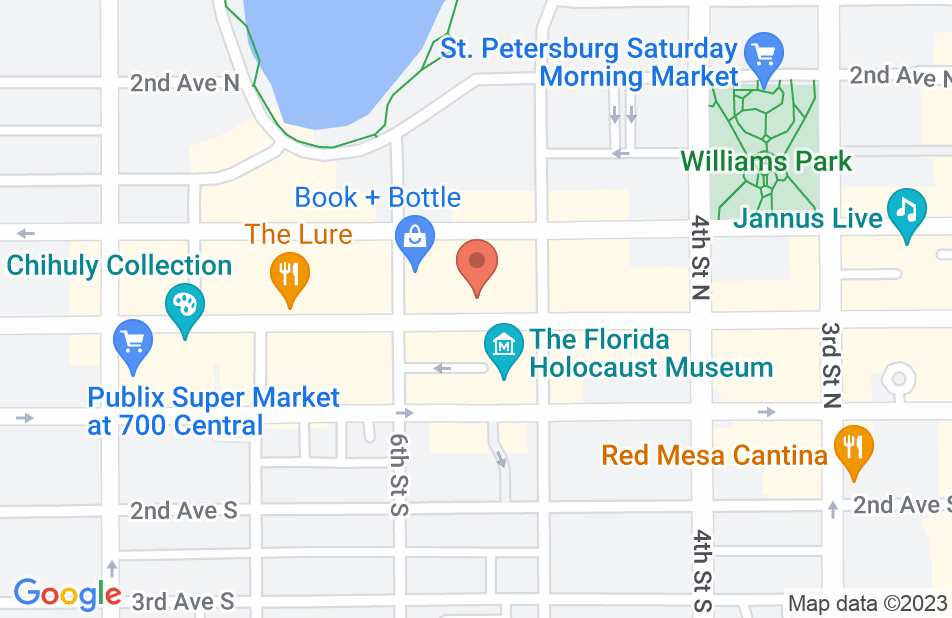 I came to Mr Hiepe about a year ago with numerous debts and liens. Through patience and alot of work, we worked together to get me into a chapter 7 instead of a 13. He was patient and very informative during the entire process and really looked out for my needs. Thank you Randy !! After all this I am proud to call you a friend.
This review is from a person who hired this attorney.
Hired attorney

Posted by Phillip and LorettaTue May 12 2020

Randall is a breath of fresh air in today's climate of being just a number or another client. He takes his time with you, Makes sure you understand all aspects of your case. He will work with you to make sure you get through one of the most difficult times of your life. He goes the extra mile time and time again. If you have questions he makes you understands. Has a great sense of humor. My wife and I are extremely happy that we choose Randall to help us with our financial disaster. He got us into Chapter 7 then gave us advice on how to proceed with our credit future after bankruptcy! This is such a critical part of this process. Loretta and I are extremely Happy with Randall and his service.I would recommend him to anyone. We can not Thank him enough for all his time, patience, understanding and most of all giving us piece of mind on our financial future.
This review is from a person who hired this attorney.
Hired attorney

I was referred to Mr. Hiepe by a friend. Personally, I was very overwhelmed in thinking about talking with a lawyer about bankruptcy however, I was at the end of rope and did not know what to do. After meeting with Randall, he really gave me hope that I could get through this and could come out the other side with a new beginning. Randall will work through the process with you and it is time consuming and you have to do the work but once you are on the other side you can feel like you can have a life again. I want to thank Randall for helping me through this process and don't feel so overwhelmed and I do feel that he has given me a new beginning. If you listen and do what Mr. Hiepe tells you to do, you too and have a new beginning. Thank you with all my heart. Carol
This review is from a person who hired this attorney.
Hired attorney

Randall's consultation and subsequent legal performance. He knew exactly how to guide us through our complicated bankruptcy and made sure the information we needed to provide was complete.
This review is from a person who hired this attorney.
Hired attorney

Randy & Sharon are Angels from Heaven. My Husband had passed away, then life happened. I couldn't make ends meet. We've always payed our bills. Then I started being sued. With everything that comes from a spouse passing, I didn't know which end was up. I talked to a lot of Lawyers about filing bankruptcy. With trying to ask questions for the best solution for my situation, they seemed to be uncaring, and wanted me to make a quick decision to hire them. Bankruptcy to me has always been a bad word. The last Lawyer that I had talk to (in a two week period), I hung up the phone, looked to God, and said, " Dear God, I don't know what to do, you'll have to sent me the right person." The next day, a mailer came in the mail from Randy's office. I checked his Credentials, and made the call. What a relief!! He had me come into the office to talk. I was so STRESSED. To my amazement, he was more worried about me. We talked about the things that happened when my Husband passed, and what was happening to me legally. What compassion! From the start to the end, there was nothing that I had to go through alone. Randy & Sharon, were only a phone call away (legally and personally). If you think bankruptcy's hard, going through the death of a spouse is paralyzing. So, if your reading this, MAKE THE CALL. Randy & Sharon Thank You for everything. God Bless. I couldn't of made it without you. Thanks Again, Barbara
This review is from a person who hired this attorney.
Hired attorney

Mr Hiepe has been wonderful throughout my whole process. He worked hard on my case even staying in the office late to get my papers filed the next day! He walked me through every step, made sure I knew exactly what to expect and turned a stressful situation into a fresh start. I definitely recommend using Randy Hiepe.
This review is from a person who hired this attorney.
Hired attorney

I first saw Randall in action when he was on the other side of Bankruptcy for the Federal Courts...and told my wife...if this guy ever goes into private practice, he's the one I would call! Well... later he did go into private practice and he has now been my Attorney regarding finances for eighteen years! I have sought his advice and assistance on several occasions regarding business and personal matters and the results have always been incredible. Mr. Hiepe is a professional above and beyond his call of duty, very likable and a man of true faith which is important in doing the just and right thing for his clients. I would highly recommend him to anyone and all as he is there for you 100%...and he is now my Attorney for Life!
This review is from a person who hired this attorney.
Hired attorney

I am so delighted that I chose Mr. Hiepe for my first time bankruptcy. I found him very professional, knowledgeable, informative, dedicated to my success, very thorough and detailed with my information, nothing came back to resubmit or fix for the court !!! Mr. Hiepe has an unassailable reputation amongst his clients and his professional fellow peers in the central Florida area, and with the Tampa Federal Bankruptcy Court !!! If you want your bankruptcy done right, with no errors or resubmissions, make the right choice and beat a path to Mr. Hiepe's office where he and his staff will do you right !!! - Jeff
This review is from a person who hired this attorney.
Hired attorney

Mr. Hiepe, Randy, is what all lawyers, and people in general, should be. I do not have one complaint. He, and Sharon, were will me 100%. Trust this man. He knows what he is doing. His kindness is real. I cant say enough good things about this gentleman.
This review is from a person who hired this attorney.
Hired attorney

Considering bankruptcy can be embarrassing and stressful but Attorney Randy Hiepe made us feel comfortable and understood our situation. We felt confident in his expertise. He has helped us achieve a new start. Thank you for your help and patience. You are truly the best lawyer any one could ever hope for.
This review is from a person who hired this attorney.
Hired attorney
See all reviews