David spent two years working as a collections attorney for a large Tampa firm, representing banks and other lenders in lawsuits over credit cards, vehicle loans, and home equity loans, as well as representing small businesses in the collection of outstanding invoices and judgments.  He then joined a smaller, consumer-based law firm, providing legal counsel in the areas of family law, juvenile dependency, and foreclosure. David opened his solo practice, Hoffman Law Firm, P.A., on February 14, 2014, serving clients throughout the Tampa Bay area in areas including divorce, child support, custody, and dependency. In April 2016, David closed his practice to join Hunter Law Group.

David serves on the Board of Directors for the South Tampa Chamber of Commerce as their Consulting Attorney. Through the South Tampa Chamber, David volunteers his time to projects and events benefiting local businesses as well as military families and veterans. David has also been a member of the Tampa Bay Inn of Court since 2013. 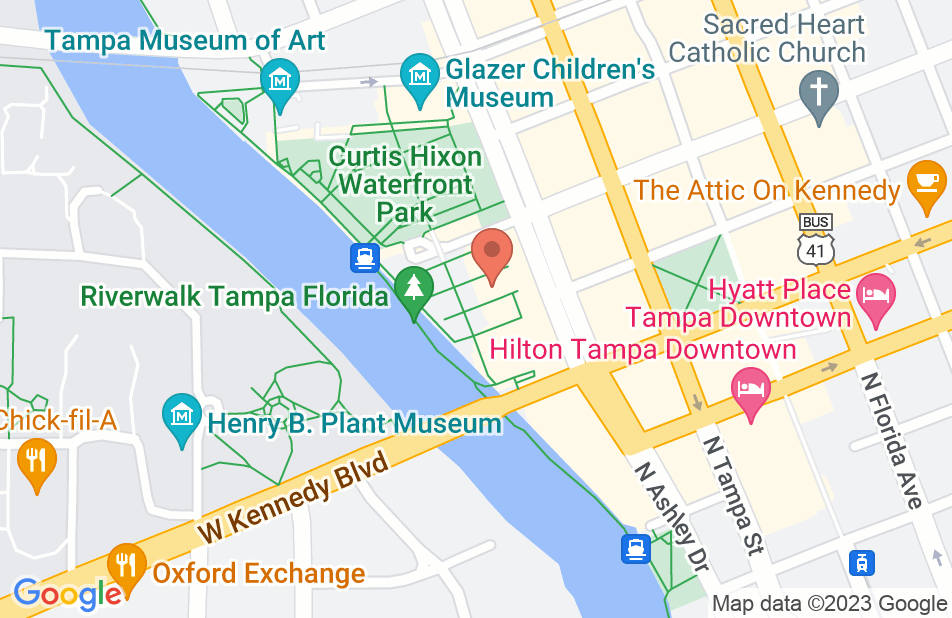 I hired Mr. Hoffman, to represent me & file my divorce case. Mr. Hoffman made sure to always be available for any questions or concerns I had regarding any paperwork I had to fill out. Never did I have a doubt as he made sure to fully explain anything I had questions about. He worked hard on my case & managed to get me what I needed in my case in such a short amount of time. My divorced finialized within 60 days. He also made sure to use time management wisely as I’m a full time working mother of 2 children with limited time availaible. Mr. Hoffman’s work ethic made my process a lot smoother & easier on me & my family.
This review is from a person who hired this attorney.
Hired attorney

I hired David Hoffman to represent me in a divorce case and am so pleased and impressed with his professionalism. He has taken excellent care of me as a client and walked me through the process like a guardian and obtained an excellent outcome within a short amount of time for me as well. I highly recommend David for your legal needs.
This review is from a person who hired this attorney.
Hired attorney

I was referred to Mr Hoffman by a friend. Mr Hoffman immediately gave me a appointment at his office in downtown Tampa. He took the time to answer all my questions regarding custody/child support for my 2 daughters. My 1st appointment with him was in May 2017 and today,January 2018 Im finally done with all the process and court days, I was able to obtain custody of my girls and a big part of that was due to the assistance from Mr Hoffman. Thank You very much.
This review is from a person who hired this attorney.
Hired attorney

I had a uncommon situation that pertains to getting a Marriage annulled asap.. I was referred to me. Hoffman he met with me took time to hear my story he was professional kind and empathetic and also very honest. I knew I made the right choice with him and I have no regrets he got the job done and he was straight to the point yet remained poised...it was fast and it was great! Because Annulment cases in Florida are rare and detailed so I was in good hands with this attorney.. And did I say Honest too!!
This review is from a person who hired this attorney.
Hired attorney

David Hoffman is an incredible lawyer. He took the time to carefully look over my case, listen to details I explained about it, and did everything he could to get me the best possible situation for my family that was possible. His response time was quick and the total time it took for the case to be closed was very short. I would definitely recommend him to anyone who is looking for an incredible attorney.
This review is from a person who hired this attorney.
Hired attorney

Throughout a stressful event in my life, David was helpful, responsive, and professional. The final court hearing was a positive experience simply because he was prepared and I only had to give simple answers to his questions- I saw many people flounder for answers because they were nervous and I'm so glad he made it so easy. I would certainly recommend him to friends and already have.
This review is from a person who hired this attorney.
Hired attorney

David Hoffman is an excellent attorney. He is very competent, knowledgeable, and thorough. He cares greatly about the interests of his clients and advocates aggressively to advance those interests. I highly recommend attorney David Hoffman.
This review is from a potential client who consulted with this attorney.
Consulted attorney

I had a family law case that was not going everywhere. The case was open for a year and there was no movement so I hired David and could not believe how quickly he responded and followed-up on everything. He made sure that my rights were protected and he helped expedite the case. I have recommended David to a few friends and they have shared similar results with me. David is a fantastic and ethical attorney and when he says he will do something, he does it. Hiring David has been one of my better decisions and I wish I would have done so earlier. I will definitely continue to recommend David for any family law issues.
This review is from a person who hired this attorney.
Hired attorney

Accompanied me in court on four occasions in July and August 2015. He helped me achieve my goal of getting a permanent injunction for protection against stalking. He was recommended to me by a relative, and proved to be quite effective in representing me. I highly recommend him to others seeking similar services.
This review is from a person who hired this attorney.
Hired attorney

I met David through a mutual friend and he represented me in a DVI hearing. He was very helpful, tech friendly, and knowledgeable on the applicable laws. In some (most) of the family law stuff, there's a certain amount of "therapist" required and David, gratefully, was a very gracious listener. Because of these traits, I recommended my parents hire him to represent them in their DVI case.
This review is from a person who hired this attorney.
Hired attorney
See all reviews

David was opposing counsel on a highly contested family law matter. I can personally attest that his work product and professionalism are above reproach. I fully and confidently endorse him.

David was my opposing counsel on a case that, although was by agreement, had some issues that needed to be worked out. He was accommodating whenever possible, and he was tough when he needed to be. But overall, he was always professional and respectful. David is an asset to our legal community!

David Hoffman is an excellent attorney. He is very competent, knowledgeable, and thorough. He cares greatly about the interests of his clients and advocates aggressively to advance those interests. I highly recommend attorney David Hoffman.

David is a tireless litigator. He truly cares about his client's best interests and is not afraid of tough battles to achieve results. Professional, knowledgeable, and courteous, I would recommend David to clients in need of a litigator

Mr. Hoffman was a true professional from my first contact with him as opposing counsel. He has always been very courteous and responsive in all communications, whether written or oral. Advocating for his client’s interest while maintaining a high level of professionalism makes him a true asset to this profession and a gentleman.

Mr. Hoffman was counsel representing a party in a case where I represented another party. He was professional, personable, knowledgeable, and very engaged with his client. I love seeing professional highly competent lawyers who are also good people -- and that is Mr. Hoffman. His interest in the case went beyond mere handling of legal tasks; you could tell that he cared about his client and the case.

I endorse this lawyer. David is a great attorney.

David is a zealous advocate who works towards his clients' objectives using his vast legal knowledge, negotiation and litigation skills.

David takes the time to understand the client's issue. A thoughtful and conscientious advocate. I endorse this lawyer.

David is a strong advocate for clients who are experiencing difficulties and need a sympathetic and dependable attorney.